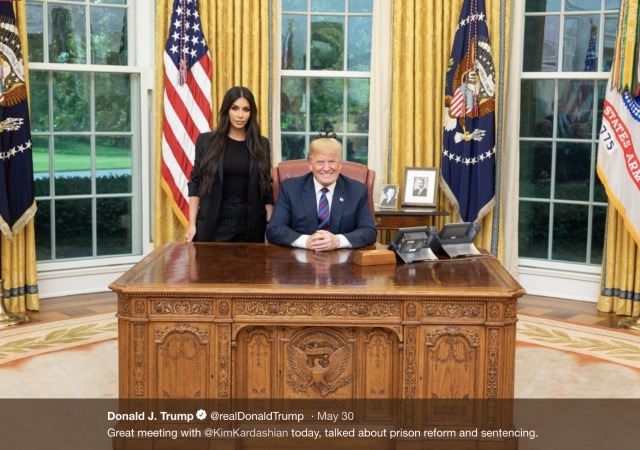 Reality star Kim Kardashian has advocated clemency for Alice Johnson, a 63-year-old grandmother sentenced to life for cocaine trafficking even though it was her first offense.

Kardashian met with President Donald Trump last week at the White House to plead for Johnson. Looks like it worked.

Holley said it wasn’t yet clear whether Trump had granted Johnson a pardon or a sentence commutation, though the latter was more likely. The White House didn’t immediately respond to a request for comment.

Kardashian West and Holley won a highly sought-after meeting with Trump after weeks of negotiations with Trump’s son-in-law and adviser, Jared Kushner, Business Insider previously reported. The talks came shortly after Kardashian West’s husband, rapper Kanye West, made waves in the media for declaring his fervent support for Trump.