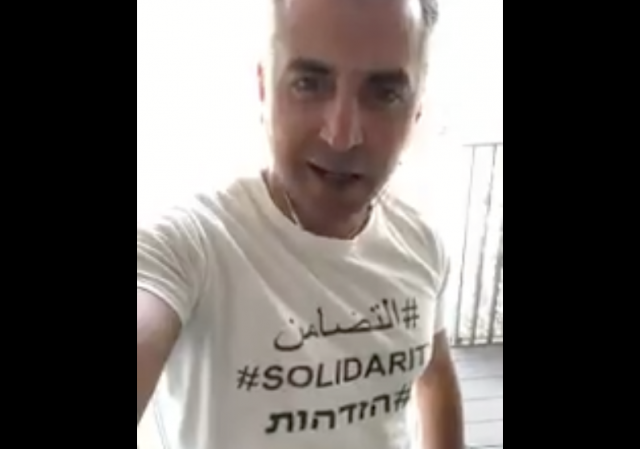 Couldn’t have happened to a nicer organization.

Monday, the Southern Poverty Law Center announced they’d forked over $3 million in a settlement over the inclusion of Maajid Nawaz and the Quilliam Foundation in their Field Guide to Anti-Muslim Extremists.

The Southern Poverty Law Center was wrong to include Maajid Nawaz and the Quilliam Foundation in our Field Guide to Anti-Muslim Extremists. Since we published the Field Guide, we have taken the time to do more research and have consulted with human rights advocates we respect. We’ve found that Mr. Nawaz and Quilliam have made valuable and important contributions to public discourse, including by promoting pluralism and condemning both anti-Muslim bigotry and Islamist extremism. Although we may have our differences with some of the positions that Mr. Nawaz and Quilliam have taken, they are most certainly not anti-Muslim extremists. We would like to extend our sincerest apologies to Mr. Nawaz, Quilliam, and our readers for the error, and we wish Mr. Nawaz and Quilliam all the best.

And the apology from SPLC president, Richard Cohen.

Maajid posted a video on Twitter saying this isn’t the time “to gloat.”

“Too much and for too long many on the left have been trying to shut down any debate of critique or criticism of around Islam, especially by Muslims within Muslim communities. This moment should teach us all a lesson and allow us all to work together,” said Maajid.

Heck, even Bill Maher agrees with Maajid on this one:

Anyway, this is great news for Maajid:

I don’t fuck around.

Our website appears to have crashed due to traffic. Don’t worry. It’s all true. This ain’t no dream. We won #Solidarity ????????

Amazon recently solicited the help of the SPLC in deciding which charities ought to be included in the site’s charity program.

Congrats to Maajid. And three cheers for fighting back.

SPLC is guided by the diversity doctrine. Nawaz is the right color, but the wrong character. So, let’s give SPLC the benefit of the doubt, and assign their characterization “Two Asses”… Donkeys. One for color judgment. And one for character libel.

First of many more lawsuits to come against them I bet…..

JusticeDelivered in reply to notamemberofanyorganizedpolicital. | June 18, 2018 at 9:44 pm

SPLC forced United Klans of America into bankruptcy. It would be poetic if they now receive the same treatment.

Watch. The SPLC and all its defenders will use this as all the evidence needed to say that the center is unbiased and admits errors. Every new bias claim will be excused as unfounded. Just look at this settlement!

The Middle American Middle Class Equity Center (MAMCEC), which I just founded, herewith holds the SPLC in contempt as a hate group.

So when is that racist, bigoted, fascist stain on humanity going to pay the rest of us?

If I had to guess, they’re not sorry they did it. They’re sorry they got caught and had to pay for it.

This is great – precisely how Republicans broke the back of the KKK.

After Jeff Sessions, and a few others, secured some big criminal convictions, the leadership of the KKK got sued out of existence in civil court.

If everyone, and every organization, falsely labelled a hate group by SPLC sued them, and also sued the individuals working there, they’d disappear in a couple years.

Wonder what it will take to get my little (25 people) archery club in nowhere Texas off their targeted hate list?

From what I’ve read & understood, the SPLC is awash in $$ and, in fact, to NOT appear to defy rules that limit the amount of resources that a 501(c)(3) organization can legally hold in reserve, some of their vast funding is parked oversees and/or in private holdings and NOT reported to the IRS. Cohen has very successfully tapped into several very wealthy libtoids who have happily bestowed mucho dinero on his organization! I don’t have all the details, but sources I trust assure me that most of this is true!