Reporter succumbs to the poisonous fruit of the #FakeNews tree

Reporter succumbs to the poisonous fruit of the #FakeNews tree 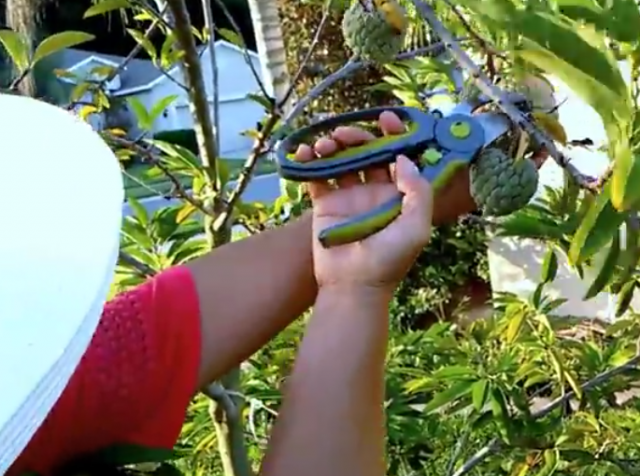 Recently, members of the American press were quickly trying to tie the horrendous shooting by Jarrod Ramos at Capital Gazette in Annapolis, MD, to President Trump’s declaration that the press is the “enemy of the people”.

President Trump has been on record that #FakeNews is the enemy of the people, which is true. However, one intrepid Massachusetts journalist decided to create some alternative facts to blame trump for Ramos’ attack on the newspaper.

Connor Berry knowingly tweeted #FakeNews in an attempt to blame #MAGA 4 the actions of a madman with a grudge. We’re supposed to forgive him because he said “sorry” @therealroseanne said sorry 4 a bad joke &her life was ruined. #Hypocrite #WalkAway #Qanon #SaturdayMorning https://t.co/HpeM4YmVJC

He has now resigned.

A Massachusetts newspaper reporter has resigned after falsely suggesting the perpetrator of the deadly shooting at a Maryland newspaper was wearing a President Donald Trump-inspired “Make America Great Again” hat.

The Republican newspaper in Springfield reports Conor Berry has apologized for tarnishing the “good work of fair-minded journalists everywhere” in his Friday resignation letter.

…The Republican’s executive editor Wayne Phaneuf says journalists must be “more vigilant than ever” in their efforts to be fair and accurate. Trump frequently criticizes reporters as peddlers of “fake news.”

Surprisingly, Berry has taken responsibility for his actions.

“I am ashamed of my tweet, which taints the good work of fair-minded journalists everywhere,” Berry said.

…In a follow-up interview with the Boston Globe, Berry said his tweet was a “snarky, sarcastic, cynical remark,” and lamented that his tweet gave more fuel to critics of the news media that believe reporters try to push a partisan agenda.

Folks, My 21-year career as a “journalist,” a fancy term that makes my skin crawl, frankly, came to a screeching halt yesterday with one stupid, regrettable tweet. Can’t take it back; wish I could. My sincere apologies to all good, hardworking reporters and to POTUS supporters.

Interestingly, I was treated to a celebration of #FakeNews this morning, from Yahoo News, as I was heading to open my email.

I am so old I remember when “Fake but Accurate” cost a veteran, celebrity news anchor and his producer their careers.

It was September 8, 2004, less than two months before the 2004 Presidential election. CBS News aired a 60 Minutes™ broadcast hosted by News Anchor Dan Rather, centered on four documents critical of President George W. Bush’s National Guard service in 1972-‘73. The documents were supposed to have been written by Bush’s commander, Lieutenant Colonel Jerry B. Killian, who’d passed away in 1984.

…Within hours of the broadcast, the documents were criticized as forgeries. Internet forums and blogs challenged the terminology and typography of the memos. Within days it came out that the font used in the memos didn’t exist at the time the documents were supposed to have been written.

That didn’t stop the Boston Globe from running a story entitled “Authenticity Backed on Bush Documents”, a story they later had to retract.

…CBS News would ultimately retract the story, as it came out that Producer Mary Mapes collaborated on it with the Kerry campaign. Several network news people lost their jobs, including Rather and Mapes.

If Yahoo News is trying to celebrate a “Fake but Accurate” story, then the polling for the Democrats that the media usually supports must be truly dire. It appears the attempt to undermine Trump with ginned-up political hysteria has also failed on this issue.

In a new Harvard/Harris poll released this week exclusively to The Hill, President Trump’s overall approval rating rose to 47 percent, just two points shy of the highest level of his presidency, per that survey. The main driver of his growing popularity now: a stunning 10 percent rise in Trump approval among Hispanics.

Perhaps instead of making themselves the story, American journalists can go back and simply report on who, what, where, when and why. They will then avoid succumbing to the fruit of the poisonous #FakeNews tree.

This is one of those dumbnuts things that college students who start their weekend drinking a bit early think is hysterically witty at about 3:30AM, but they realize might not be such a hoot by the time they come out of their fog about noon the next day.

In other related news, disgraced “journalist”, a fancy term that makes my skin crawl too 😉 , Conor Berry was seen accepting a manilla envelope from CNN’s Whiney Jim Acosta 🙂

With all due respect, you made a very poor choice for the image at the top. That fruit may look strange to you, but believe me, it is nowhere poisonous, and actually delicious.

I am limited to what I can find on a Youtube video, and by the fact that botany is one area of science that holds little appeal to me.

Finding a Youtube video to use that ties into my story, for the graphic, is the bane of by existence as an author.

No biggie.
I didn’t expect you to take me seriously.
If you ever visit Miami, I can tell you where to find this fruit. No guarantees though, as it has become extremely rare.

I would be delighted to take you up on the offer! 😀

The left poisons everything they touch.

Perhaps that fruit was delicious. Touched by the left, it is now fruit of a poisoned tree.

This might be why people trust the media less and less.

In the days of McGovern, it was 1000 percent. Even the full backing of the Democrat Partry is devalued.

If a #FakeNews tree falls in the forest, will the MSM report it?

They would lie about it and blame Trump for the loss of the poor tree!

Even if it didn’t they would make it a possibility under Trump.

A cult of obnoxious narcissist ignoramuses, each trying to out-do the other in stupid acts, to get the approval of the other cult narcissists.

So does the freak who tried to murder Steve Scalies.

So does Tom Styer, come to think of it. Do does Cynthia Nixon, and that 28 year old commie imbecile who won the democrat primary back East. So does that beast Michael Moore. Then there is that corrupt loser, hillary klinton. Then there’s barack hussein obama (or whoever he really is.) And his fake, transgender ‘wife.’

These people are trying to crash our nation to reform it into a dictatorship in which they have absolute power.

No surprise they so are so viciously threatened by the Second Amendment. And no surprise we so vigorously defend it like our freedom and our lives are at stake.

— And as pathetic and imbecilic as the sheep who bought into fraudster Al Gore’s hysteria of global warming, making him a billionaire off the backs of the rest of us.

Screw these people. There’s a wall up now: us. (Trump is our George Patton.)

Now for something really funny:

It takes your food seven seconds to get from your mouth to your stomach.

One human hair can support 6.6 pounds.

The average man’s penis is two times the length of his thumb.

Human thighbones are stronger than concrete.

A woman’s heart beats faster than a man’s.

There are about one trillion bacteria on each of your feet.

The average person’s skin weighs twice as much as the brain.

Your body uses 300 muscles to balance itself when you are standing still.

If saliva cannot dissolve something, you cannot taste it.

Women will be finished reading this by now.

Too true! Note that it is more than one full day since you posted this comment and I am still looking at my thumbs.

I remember the fake but accurate 60 min story. What was more amazing is that the leftists made a movie about it called Truth!

Conor Berry’s mistake is a logical extension of the groupthink of the ‘journalist’ profession. It feels so warm and fuzzy to be part of the righteous mob, that any attempt by the perp to gain peer-group approbation, by creative fictions like that MAGA hat, anticipates a sure reward with no possible downside.

Many people seem to be only vaguely aware of the internet in this age. Facts can be checked before the police issue a statement. The police are slow because they check and double check details before releasing the information to the public. In 24 hours 90% of the facts can be ascertained by internet users.

While there were three networks, there was really only one storyline coming from all of the most revered anchors across them all.

The US hasn’t had a “free and fair press” for quite a number of years. Up until the Clinton administration, the press had a free hand to spin whatever story they wanted in any direction they wanted. Then, in their eyes, that rat-bastard Drudge ruined everything. All of a sudden there was another version of the news. Worse, there was suddenly news that the mainstream press didn’t even want to acknowledge as being news. And then there was even a whole network that went against the majority and reported bad news about democrats. WHAT?! Where’d that come from?! We’ll not stand for that!

So, from the GW Bush years forward the mainstream news had a nonstop mission to represent the left as good and the right as bad (even more so than they had done in the past). My wife was pointing out during that timeframe that there was nothing he could do that the press didn’t spin as bad, and they attacked without mercy at every opportunity.

Then, obama came along and the press (minus FOX) finally had their knight in shining armor. They sang his praises, hid his foibles and scandals, refused to research into his past beyond what obama himself gave them as “fact” (and fought to dispel any disagreements with that), and again mercilessly attacked anyone or anything that dared to disagree with their established truths.

All of this came to a crescendo and turned the average American against the press. “Don’t believe your lying eyes. Believe us, dammit!” THAT is when the majority of Americans turned against the American press – well before Trump. And to be honest, Trump was the result, not the cause of America’s disdain for CNN, MSNBC, and all the rest. Finally, someone who would call a turd a turd.

Bottom line: Trump didn’t create the current animosity being directed toward the US Press. They, themselves, created the atmosphere that the animosity easily grew within. And this guy got caught trying to set the meme.

He took a gamble to be “out in front with the headline” and be the first to push the anti-Trump meme…. and was wrong.