The reaction of the American press shows a successful trajectory. 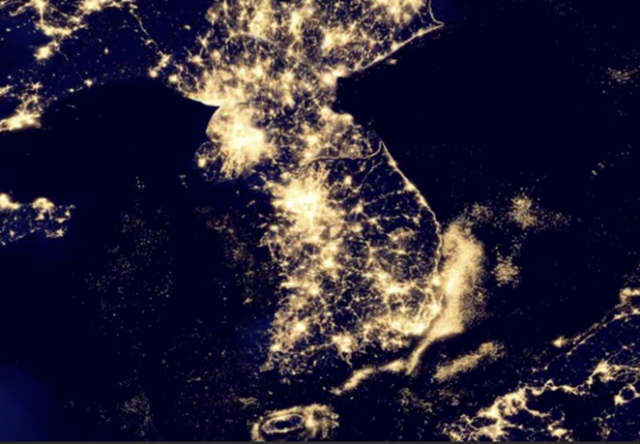 One of the reasons that I think that President Donald’s Trump bid to change the nature of our relationship with North Korea, as well as its place in the world, has been a success is the response of the American media.

For example, during the Summit in Singapore, when it became apparent that both Trump and North Korea’s Chairman Kim Jong-Un were going to have a highly productive meeting that included an informal agreement, the faces on the elite media members were reminiscent of Election Night 2016. Rachel Maddow seemed especially sad. 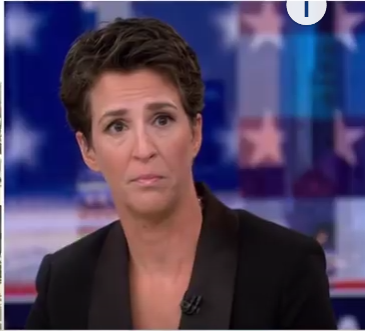 Another reason for my optimism is the snark that has been leveled at an innovate bit of video diplomacy launched by Trump, who showed the movie buff Kim an intriguing, new production.

The video, “A Story of Opportunity,” begins with various images highlighting both American and North Korean culture and seems to be a trailer of what’s envisioned as a lasting product of the summit.

“History may appear to repeat itself for generations, cycles that never seem to end,” the narrator intones. “There comes a time where only a few are called upon to make a difference, but the question is, what difference will the few make?” he says as images of Trump and Kim appear.

More images are seen, of Kim crossing through the infamous Demilitarized Zone with South Korean President Moon Jae-in, another historic first for the strongman’s Hermit Kingdom.

“Two men, two leaders, one destiny. A story about a special moment in time when a man is presented with one chance that may never be repeated — what will he choose?”

I thought the video was a brilliant change from the threat-oriented, bribe-based Smart Diplomacy offered by previous administrations that eventually lead to Kim lobbing test ballistic missiles toward Guam. My favorite part, depicting one possible future, shows the classic satellite image of a dark North Korea altered to one in which it is lit as brightly as its southern counterpart.

In fact, this production seems part of a new trend in social media diplomacy that was also recently practiced by Israel’s Prime Minister Benjamin Netanyahu. Netanyahu released a video in which he offered Israel’s water expertise to an Iran he said faces an environmental disaster due to persistent drought. The videos allow the leaders of one nation to directly address the citizens of another, bypassing the messaging they normally receive.

Needless to say, the Trump-haters and the elite media detested the production, confusing persuasion with propaganda. The over-the-top reactions confirm “A Story of Opportunity” was a palpable hit.

During his historic meeting with Kim Jong Un, President Donald Trump played a propaganda-like video praising the summit between both leaders.

The President said the White House produced video could be ‘the future’ for the North Koreans. https://t.co/4rVOJOe6gZ

The nature of Donald Trump’s propaganda video for Kim Jong Un—its grandiosity, its gaudiness, its chaotic logic—is such that we must understand the President as its author. https://t.co/zBZ1uA8hBg

One statement during the summit that caught my ear, as Kim said it was time to ‘leave the past behind‘ and embark on a new era of relations with America while promising that the world will see a ‘major change.’ I think this confirms my optimism, and I hope to see that Kim directs his people to make the positive images in the diplomatic video a reality.

Having a new Korean peninsula satellite image would be, using one of our President’s favorite words, beautiful!

I sure wish our press would leave Election Night 2016 behind, and not shoot down a major peace initiative that has been launched with snark and disdain.

Never before could a class of people be so consistently counted on to emote foolish banalities as today’s modern Democrat. Cretins all.

Don’t you mean today’s modern MSM?? Woops, never mind.. one in the same.

Well, I’ve lived long enough to see liberals join hands with longtime neocons and condemn outreach and efforts to bring peace. This after Obama was handed a Peace Prize based purely on the promise of bringing peace to a world wracked with conflict.

Just a little ironic humor. Since when has hype and marketing not been an important part of politics?

Not a word for South Korean President Moon Jae-in? He was the one who got things started and kept them rolling when Trump & Kim were backing off?

Really? You don’t want to give a bit of credit where credit is due?

Do you realize that, so far, the one who has benefited is Kim Jung-Un? Maybe this will be great for world peace, but as of now, Kim has offered nothing that NK has not promised before. Do you know that? Do you really think Kim is going to give up what got him there without a high price?

Do you have a degree from Trump U? How many Trump steaks have you eaten? Drunk much Trump water? How about his Kool-Aid? The man is the YellowGrifterInChief.

Nobody denies that Trump or his staff have become masters of new media. But the job of President is more than being a front.

The best that can be said for S Korea Pres. Moon Jae-in is that he wasn’t an obstructionist. Other than that, “everything that guy just said is bullshit.” – Joe Pesci ‘My Cousin Vinny’

You are truly ignorant on this. I guess that explains how you could be a Trump supporter.

Crawl back in the hole.

Seems like you are a tad off in your assessment

Knee jerk is as knee jerk does.
It’s so much easier to bask in your self-confirming certitudes when you never bother to
READ THE FRIGGIN’ ARTICLE.

Even the summary of the video in the article mentions the South Korean President and the North Korean Tyrant meeting in the DMZ.

Obama got nominated for a Peace Prize for just getting elected.
Personally, I’d wait to see if the NK’s actually do what they agreed to do before any nominations based on the summit, but at least this time the nomination has a basis in reality.

Obama didn’t win the Peace Prize because of some hope of peace. Would they have given it to any white person who was just elected President and accomplished nothing? They gave it to him because he is black. They were thrilled that a Black was elected President.

They appeared one day on here, Fox News etc. I wouldn’t be surprised if they are paid trolls. They did this to Rush Limbaugh. Using programs and paid trolls to make his advertisers think there was huge amounts of people against him. Limbaugh brought in pros to check just who these people were.

Unfortunately when the dog keeps biting, it becomes a story.

Here’s something to consider. How do you think all the stories (big, small, exaggerated, inconsequential) have been broken. Do you think the Trump administration put them out as we have come to know them?

Whatever you think about the pre-election meeting in Trump Tower, the only reason you know about it at is because of the ‘failing’ New York Times.

That doesn’t actually work in favor of the NYT.

Hey, chief, calm down. You’re coming off kinda needy with the forty paragraph response to a dog bites man story.

The current Kim, and his dad also, are/were film buffs. Normally that’s a signal of virtue to American progressives. Only when the unworthy Trump dabbles in their precious film medium do they react with horror, regardless that it may be effective in the communications between leaders they pretend to want.

Fortunately, there’s little these midgets can do to sabotage the President’s efforts this time. All their yammering is for domestic consumption only.

I happened to catch NBC’s coverage of the greeting and preliminaries to the private discussion.

Laughed my ass off. The sadness was palpable. As was their jealousy of DeNiro.

What a great time to be alive.

This also works. Never before has a class of people been so consistently counted on to be so wrong all of the time.

The Western Main Stream Media are simply the Lilliputians of our time.

How is this any different or worse than the “inspirational” docudrama diet that Hollywood types try to put out on the public telling us how to live our lives?

Quite simply this: Trump learned enough about him to determine this was the best way to get his message across. As Scott Adams noted, Might Be The Best Thing Anybody Ever Did In A Negotiation, Period”

It isn’t even just that. This sort of presentation is standard fare in the real estate industry along with a number of others, like advertising. President Trump is simply doing what he knows how to do best and has been practicing for a lifetime.

Leslie’s got it. There is lots of information about Kim that we don’t know, and Trump does.

The film is just a part of selling Kim on a better future for him, NK, and the rest of the world.

It’s pathetic what the progs are, nasty, vicious killers with no concern other than turning the USA into a Marxist state.

Trump could have shown Kim one more very short video. What North Korea might look like if Fat Boy miscalculates with the use of a live nuke.

No need, that message has already been delivered. The punch line – “You personally will not survive”.

Trump, or one of his advisers, simply had the bright idea of speaking to Kim in one of the few languages he respects.

The MSM response to the video demonstrate why nothing useful has been done in foreign policy in my lifetime.

I do believe there will be attempts to sabotage the agreement. Jim Acosta has already tried.

For the past month, whenever I think of the MSM and it’s attacks upon President Trump an old childhood song just seems to play through my head. Almost like it’s on automatic:

These idiots from the MSM think they’re making their comments in a vacumn and that nobody will remember what they’re saying – or their attitudes. Heh, talk about deceived! I can still recall the supercilious tones of Uncle Walter on the nightly news telling America ‘what to think’. That old reprobate commie bastard misled my country for decades! The same thing will be said of these losers when ‘Santa Claus’ comes to town – just wait and see.

The media are so clueless and stupid. The Kim family are big cinema buffs. Kim Jon Il, his father, fashioned himself as a talented motion picture producer. This was a great tactic to appeal to ego and nostalgia in a way that’s highly conducive to US interests.

The “media” works solely on behalf of the Marxists to destroy the USA.

Nothing, not one thing, Trump does will ever be acknowledged as good.

Trump stands in their way of a Marxist paradise where you will be their slaves.

I’ve not seen anybody yet acknowledge that this film clearly addresses the language barrier. It can be stopped, re-started, analyzed, and played over and over.

Further, it is in simple, clear language that strikes my ear as easily translatable. Whoever wrote the script for this understands the differences between American english and at least one asian language.

Finally, the video is founded on the assumption that Kim loves his country and wants it to prosper.

This video is designed to be a tool that Kim can use to persuade his hardline isolationist, advisors with limited english to take what they must see as the very risky step of trusting the United States.

icky grammar error, I wish I had an edit button