Kremlin Official Says Trump and Putin Will Hold a Summit

Kremlin Official Says Trump and Putin Will Hold a Summit

Details to be made public Thursday 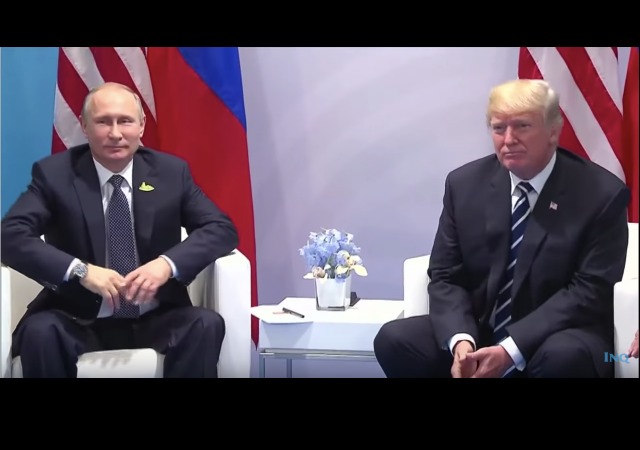 Kremlin Foreign Policy Adviser Yuri Ushakov said that President Donald Trump and President Vladimir Putin will hold a summit and details will come out on Thursday.

The summit will be held in a third country, and the details of the time and place will be announced Thursday, Kremlin foreign-policy adviser Yuri Ushakov said, according to Interfax news agency. He said the summit would start with a one-on-one meeting between the presidents that could last several hours, and would focus on bilateral relations, Syria and arms-control issues.

Mr. Bolton met with Mr. Putin in the Kremlin Wednesday. In public comments, both said they hoped to improve relations, which have been damaged by disagreements over Russia’s military interventions in Ukraine and Syria, and Russia’s meddling in the U.S. presidential elections.

Trump has met with Putin before at bigger summits. This one-on-one meeting will be the first between the two of them.

Trump will travel to Europe next month “for a NATO meeting in Brussels and a working visit to the United Kingdom.” Members of NATO have asked Trump to meet with Putin after the Brussels meeting “citing concerns Trump might agree to something with Putin that they are then forced to go along with.”

One official suggested Helsinki, Finland while others have mentioned Vienna, Austria.

Expect the Rabid Left to forget about the ‘imprisoned” children at the border by tomorrow evening. Meeting with Putin will be the worst thing since Hitler and they’ll make sure we all know it.

I bet it’s their first planning meeting for the 2020 election Trump-Russia collusion.

I would love to see this happen, if only for the opportunity to see all the top democrats heads spin around in a complete 360 several times while the spew bright green vomit.

and maybe some crawling across the ceilings for good measure.

Collusion! See! There it is.

I am sure this will be painted very poorly by our dear media folks.

You can’t go to where you already are.