Eye on the election. 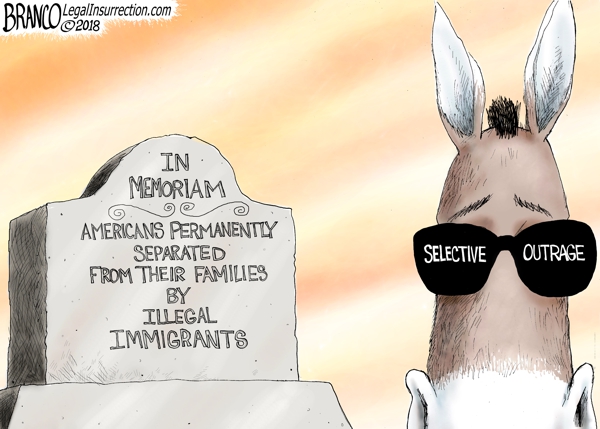 The same people who have been manipulating the public with pictures from the manufactured ‘border crisis’ are part of the very same people who weaponized our DOJ and FBI to defeat or if need be, overthrow Trumps Presidency and THEN cover it all up thus making such things normal in American politics.

At what time and when can that Party be named and declared-not just opponents- but actual enemies of our very system of government? Didn’t we fight a 40 year Cold War against this sort of thing? I did, I remember it.

TY Mr. Branco…This one was right on target.

Trump is being widely misreported as having attacked “the elite” for being elite.

In fact, of course, he denied that they were elite at all.

Which is what upsets these self-proclaimed non-elites so much. So they — unconsciously, I could imagine, just as a defense reaction — rewrite his remarks as acknowledging their eliteness and then attacking them for their eliteness.

No. He’s calling them non-elite. People who lack actual achievements and true status-markers and for whom, therefore, pseudo-status-markers, such as vociferous agreement with the progressive dogma of the day, serves as their only badge of “eliteness.”