Depends on what you get her, of course 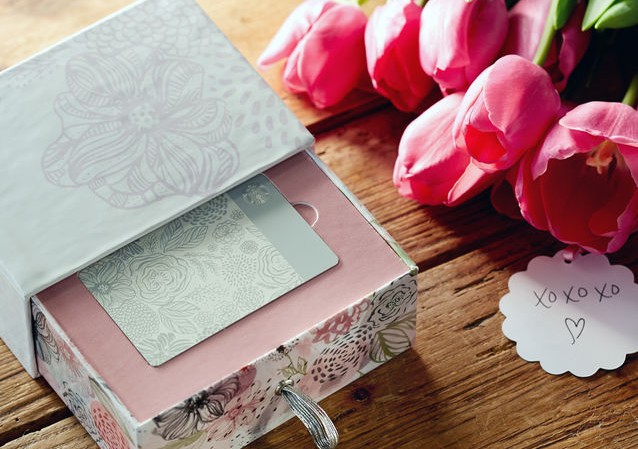 My mom has always been very meh about Mother’s Day. She always thought (and still thinks) it’s a Hallmark holiday and has said more than once that if we didn’t bother appreciating her throughout the year, there was no point in doing so on Mother’s Day.

We always wanted to make it a special day for her and bought for her all the things you get for moms on Mother’s Day. She insisted she never wanted anything other than to spend time with her babies. I never completely understood until I became a Mom.

Baby K is one-year-old and came home from Mother’s Day Out with my first Mother’s Day present (from her, anyway) — a gladiola she planted in a little pot smeared with brightly colored paint. My heart swelled. There is truly nothing else I need or want, except maybe a house that’s all clean at the same time. A girl can dream, right?

Anyway, being new to momhood, I decided to conduct a super scientific poll (read: Twitter and FB poll) asking other moms what they like to receive (if anything) for Mother’s Day.

91 people responded to the Twitter poll and the majority of respondents said they don’t need or want a gift.

POLL FOR MOMS: What would you rather receive for Mother's Day?

I realize it's not perfect, but Twitter only allows 4 options. An unofficial test of the mom market for a post. Replies are helpful too.

I asked the same question on Facebook, which only allows two polling options. 19 people responded and the results there were a bit different:

Buuuuut, as respondents clarified in the comments, “spoiling” meant having a clean house or being taken out for a meal.

The study found that moms would prefer a sentimental present, going out for lunch or dinner, something homemade, or a trip. The average gift giver spends $75 on a Mother’s Day present. However, mothers would prefer getting a card rather than a gift. Researchers discovered the average American writes 43 words for a Mother’s Day card, which is usually around two sentences.

Gifts are nice and it’s not that they’re unappreciated, but the best gift is just as my mom has always said, spending time with your babies.

Our son bought his mother (my wife) Sherri’s Berries. They arrived yesterday and I think they’re almost gone already.

My mom always hated mother’s day. Mother’s Day, she would proclaim, was every day. I do think she took her dislike to entirely new levels two years ago when she died… on Mother’s day.

My mother never likes or dislikes anything I get for her. However, she’s been dead for many decades, so there’s that…

My mother passed away in January, after a long life filled with joy and more volunteering than most people could do in twice that time, with extra coffee. I’m very proud of her.

I purchased my wife a Mother’s day present this year: A toolbag for her electric drill and all the drill bits.

Yes, we have an odd family. But loving.

I agree with your Mom… the best gift is spending time with family, which is exactly what we did today.