One year ago, Covfefe

One year ago, Covfefe

It changed everything. Okay, maybe not everything, but something. 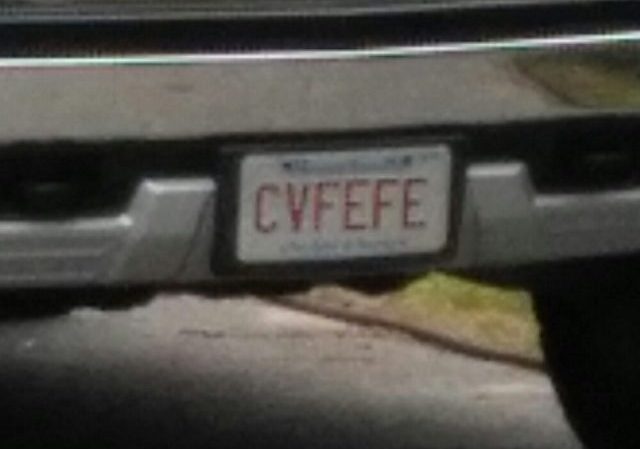 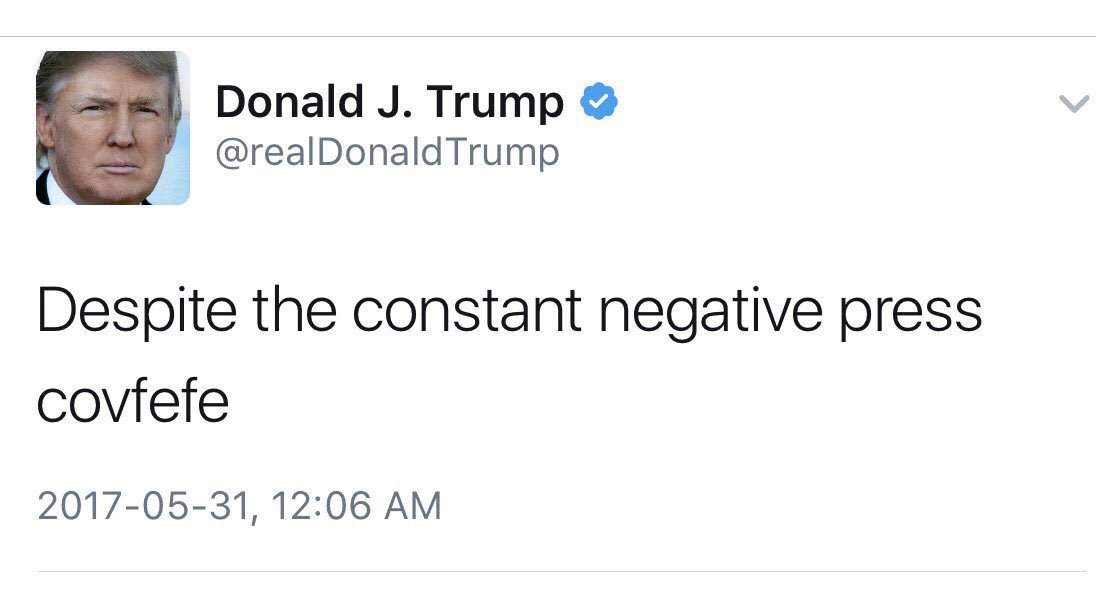 And on the 132nd day, just after midnight, President Trump had at last delivered the nation to something approaching unity — in bewilderment, if nothing else.

The state of our union was … covfefe.

The trouble began, as it so often does, on Twitter, in the early minutes of Wednesday morning. Mr. Trump had something to say. Kind of.
“Despite the constant negative press covfefe,” the tweet began, at 12:06 a.m., from @realDonaldTrump, the irrepressible internal monologue of his presidency.

And that was that.

A minute passed. Then another. Then five.

Surely he would delete the message.

Had the president’s lawyers, so eager to curb his stream-of-consciousness missives, tackled the commander in chief under the cover of night?

Perhaps, some worried aloud, Mr. Trump had experienced a medical episode a quarter of the way through his 140 characters.
No one at the White House could immediately be reached for comment.

By 1 a.m., the debate had effectively consumed Twitter — or at least a certain segment of insomniac Beltway types, often journalists and political operatives — ascending the list of trending topics.

Trump followed up with at question:

Hillary “joked” it was “a hidden message to the Russians“.

Snopes “fact checked” whether it was a secret nuclear code.

How deeply has Covfefe entered the consciousness?

As you can see, it’s a shame that Massachusetts allows only 6 characters on a license plate. Still, we get it. 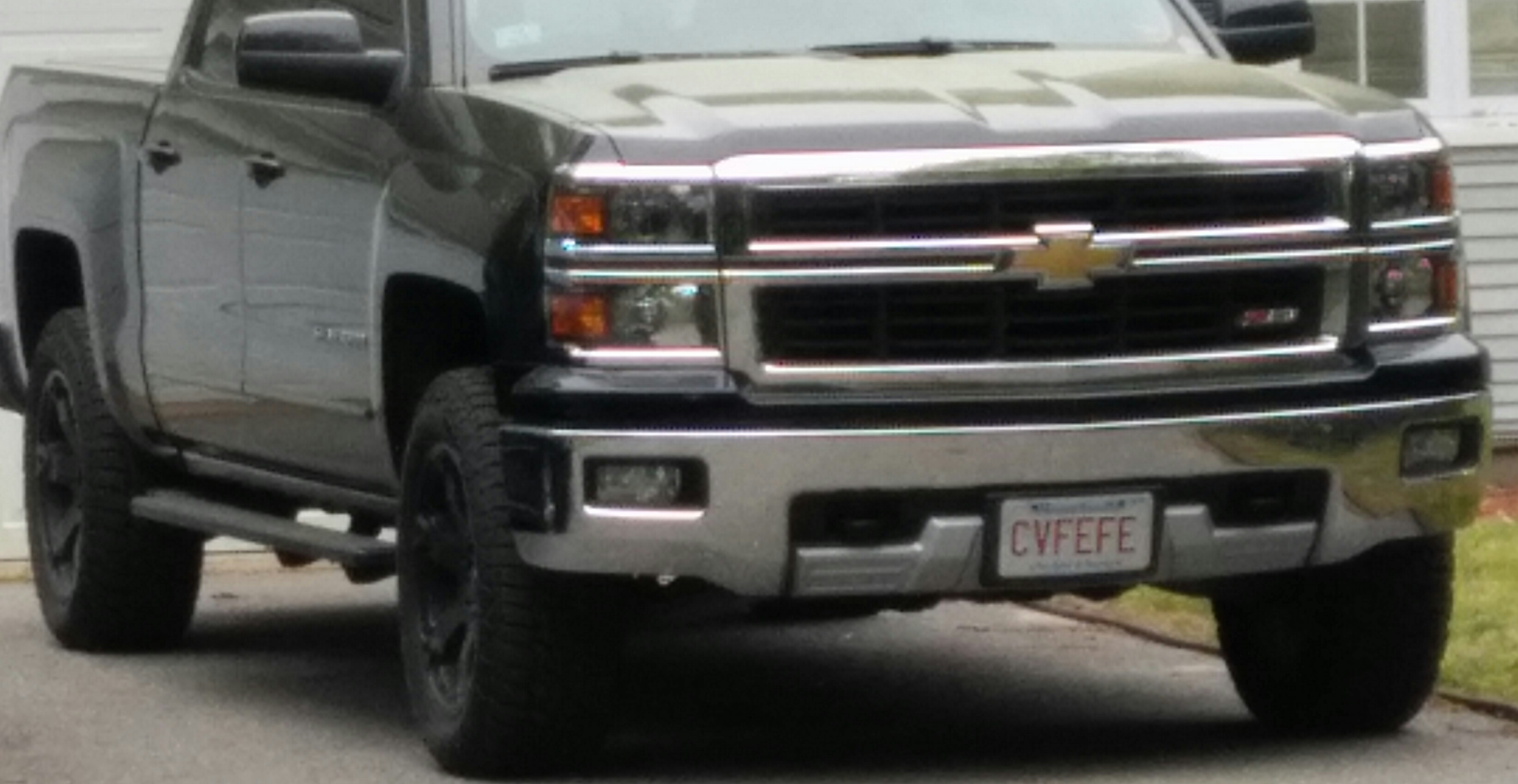 Time for the pres to troll them again.

Well, if he’d tweeted something entirely appropriate but slightly less cryptic, like maybe

Now is the Winter of our Diſcontent,
Made glorious Summer by this Son of New Yorke:

The msm never learns. The Trump Train is real, it’s moving fast, and it won’t be derailed. I keep hearing the Lucy Charlie Brown football analogy regarding Trump and North Korea. How come the msm can’t see they are Charlie Brown, and Trump plays the roll of Lucy, pulling the football away EVERY SINGLE TIME. I don’t get tired of it though.

That’s how Andrea, the female persona of Android, pronounces it.

One year later, the Covfefe brand is enduring, while another “star” brand is in troubled waters!

Could read “Despite the constant negative press, magnetic appeal”

Covfefe is a lot like the work “squanch” in Rick and Morty. “Squanch” has a contextual meaning just like covfefe.

Plus, Kitty Gryffindor holding the faux, bloody, severed Trump head was one year ago yesterday.

I enjoy the life covfefe has.I laugh every time I see or hear it. The best was a video the WH put out during the Yanny-Laurel obsession. Staffers were “interviewed” saying they heard one or the other. When it got Trump he said, “I hear covfefe….”. Hilarious!

Jim Acosta: “Tell the truth, sir. Was ‘covfefe’ a secret code used in your collusion with the Russians?”

Notice the “ambien” reference at about 2:55 of the MSNBC video.

People who try to define covfefe are like people who run around saying there is no Santa Claus.

Given the context, I suspect that the FeFe part is something on the order of Feel’Em Forget’Em.

Hmmm, ComeOverFeelEmForgetEm? Sheesh, this stuff goes back to HS days back in the 60s!

American media types need to be institutionalized. All of them. Indefinitely. With no access to the Internet.

Or…President Trump was referring to this…

The White House has already promised to preserve all of President Donald Trump’s tweets — even those he’s deleted — but Democratic Rep. Mike Quigley of Illinois wants to make sure it follows through.

Quigley, who represents parts of Chicago, introduced the “Communications Over Various Feeds Electronically For Engagement” Act on Monday, designed to amend the Presidential Records Act to categorize social media posts as official presidential communications that must be preserved for posterity.

In case you didn’t notice, the bill’s acronym is COVFEFE — after the president’s mysterious May 31 tweet (since deleted) reading: “Despite the constant negative press covfefe.”

Trump later tweeted (and didn’t delete): “Who can figure out the true meaning of ‘covfefe’ ??? Enjoy!” And White House Press Secretary Sean Spicer told a journalists at an off-camera briefing that day that “a small group of people know exactly what he meant.”

This actually makes sense! Thanks.

I don’t even read Reddit. I was link-hopping. Is that a thing??

Link-hopping? “Oh, hell yeah”, as Johnny Carson used to say. One of the most delightful aspects of the internet is bumbling along and discovering interesting things, through no fault of your own:-)

Oh, thank you! That gave me quite the chuckle.

It was such a BIG DEAL last year. All the LSM spent 3 or 4 reports abhor on it for days. Then nothing. To most Americans it was nothing; just the LSM attacking America BY BELITTLING AMERICA’S PRESIDENT.
They pretend to not understand why their market share keeps shrinking. I refuse to believe that Iger, et al are that dumb. They know but feel they are duty bound to attack America.