Missile From ‘A Russian Brigade’ Downed MH17 Over Ukraine

Missile From ‘A Russian Brigade’ Downed MH17 Over Ukraine 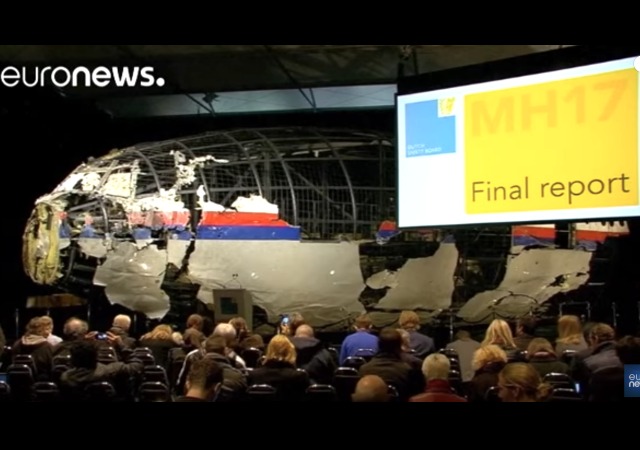 On July 17, 2014, Malaysia Airlines Flight 17 crashed into sunflower fields located in eastern Ukraine. Everyone reasonably pointed fingers at Russia since the two countries had been (and still are) fighting in that region of the former Soviet republic.

A Dutch-led team of investigators announced today that the missile that downed the flight and killed all 298 people aboard came from a Russian brigade.

An update posted online by investigators Thursday said the JIT [Joint Investigation Team] was “convinced” that the Buk TELAR (transporter erector launcher and radar) used to down MH17 originated from the 53rd anti-aircraft missile brigade, a unit of the Russian army from Kursk in Russia.

The team’s conclusion was based on “extensive comparative research” that identified characteristics particular to that individual Buk launcher.

Westerbeke highlighted how “this raises questions such as to whether the brigade was actively involved in downing MH17. It is an important question which the JIT are still investigating.”

The team still wants witnesses and anyone with information about the crash to come forward. Russia has completely ignored the JIT about the Buk even after the team asked the country back in October 2014 to provide them “with all information that may be important for establishing the truth.”

2014 was the year tensions ramped up between Russia, Europe, and America. From November 2013 to February 2014, Euromaidan took over Kyiv, Ukraine’s capital, to protest against the government and push for closer ties to Europe instead of Russia. Following the massive protest, parliament ousted Russian-backed President Viktor Yanukovych. The Russian-speaking east erupted in violence, Russia annexed Crimea, journalists provided so much evidence that Russian soldiers existed in east Ukraine, and Ukraine elected a new president.

MH17 took off in Amsterdam and flew over Ukraine to reach its destination of Kuala Lumpur. Dutch natives made up the majority of those on the flight. As The Washington Post pointed out, a video emerged that showed rebel fighters “celebrating what they thought was the downing of a Ukrainian military aircraft. Their celebration turned to concern when they realized that it was a civilian jetliner.”

If those responsible for the attack ever faced charges, they’d likely face a court in The Netherlands. But I doubt Russia will extradite them and it won’t help if they are still in east Ukraine because FIVE YEARS LATER, pro-Russian groups remain in charge of the region.

The Moscow Times reported that Russian authorities have downplayed all of this information:

Russian state media and state officials downplayed the news on Thursday. The state-run TASS news agency featured a headline saying that that international investigators “are still unable” to determine who downed the plane, while an article at the state-run Vesti.ru news website failed to mention the investigation’s claim linking the missile that hit the plane to Russia’s armed forces.

Throughout the investigation, Russia has denied any connection to the attack that killed 283 people.

“From the first hours after the tragedy, Russia’s Defense Ministry has consistently refuted the Ukrainian insinuations that allege Russian armed forces were complicit in the catastrophe in Ukraine’s airspace and have passed the relevant evidence to the Dutch investigative group.”

“Not a single anti-aircraft missile system belonging to the Russian Armed Forces has ever crossed the Russian-Ukrainian border.”

Deny, deny, deny. That is the cornerstone of the mongoloid Russians now and always.

Sounds like the tactic of the DOJ/FBI as well

I don’t remember there being any doubt about what brought down the airliner, or who did it. I mean, good to have an “official agency” report and all, but it was obvious always.

And Clapper is “convinced” the Russians threw the 2016 election to Trump.

Those Russkies must be awfully convincing.

The question should rather be, of the two forces (both Pro-Russian) with the anti-aircraft missile batteries, who would have authority to launch a missile and the training needed to do it. That would still boil down to Russia.

The bigger issue is that the USA under Obama violated the agreement on Ukraine by actively engaging in politics within Ukraine (as in Israel,etc let alone Libya). This opened the door for Russia to “justify” taking chunks of Ukraine and backing civil war. Obama claimed Russia was just a regional power… but that was their region and projecting political manipulation without resources to back it up left Obama sitting on the sidelines when things blew up. MH17, for however stupid flying over the area, is an outcome of Obama policy.

In 2008 the Russians and Georgians fought a war and we did the absolutely nothing. So it doesn’t seem to take a US intervention to cause a Russian invasion.

BTW, the airliners was flying at an altitude and in a corridor that it had been agreed by all sides to be outside the conflict. Is it unreasonable for the Russians to admit that someone on their side made a mistake and that they would pay compensation, punish the offenders and take steps to make sure it didn’t happen again? Is that Obama’s fault?

BTW (2), Many of the sanctions against Russia were applied at that time. During the 2016 campaign, Trump said he wanted to remove the sanctions. Then a funny thing happened (besides his election). I can’t remember what. But Trump changed his mind and decided to take a relatively hard line with Russia.

2) Ah, come on…. The Russians claimed they were not on Ukrainian soil or directly involved with internal civil war. If you claim one thing and then admit another? Russians were in Korea and Vietnam in past… so what is new?

3) I would guess that since Russia has hardened its stance on many fronts, one would maybe change position. For being a patsy of the Russians and as Clapper is now saying swung the elections, where is the big payoff for Russia in Trump? Can’t have it both ways … right? Sometimes one is pushed or pulled into positions that initially aren’t planned. The USA botched the time immediately after the fall of the USSR… US policy did not help the cushion the fall well … especially in the realm of pride in country so instilled and ingrained.

Another fact-free rant from the resident Mental-Illness-In-Chief. I am amazed you continue to post here and beclown yourself.

Ukraine still isn’t that popular of a flyover place.

BTW, FR24 is one of the greatest time wasters ever.

We were pretty sure from the outset.
We had a different President back then…