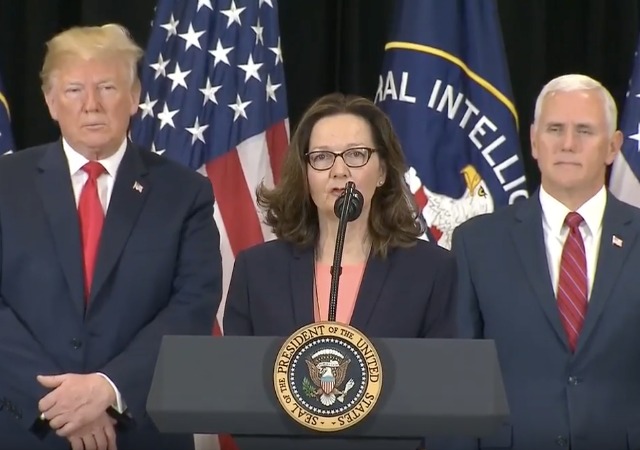 Gina Haspel made history today when she became the first female CIA director. From Fox News:

Haspel was confirmed Thursday as CIA director, becoming the first woman to lead the agency after overcoming initial Democratic opposition regarding her role in post-9/11 interrogation and detention practices.

Haspel, who previously served as deputy director and has spent her career with the agency, replaces Pompeo at the CIA.

Ahead of her confirmation, Haspel earned emphatic support from GOP lawmakers as well as intelligence community members from both Democratic and Republican administrations.

“The safety and security of the American people depend on capable intelligence leadership. Gina Haspel is the right woman at the right time,” Senate Majority Leader Mitch McConnell, R-Ky., said.

But her history as base chief at a black-site prison in Thailand in 2002, where techniques such as waterboarding were used on terror suspects, came under scrutiny during the confirmation process. Republican supporters accused Democrats of politicizing her nomination and initially trying to derail an otherwise highly qualified nominee.

Oh boy, another Deep State careerist percolates to the top.

Well, if that’s not worth a Participation Trophy, I don’t know what is.