Alexander Perepilichny was helping uncover massive Russian money laundering operation at the time of his death. 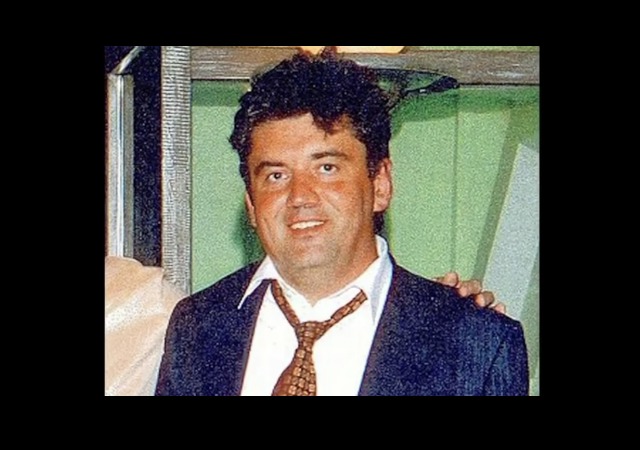 Russian whistleblower Alexander Perepilichny was one of those who received a lot of attention after his death in 2012. Officials opened an inquest into his death after Skripal was poisoned. People have long thought someone poisoned Perepilichny, but a cardiologist told the inquest it could have been bad seafood.

Perepilichny, 44, died in November 2012 in London. At the time, he “had been helping Hermitage Capital Management, Bill Browder’s investment firm, uncover a £150m Russian money-laundering operation.” Browder’s business was once the largest foreign portfolio investor in Russia.

Browder insists that someone murdered Perepilichny due to the information he had about the money laundering operation.

Browder may have a point because the days before his death, Perepilichny acted like something was wrong.

Perepilichny visited Paris with his Ukrainian mistress Elmira Medynska from November November 7 to 10, 2012.. She had no idea he was married and had kids. She also did not know anything about his work life and he used the name Sergei.

On the trip, she noticed he was nervous and extremely stressed during the trip and drank a lot more than he usually did.

Medynska also noticed that he was distracted and didn’t pay a lot of attention to her. From The Financial Times:

She told the inquest that the night before he died, they had ordered dishes including sushi and tempura and shared a bottle of wine at Buddha-Bar. Perepilichny had positioned himself at the table so he could see the “noisy and crowded” restaurant, she said.

But Perepilichny told her that the “food tasted bad” and he sent one tempura dish back to the kitchen. Ms Medynska said that later, in their hotel room, she heard Perepilichny vomiting three times in the bathroom. She asked him if he needed a doctor, but he insisted he felt OK.

Ms Medynska said the following morning Perepilichny seemed in good spirits and ate a breakfast of eggs, bread, orange juice and hot chocolate before they went to the airport. But by 16.00 that day, Perepilichny was found dying in the road in Surrey by a security guard who said he had vomited a “greeny yellow” bile.

The Guardian reported that a cardiologist explained to the inquest how fish poisoning affects the heart:

Peter Wilmshurst said histamine or scombroid poisoning could result from eating fish such as salmon, tuna and mackerel. Symptoms include rashes, hives, cramps, vomiting, a peppery taste and itching.

Wilmshurst, who had suffered fish poisoning himself, said: “It’s rarely fatal. There are cases of people who have died of it.

“It can do all sorts of things to the heart. It often causes the heart rate to go fast. Histamine has direct effects on the heart.”

The cardiologist said he was aware of a case of an Australian woman and her daughter who died in Bali.

If Perepilichny ate fish at the restaurant, then “there was more than a 50% chance it was poisoning” according to Wilmshurst. He said there’s just too many unknowns to know absolutely for sure.

Authorities found a Viagra-like substance in Perepilichny and Wilmshurst confirmed that it could have affected his heart.

The Guardian also supplied a statement from Bob Moxon Browne QC, for Legal and General Assurance, who can think of three possibilities that led to the death:

He said: “It seems likely that Mr Perepilichnyy ate something that disagreed with him on the night before his death. That could have been because someone malignantly put poison in his food.”

Moxon Browne said he could not say for sure as he was not a toxicologist. He said: “Another is, he had scombroid fish poisoning and there is a further possibility, which is he simply contracted some form of food poisoning that did not have a histamine base.”

Anyone else’s eyes rolling like mine? That’s mainly because one of the companies that held a life insurance policy on him ordered tests on Perepilichny. One of those tests detected a chemical from a poisonous plant. From ABC Online:

A lawyer for Perepilichny’s life insurance company, Bob Moxon Browne, told the pre-inquest hearing into the death that test results had revealed a chemical that could be traced to the poisonous plant species Gelsemium.

“Once you have knocked out man-made analogues then you are bound to conclude Mr Perepilichny ingested Gelsemium on the day of his death,” he said.

“Then, given that it only grows in China and is a known weapon of assassination by Chinese and Russian contract killers, why was it in his stomach?”

A spokeswoman for the Royal Botanic Gardens in London said the institution, “has supplied its expertise in plant chemistry to assist the coroner’s inquest.”

According to Suetonius (who was the biggest gossip columnist of his day) Augustus, towards the end of his life, would only eat apples grown on his own trees in his own garden, and which he picked himself.

If I was a Russian who had some reason to believe I was on Putin’s hit list, I think I’d do likewise.

Apparently, Augustus died of poisoning. The killer apparently spread poison on the fruit in his garden supposedly by Livia, his wife.

Graves was kind of the Bill Clinton of English writers. He was a fairly smart guy, and seemed to believe that in itself was all the license he needed to fool whoever he could. And he started with a bang, with his 1929 “autobiographical” memoir, Good-Bye to All That. As he later recounted, he put in anything he thought would sell. Which is really too bad, as to this day the book is routinely mistaken for a valuable WW1 memoir—valuable precisely because it’s loaded with all sorts of interesting, unusual, and even surprising details; and none of them reliable.

Graves realized later in life that he’d shot himself in the ass, as his work he intended to be taken seriously—mainly surveys of mythology, and anthropological work on hallucinogenic mushrooms (I think), were dismissed as crank material. Some of his work in fiction, such as his translation of the Iliad (retitled The Anger of Achilles) are decent. And of course his fluffing-up of Tacitus, in I, Claudius and Claudius the God, are certainly entertaining. But take them as factual at your peril. The original material is more useful. Tacitus was a curmudgeon, but no fraud.

You should read “Hercules, my shipmate.” Also entertaining.

I should have mentioned Sabatini’s “The Historical Nights’ Entertainment”

I absolutely loved the first two. In this series he actually goes through old documents to try to piece together what happened in certain historical mystery. These are considered historical novels, works of nonfiction, because he was so painstaking in his investigations. He also explains why he wrote the stories the way he did in the absence of actual motive; his explanation fits perfectly with the assassination of the King of Sweden, Gustavus III

Doublecrossing Russian spy and counterintelligence agencies is harmful to your wellbeing.

It makes the fish very, very angry at you.