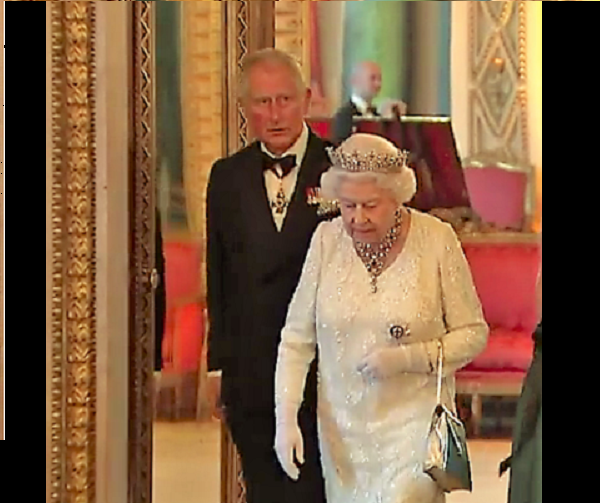 The 53-member countries of the Commonwealth approved Prince Charles to succeed Queen Elizabeth as Commonwealth head.

Prince Charles has spent a lifetime waiting to be king, the job he was born to do. On Friday the 69-year-old heir to the British throne got another position to wait for — he was approved as the next head of the 53-nation Commonwealth of the U.K. and its former colonies.

Commonwealth leaders meeting in London confirmed in a statement that the next chief of the group “shall be His Royal Highness Prince Charles, The Prince of Wales.” That won’t happen until he succeeds his mother on the throne when she dies.

But any opposition was nipped in the bud by an intervention from the queen, who told the gathered leaders on Thursday it was her “sincere wish” that Charles would one day carry on her Commonwealth work.

Leaders including Britain’s Theresa May and Canada’s Justin Trudeau chimed in to say they agreed with the queen.

May told reporters on Friday that Charles was “a proud supporter of the Commonwealth,” and “it is fitting that one day he will continue the work of his mother.”

Prince Charles is an idiot, among other things.

He could be a recipient of Monty Python’s Upper Class Twit of the Year Award.

Snopercod, you beat me to it. He really is a weak-minded, old fool. Thank God for Lexington and Yorktown.

Prince Charles reminds me of the Frank Zappa classic, The Idiot Bastard Son.

The good news is that chances are his reign won’t be terribly long, since he’s already pushing threescore and ten.

A pal of mine pointed out that “Charles III” was not very lucky, either.

If nothing else, his reign will provide high levels of amusement. And, to Ward B: I very much agree about Lexington and Yorktown.

If nothing else, his reign will provide high levels of amusement. And, to Ward B: I very much agree about Lexington and Yorktown.

He’s a blithering idiot! This is what inbreeding brings.

Inbreeding brings haemophelia as well, but I don’t think the UK is that lucky in this case.

Al Gore’s imaginary brother. Pity the UK, first they were overrun by Islam, now they’re to be besmirched by a royal-eunuch-imitator.

On the uptick, Camilla reportedly reads, speaks and comprehends English. Argh, we feel her shame.

Another bright spot: when some snotty, toffee-nosed Brit talks trash about our president, we can replh with “King Charles”.