Don’t know what hit them 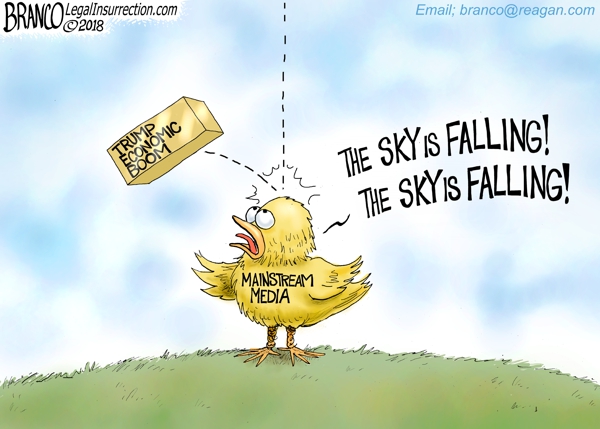 The media, as well as the highly questionable actions against Trump’s Lawyer Cohen being raided, the unrelenting negative and hate driven reports from the media bubble, the creation of instability being driven by Mueller using heavy handed and possibly illegal means to take Trump down… it isn’t the sky is falling as much as they are the ones causing the falls in the stock market, gleefully, because a strong economy and workforce helps Trump. Its more like scorched earth practices. Chicken Little was worried about something that was a false flag. Our media is engaged in creating false flags wherever they can to disrupt the country and punish the country for rejecting Hillary.

Great one. Simple and straight forward.

Maybe Branco will do one about Facebook and Diamond and Silk.