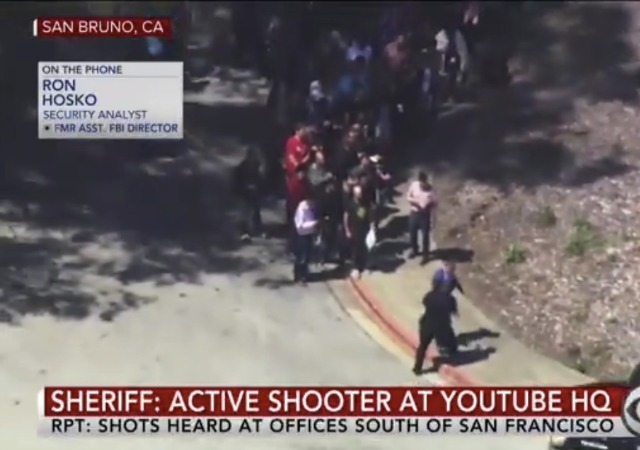 Authorities have responded to an active shooter situation at YouTube’s headquarters in San Bruno, CA.

CNN’s Jake Tapper reported that law enforcement officials told the network that the shooter was female and has died.

*This is an ongoing situation. Will provide updates as they become available.

The police held a press conference and confirmed that shooter is female. She died from a self-inflicted gunshot wound. He also confirmed that the investigation is active.

Police say there are 4 victims in the YouTube HQ shooting, one victim dead with an apparent self-inflicted gunshot wounded

Police activity at 901 Cherry Ave, please stay out of the area. pic.twitter.com/H6iAj0g7ra

KTVU received reports from local hospitals that they received patients related to the shooting. KGO-TV has more:

A spokesperson for Zuckerberg San Francisco General Hospital confirms they’re receiving patients from the shooting at their facility. They added patients are also being transported to other Bay Area hospitals.

SKY7 is over the campus, where law enforcement were seen approaching the building with guns drawn. Employees were evacuated with arms overhead, and the campus is flanked with dozens of police cars and emergency vehicles.

Employees evacuated from YouTube HQ in San Bruno appear to be patted down by police. https://t.co/mRdpyhYtJ0 pic.twitter.com/TfQsAwbmVF

Expect this story to die down quickly. The shooter was a radical Vegan activist who was pissed off when her youtube channel was demonetized.

Go to https://gab.ai/home for the latest

It’s interesting that even the Wall Street Journal doesn’t list the assailant’s name.

I do wish that those mass shooters would commit suicide _first_. 8>)

A typical white American, judging by her name. Nasim Aghdam.

Soon as I heard it was a female shooter I knew it was either domestic or Islamic terrorism.

Women are rarely shooters, they prefer poison. Or psychic warfare that destroys your self-esteem until you’re begging to be put down. LOL.

So when a woman picks up a gun and start shooting, more for the night she’s going after her man and he has really screwed up.

Men understand this instinctively. One of our evolutionary hurdles was just slowly back away from That Guy when his woman came after him. The ones that were too slow or no longer in the gene pool.

Hey Samsung, in what world does “more for the night” replace “more often than not” ?