“administrators are demonstrating their anti-conservative bias” 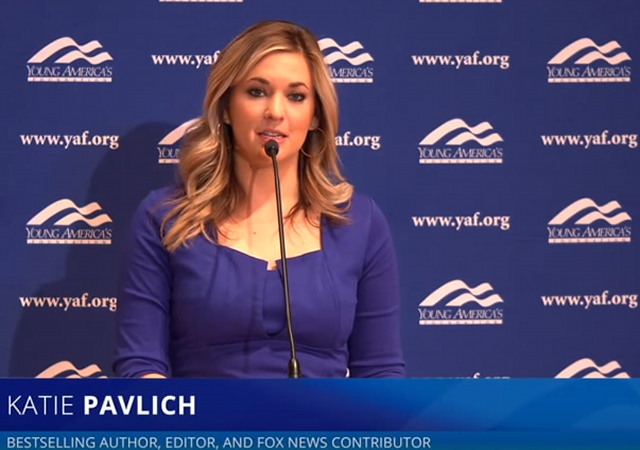 YAF is fighting back over ridiculous claims from Kennesaw State University. The school is trying to charge them a fee for a non-controversial event with Katie Pavlich.

University administrators are demonstrating their anti-conservative bias by claiming there is “controversy” surrounding Katie Pavlich‘s speech addressing media bias and fake news. The assessment of a security fee on these grounds amounts to an unconstitutional burden on student speech.

Students shouldn’t be punished because of the subjective perceptions of administrators or because other students on campus could react badly to a conservative speaking in a classroom setting.

“As a New York Times bestselling author, Fox News contributor, and Townhall editor, Katie Pavlich is clearly an expert in today’s media landscape,” said YAF Spokesman Spencer Brown. “To claim her take on the industry is somehow controversial is a transparent attempt to stifle conservative speech on Kennesaw State University’s campus. Treating Pavlich and her ideas as somehow dangerous is an affront to the open exchange of ideas that should be the trademark of higher education.”

The lawsuit also challenges KSU’s unconstitutional system for recognizing student organizations and discriminatory method of distributing student activities fees based on how an organization is ranked.

So, instead of doing something about the fascist leftists trying to stifle free speech, the universities double-down by charging conservative groups a fee to protect against the heckler’s veto that the universities tacitly encourage. Gotcha. I’m telling you, you try to make people bend so far that eventually they just snap, and who’s really going to be culpable when that happens.

Hoss, Dem “fascist leftists trying to stifle free speech” are the Institution’s Brown Shirts, sometimes acting autonomously but more often than not, under the direction, supervision & support of several members of the faculty and administration.