Actor Anton Yelchin was crushed his SUV; his parents have now settled with Fiat Chrysler. 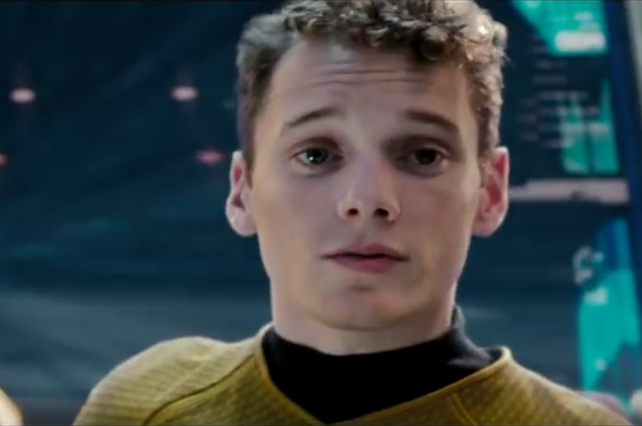 Anton Yelchin, the “Star Trek” actor who portrayed Ensign Pavel Chekov in the rebooted movie series, died tragically in 2016 when his SUV rolled down his driveway and trapped him against a security gate.

His parents have now reached a settlement with the makers of the SUV model Jeep Grand Cherokee.

A confidential settlement between Victor and Irina Yelchin and Fiat Chrysler Automobiles, which manufactures the Jeep Grand Cherokee that crushed Yelchin, was filed this week in Los Angeles Superior Court. The details of the settlement were not disclosed.

“Anton Yelchin was crushed and lingered alive for some time, trapped and suffocating until his death,” the lawsuit states.

Yelchin’s family attorney, Gary Dordick, and Yelchin’s publicist, Jennifer Allen, could not be immediately reached for comment. Fiat Chrysler told the Associated Press in a statement that it is “pleased that we’ve reached an amicable resolution in this matter” and that the car company continues to “extend our deepest sympathies to the Yelchin family for their tragic loss.”

Series producer J.J. Abrams, indicates that there will be no replacing the actor.

“I would say there’s no replacing him,” said Abrams. “There’s no recasting. I can’t possibly imagine that, and I think Anton deserves better.” Yelchin played Chekov in 2009’s series reboot, Star Trek, and its two sequels, 2013’s Star Trek Into Darkness and … Star Trek Beyond.

Yelchin, who was 27 at the time of his death, had been driving a car that came under scrutiny for its gear system.

In 2016, TMZ reported, citing the Los Angeles Police Department, that when Yelchin’s friends discovered his body, they found the 2015 Jeep Grand Cherokee idling in neutral.

The automotive blog Jalopnik in 2016 reported that the Jeep was among one of 1.1 million vehicles that had been recalled about two months before Yelchin’s death because of a confusing gear shifter that could cause the car to roll away unexpectedly.

While the full details of the settlement are confidential, there are indications the monies will be directed to a special foundation to honor the actor.

“The settlement will go to the Anton Yelchin Foundation and to the filming of a documentary on Anton’s life,” Yelchin’s publicist Jennifer Allen said in a statement to PEOPLE. “The mission of the Foundation is to empower and support young people engaged in creative arts who face career challenges due to debilitating disease or disability.”

… empower and support young people engaged in creative arts who face career challenges due to debilitating disease or disability.

Seriously … failure to deal with “confusing gear shifters” might be a bigger challenge to a career.

Same problem with RAM trucks… slipping out of park. His Jeep was also in “park”, slipped out and rolled back on him. They had a recall for that but his notice came after he died.

For now… I have to remember to put the parking brake on as there is no fix yet for trucks.

Remember when people were taught to engage the emergency brake upon parking, especially on an kind of a grade? That was back in the days of the manual transmission. And, is recommended in just about every owners manual out there. I guess Anton didn’t bother to read his.

To this day, I follow my father’s directions: shift into neutral, apply the parking brake, and shift into park.

I have never gotten out of a running vehicle without first engaging the parking break. I would never leave it running even with the parking break engaged on an incline. Personal responsibility is dead in this country.

Human factors are a significant part of engineering and design.

What? You don’t turn the front wheels according to the direction of the grade? Hill Parking I guess you didn’t read your DMV Driving Manual.

And you are exceedingly smug.

Problems with vehicles not staying securely in “park” are almost as old as automatic transmissions. It’s usually sufficient to put the vehicle in “park,” but “usually” is slightly less than 100%.

In general, technology that works almost all the time is going to cause trouble, as users will inevitably conflate “almost” to “always.”

If it is the same style of shifter that was in my 2013 Charger, they are indeed dangerous. It is a rocker-handle like affair, all whiz-bang techie, but was an answer to a question no one was asking. I am a careful driver and often got gear selections I was not “aiming for”.

I have the same kind of Grand Cherokee. The problem is that you may think you put it in park when you didn’t. You have to look to be sure because of the design of the shifter. The recall reprogrammed the shifter so that if you get out of the vehicle when it’s not in park, it automatically puts it in park. In the newer models Jeep has redesigned the shifter so that it’s more like a traditional type that people are used to.

The way I understood it the shift knob is always in a “neutral” position like an Atari joystick. You push it down or up to move between the gears. The only way you would know what gear you are in is by looking at the digital display on the dash. Not realizing he had only shifted from drive to neutral and not park, he walked behind his Jeep to get his mail and it rolled backwards on him. Very sad. Very poor design.

“Very poor design.” Considering all the electronics, perhaps the jeep should have announced what gear was switched to after a shift. There could also be alarms going off if the drivers door opens when not in park with the engine running.

Or, better yet, incorporate a design similar to tose in use for the past half century or more, with positive detents rather than the NEED for yet still another further different array of indicator lights. Just because something is old is no cause to seek a replaeement unless it is a true improvement.

Q: What does a design engineer call taking a working system and rendering it completely unusable?

Q: What does a design engineer call taking a working system and rendering it completely unusable?

A: Management listened to Marketing instead of engineering and legal.

Does that money to go to empower Soros’ new little hitlers (like little david hogg?)