James Clapper to Give Talk on Cybersecurity Threats at George Washington U.

James Clapper to Give Talk on Cybersecurity Threats at George Washington U.

“now a CNN contributor and outspoken critic of President Trump” 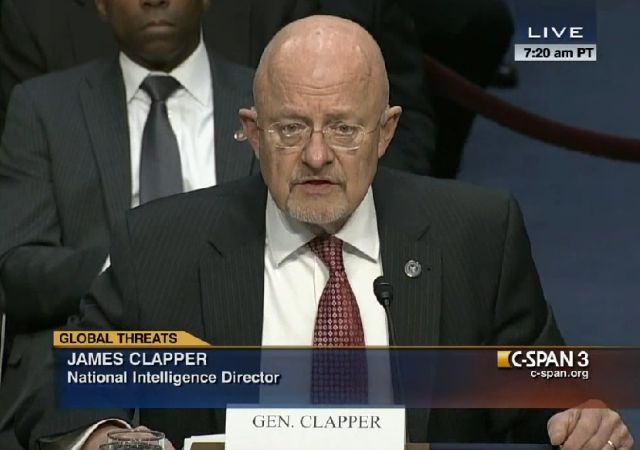 Clapper’s talk is supposedly going to focus on Russia, so the crowd should eat it up. It’s the preferred narrative.

Former Director of National Intelligence James Clapper, who has been accused of lying to Congress, is scheduled to speak at George Washington University in early April.

The former Obama administration official, who oversaw the U.S. intelligence community, is expected to address the issue of cybersecurity threats, especially from Russia. The Russian Federation has been accused of waging cyber-warfare against the United States during the 2016 election – they’ve also been accused of attempting to influence elections elsewhere. The talk will be followed by a discussion with David Ensor, who led Voice of America under former President Barack Obama and is now the director of George Washington’s Project for Media and National Security.

Clapper, now a CNN contributor and outspoken critic of President Trump, is known for falsely testifying in front of Congress in March 2013 that the National Security Agency does not collect data from millions of Americans, despite reports which suggest otherwise. Last week, Clapper avoided perjury or any related charges to the 2013 testimony due to statutes of limitations.

It has been 1841 days since James Clapper
lied to Congress and the American people.