Idaho Expands Right to Use Deadly Force Against Intruders

Idaho Expands Right to Use Deadly Force Against Intruders 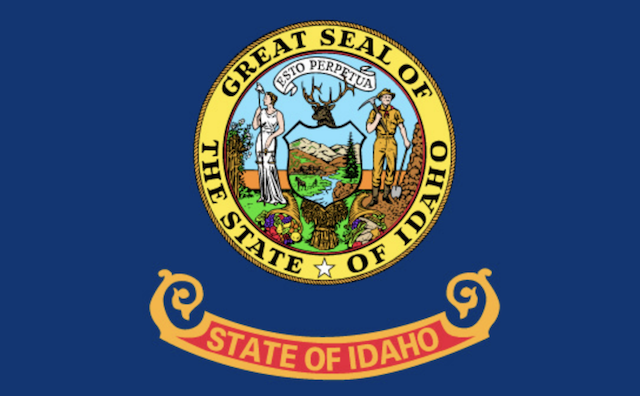 Last week Idaho’s Governor Butch Otter allowed a substantive change to the state’s self-defense law to take effect, albeit without his own signature, reports the Idaho Spokesman-Review and other sources. Although Senate Bill 1313 (embedded below) mostly just summarized in statute form Idaho’s already existing self-defense law, one provision, in particular, troubled the Governor enough that he withheld signing the bill.

That provision was the creation of a legal presumption in the context of the use of force in defense of highly defensible property, such as one’s home. Such legal presumptions are common among the states, but are found in various different forms—and Idaho’s is arguably unique in one particular facet.

The way these provisions work is to create a legal presumption that a defender possessed a reasonable fear of death or grave bodily harm when dealing with an intruder who is attempting to enter, or has actually entered, a highly defensible property.

In overview, a justified use of force requires five elements: innocence, imminence, proportionality, avoidance, and reasonableness. These are cumulative, meaning all must be present for the use of force to be justified unless one or more is legally waived.

Legal presumptions of reasonableness in the context of highly defensible property create a, well, legal presumption that three of these five elements are present—imminence, proportionality, and reasonableness. A related legal doctrine commonly referred to as the “Castle Doctrine” addresses a fourth element, avoidance. This effectively leaves in play, as a target for prosecutorial attack, only the element of innocence.

One way in which these legal presumptions vary among the states is in the conditions that must be met for the presumption to be triggered. In all cases, for example, the intruder must be present (or attempting to be present) unlawfully. In the large majority of states, it is also necessary that the entry being made in a forcible manner.

It is this “surreptitiously or by stealth” language that Governor Otter found objectionable, in particular, because he was concerned it could make lawful the killing of “children” under circumstances where such use of deadly force was unreasonable. As noted by the Idaho Spokesman-Review:

[Otter] said a juvenile who broke into an RV to steal a soda and was discovered by the RV’s owner could legally be shot to death under the bill. And he said rural teenagers who sneaked into a cornfield in the middle of the night could be legally killed under the bill, “simply because the teenagers used stealth to sneak onto the property and are unlawfully trespassing.”

So, one might wonder, why didn’t the Governor simply veto the bill? Because to do so would have been pointless given the overwhelming legislative support the bill enjoined: SB1313 passed the Idaho Senate on a 29-6 party line vote (every Republican voted in favor and every Democrat voted against), and the House by a vote of 57-12.

Another way in which such legal presumption provisions can vary among the states is in the definition of what qualifies as “highly defensible property” for purposes of the presumption. In all states with such laws one’s home, or habitation qualifies. Some, but not all, states define highly defensible property more broadly, however, to include places of business and occupied motor vehicles.

In passing SB1313 into law Idaho qualified all three such types of property—home, place of business, and occupied vehicle—as highly defensible property to which this legal presumption of reasonableness can apply.

Andrew F. Branca is an attorney whose practice Law of Self Defense LLC focuses on self-defense law.  Download a FREE copy of his recent expert report: “When Sheepdogs With Fake Badges Make Poor Choices in Churches”

Edit That should be the Spokesman-Review of Spokane Washington.

Self-defense is a natural and human right, and, for the time being, a civil right. The right to confront an elective, selective or mass abortionist shall not be infringed.

Abortion? Your out of your mind.

Is Governor Otter claiming that a cornfield is highly defensible property under this law?

I’ll stick my non-lawyer neck out and claim that a cornfield is NOT an occupied motor vehicle.

I guess a cornfield could be a home, but that sounds unpleasant in Idaho.

I wish the Governor had explained his reasoning more completely.

From looking at the Gov’s statements he is just trying to play both sides of the fence. He knows he can refuse to sign and the bill will become law regardless so it costs him nothing to do so.

So you’d wish him into the corn field because he failed to explain it??? 🙂

If you are shot and killed because you are on someone else’s property the ONLY person to blame is the one who shouldn’t be there.

You don’t want to get killed for being in a cornfield…dont enter the fucking cornfield. Simples!

This law may be in response to the influx of a terrible invasive species known as Kalifornians. They bring with them gangs and all sort of other maladies. When I had lived there for 20 years, the big question that was always being asked was when did the season on Californians open/run and what was the bag limit. I assume this bill was a response to those questions.

As a former Californian who relocated to Idaho after Jerry Brown was re-elected for a third term, I would say most of us moved here because of these kinds of laws in Idaho. I have very little fear of a home invasion because everyone here knows there’s a Mossberg 500 home defense shotgun on the other side of the door. I live 2 miles from the WA border where the home invasions are much more frequent.

Protecting your property should be a protected right. How many times do we see “rioters” breaking windows while store owners are afraid to take action for fear of the law. Police are not required to “take a bullet” before using force, neither should us citizens.

“In overview, a justified use of force requires five elements: innocence, imminence, proportionality, avoidance, and reasonableness. These are cumulative, meaning all must be present for the use of force to be justified unless one or more is legally waived.”

This seems to be needlessly complicated.

“Reasonableness” does seem superfluous. If a situation satisfies the first four—innocence, imminence, proportionality, & avoidance—those would seem to automatically satisfy any reasonable “reasonableness” requirement. As is, all it does is provide a handle for a prosecutor to claim that even if the first four are fine the defense was still, for unspecified reasons, “unreasonable”.

Obviously none of the Governor’s reported examples actually fit any of the locations which are considered “highly defensible property”. Even his RV example must be an unoccupied RV if the mythical teenager is “discovered by the RV owner.” Really lame Governor.