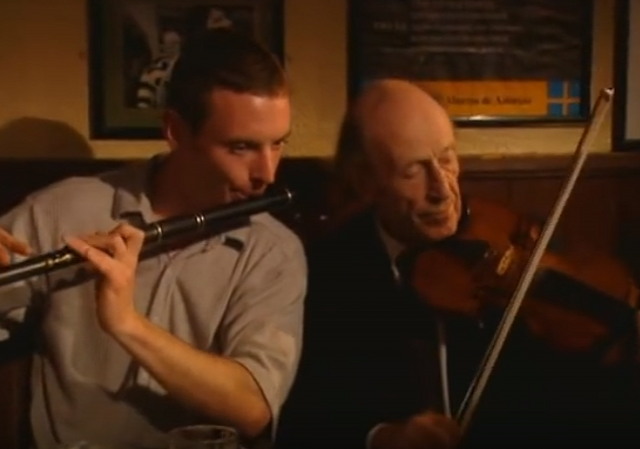 Happy St. Patrick’s Day! If you have a chance to celebrate the holiday today, you may want to add some music to the experience. I am a longtime fan of Irish music and I’m happy to provide a few recommendations.

Ireland has produced great musicians in all genres but for the sake of this list, I’m going to focus in the traditional music of Ireland. Here are five solid choices in no particular order.

This band has been around since the 1960’s and has played all over the world for various heads of state. I saw them live in Philadelphia years ago and they were amazing. This is a set they did with some friends at a pub which is owned by their flute player, Matt Molloy.

This is one of their older classics called Away We Go Again.

This is another group which got started in the 1960’s and is included on every list of greatest Irish folk bands. This classic tune is called The Rocky Road to Dublin.

Here’s another classic called Whiskey in the Jar.

This is a slightly more contemporary group which was formed in the 1990’s but still works in traditional arrangements and instruments. I saw them live once in Somerville, MA. They put on a great show. This song is called Bealtaine.

This song is called Morning Nightcap.

Clannad is a little different than the other bands on this list. This isn’t pub music but I wanted to include them for their use of the Irish language in their music. They have a truly unique and haunting sound. This song is called Caisleáin Óir.

This is one of their better known songs which has actually been used in some commercials and films. It’s called the Theme from Harry’s Game.

No list of Irish music on St. Patrick’s Day would be complete without The Pogues. This is the band you want to listen to tonight while enjoying a few pints. Here’s their classic song If I Should Fall From Grace With God.

This is a classic called Streams of Whiskey.

BONUS TRACK: This is a video taken flying over Ireland, soundtrack provided by the Bothy Band.

Have a safe and happy holiday!

Clannad is one of my favorite groups. Thanks for the great post, Mike. When I am not listening to Bollywood, Celtic music is my go-to groove.

Have a blessed St. Patrick’s Day!

I just Amazoned a Lunasa album! I likely will be adding more.

Love the Dubliners. The Irish Rovers are great too.

huh I just noticed the tags culture and ireland were used here.
that don’t add up.
LOL been pissing my irish wife off all day long too….I am scottish/englich/french mixtures 🙂

You go back far enough, and we’re all related.

Dublin was a Viking city. Highland Scots were Vikings who raided and stuck.

The Normans were high-tech Vikings.

The Scots and the French entered into “The Olde Treaty”, and were more united with France than England for centuries. Brittany in France is a VERY Celtic region, and still holds a piping tradition.

One of our favorite songs. It made my daughter decide to learn Irish for her foreign language this year. We also love the Wolfe Tones around here. And the Gothard Sisters (not Irish, but they are amazing on the Bodhrain)

A couple of groups I really like. Altan, and Stockton’s Wing are two. The Chieftain’s are the gold standard.

I saw Altan in a small club in Naas, County Kildare. My cousin had won 4 tix to see them. Your woman, Maireadh Ni Mhaonaigh, tore up the place with her fiddle playing. A bit of a taste:
https://www.youtube.com/watch?v=s04TE7cWZlY but it does not do justice to what I heard that nite.

There is nothing like trad music in an intimate setting. Feadog, bodhran, uilleann pipes, fiddle. Heaven!

I used to go to a pub in the bogs outside of Carrick-on-Shannon, Leitrim. Think it was called the Thatched Cottage. The musicians were farmers and farmers’ kids who came in for impromptu “saisiuns”. Glorious.

One of my bucket list items is to go to a “Fleadh Ceoil”, a music festival that takes over a town for a period of time. The whole place is awash in trad music. Here is a bit from one in Letterkenny, Donegal. The guitar player is from my father’s teeny town in Leitrim and he knew my uncle well. https://www.youtube.com/watch?v=mGmfKFOcL2Q

And the version of the Foggy Dew by Sinead O’Connor and the Chieftains always sends chills up my spine. Especially when I hear the lyrics, “‘Twas better to die ‘neath an Irish sky than at Suvla or Sud-El-Bar”.

Sinead is a bit of nut, but God reached down and touched those vocal chords

And she does a pretty damn great version of Oro Se do Bheatha Bhaile. https://www.youtube.com/watch?v=4Sje2VYw99A

That’s it now. I’ll sit down and shut up!

oh yeah, we are big fans of the Sinead O’Conner/Chieftains Foggy Dew

I agree with all your choices! M.

Politics aside, you got to listen to Dropkick Murphys and Flogging Molly!

Not traditional Irish, but here’s Debroah Henson-Conant on the Celtic harp singing her song “Nightengale”: https://www.youtube.com/watch?v=rNdSaZHU7W4

Here’s one that like Clannad is a little different. I ran across Nolwenn from a blog post speculating on how pre-Chaucer English might sound to us using a different song than this.

Áine Minogue is THE Irish harpist, in my book. Check out her work at http://www.minogue.com

Solar is a band that can’t be missed. Take a listen:
https://youtu.be/xD_3CnaeCoM

I just love autoincorrect. The name of the band is Solas. Now since I am reposting, here is another tune of theirs….
https://youtu.be/N4ekRII8QwM

I recently stumbled across the Pogues ( which are described as an Irish Punk Band ) through this: https://www.youtube.com/watch?v=j9jbdgZidu8
which really is quite excellent.

I’ve seen people describe this as the best Chirstmas song, though I wouldn’t classify it as wsuch, since Christmas is really only peripheral to it.

My favorite Irish christmas(ish) album is “Drive the Cold Winter Away” by Horslips.

I’ll recommend the Bothy Band. I saw them live in’76 or ’77 in Galway. Matt Malloy was playing with them then, and the Chieftans had a different flautist.

St. Paddy’s day requires the watching of “The Silent Man”. It was Hollywood’s homage to Ireland, and was a great piece of time-capture.

From my husband who has collected this kind of music for at least 40 years:

“What, no Bothy Band? no Altan? I would replace the Chieftans and the Pogues.

A faulty and incomplete list. The author is obviously misguided.”

If you haven’t given a listen to Lorena McKennitt out of Canada, do yourself a favor and listen.

Also, in the San Diego/LA area there’s a local group: The Browne Sisters & George Kavanaugh who do Irish and Scottish folk, in a not-necessarily folk fashion. https://store.cdbaby.com/cd/browne6