California: The Most Interesting Governor’s Race in the Nation

California: The Most Interesting Governor’s Race in the Nation

A bellwether for the Democratic Party and the state. 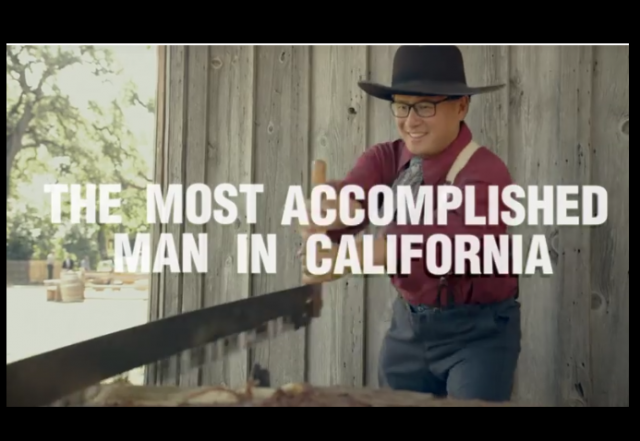 Exactly 9 years ago today, I joined a group of independent conservatives to participate in the first nationwide Tea Party event and to cofound the SoCal Tax Revolt Coalition.

Between California’s War on Trump and the exodus of taxpayers out of this state, it may seem as if the Democrats have completely overrun this state. Therefore, I wanted to take the occasion of this anniversary to offer an optimistic perspective for your consideration.

A few weeks ago, I noted that the glamorous Lieutenant Governor Gavin Newsom and the former Mayor of Los Angeles, Antonio Villaraigosa, were ahead in the polls for the 2018 Governor’s Race. While polls at this stage are meaningless, this news was still troubling, as our top-two primary system could lead to a choice between a scandal-ridden, progressive Trump-hater or a scandal-ridden, progressive Trump-hater for the state’s top spot this November.

There is some intriguing, new information related to the Governor’s race. Not only did the California Democratic Party fail to endorse a candidate for U.S. Senator, it also failed to tap one for the state’s chief executive officer.

After the votes were tallied, no consensus was reached for a gubernatorial candidate. Newsom received the highest percentage of votes with 39 percent, followed by Chiang with 30 percent, Delaine Eastin with 20 percent, and Villaraigosa with 9 percent.

This is a little political sunshine for we happy few conservatives remaining in this state. First, it means that the Democratic Party is in complete disarray if even the bluest blue group doesn’t have a strong leader who can rally the troops.

Secondly, Californians may be getting an adult option for Governor this November (despite ourselves). One of the more mature Democratic politicians in the nation is the California Treasurer John Chiang. For example, in 2011, he actually applied the rule of law to the state’s Assembly:

Chiang announced on June 2, 2011 that unless the state legislature passed a balanced budget by June 15, the deadline specified in the California Constitution, he would start docking their pay….

On June 22, Chiang announced that he was following through with his promise. Legislators did pass a budget, but according to Chiang, the budget they passed had a $1.85 billion deficit, and was therefore not a legal budget under the state’s requirement that its budget must be balanced. Therefore, Chiang said, there was functionally no budget and by the terms of Proposition 25, he was required to stop paying the state’s legislators. The impact to individual members of the California State Legislature was about $400/day. In Chiang’s statement, he said that parts of the budget the legislature did pass were “miscalculated, miscounted or unfinished.

John Chiang used to be a reasonable, responsible guy. But it seems he’s been forced to take some crazy left positions to compete in the Dem primary of lunatics.

It has been remarked that Chiang is a “bespectacled, fiscally prudent and wonkish type“. However, in the #MeToo era, this may work to his advantage.

Without mentioning their names, Chiang took shots at both Newsom and Villaraigosa. He alluded to the fact that both weathered embarrassing episodes when their past marital problems spilled into the public eye.

Chiang is also working on his image as well. His latest campaign video is a fun homage to the popular Dos Equis beer ad “The Most Interesting Man in World”.

I hope that the Republicans can come up with a viable candidate. However, in the meantime, I assert that California now has the most interesting gubernatorial race in the nation for what it may say about the future of the Democratic Party and the state.

Why is “Chiang” pronounced “Chung” instead of “Chang”? It’s almost like Kemberlee being pronounced Kimberlee. (big grin)

Chinese pronunciation is weird, especially when looking at words that have already gone through a Romanization process.

It has been 50 years since I voted for a democrat, having switched parties to vote against the esteemed Bobby Kennedy. I suppose I may do it again this primary season.

I believe a better option is to GET THE HELL OUT OF CALIFORNIA! If “the big one” doesn’t relocate the whole state into about 1000 feet of water, the locals will do the same virtual job with the loony laws, rules and regulations they are coming up with.

That commercial was extremely cringe-inducing.

No argument there However, Chiang is trying to shake things up, so I give him points for that.

and i don’t think we need a governor that might actually know what he’s doing in charge to pursue a Democrat agenda.

personally, putting Villarboboso in office, where he can further burnish his reputation as a blithering idiot and all around failure might be the safest course of all the unpalatable choices we have.

certainly no Republican has a chance to get on the November ballot, let alone win.

Newsom has always had a bad alcohol problem. In addition to his alcohol-fueled in-office affair with Ruby Ripp-Tourk, wife of his best friend and campaign manager, he also as Mayor once showed up dead drunk at a hospital where a cop who had been shot had just died. When reporter Dan Noyes asked him on camera about his drinking, Newsom went off on an arrogant rant .. saying it was a “cheap shot.You people just can’t help yourselves”he barked at the reporter.

He never went to rehab. Said he stopped drinking after that. But what should be of concern to voters is that in 2015, he admitted to a reporter that he’s drinking again, and he doesn’t think he has a problem now.

Q:When you were Mayor and had the problem with drinking, how’s that going? Do you imbibe alcohol these days?

GN: Yes, I absolutely do. I have for years. I stopped drinking because I wanted to stop drinking and I needed to stop drinking, and it was a good point of clarity. So I just stopped. Stopped. And a couple years later, I started trying a little wine again, and I have continued to this day. Which is a healthy thing, from my perspective.

Newsome is the perfect democrat candidate.

Here is a clip of Channel 7 investigative reporter Dan Noyes confronting Newsom about his drinking in 2007. Note that Newsom keeps wiping his nose just before he goes on a rant against Noyes: https://www.youtube.com/watch?v=ZUb8Xv6m7lU

If I lived in LA, I’d probably have a drinking problem too.

i live in Lost Angels, and i don’t have a drinking problem…

I worry about Carolina, I mean California.

It is interesting that a good endorsement in CA is that “He doesn’t suck!”

Reminds me of when Sideshow Bob was running for Mayor of Springfield. Bart and Lisa were campaigning for the corrupt Mayor Quimby and their slogan was “He’s not as evil as the other guy.”

Quimby lost and Sideshow Bob’s victory speech was a classic. It is one Trump should have given when he won.