“would that be allowed by our administration?” 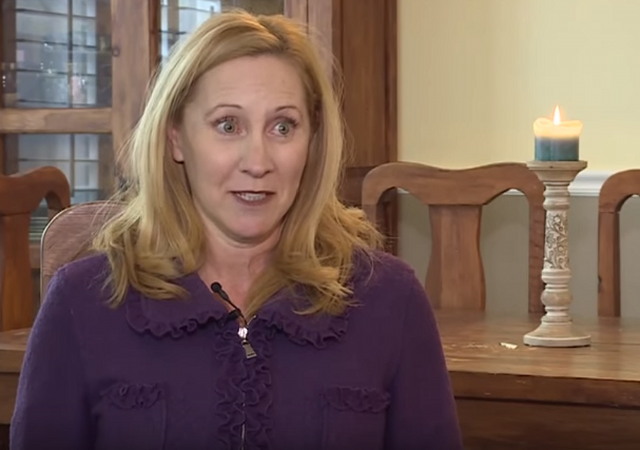 Schools all over the country allowed students to participate in walkouts to protest and demand gun control. But what would happen if students wanted to stage a walkout to protest something like abortion? Would the politics of such a demonstration be equally accepted?

California high school teacher Julianne Benzel posed this question to her class. Now she has been placed on leave.

Calif. teacher on leave after questioning whether schools would support pro-life walkout

The majority of schools nationwide agreed not to punish the students participating in the walkout and some even made certain accommodations in support of their efforts.

Julianne Benzel, a history teacher at Rocklin High School in Rocklin, told a local CBS affiliate that she discussed the walkout with students in her class last week and questioned whether schools would be just as supportive of students protesting against abortion.

“I just kind of used the example, which I know it’s really controversial, but I know it was the best example I thought of at the time — a group of students nationwide, or even locally, decided ‘I want to walk out of school for 17 minutes’ and go in the quad area and protest abortion, would that be allowed by our administration?” she said.

“We had a dialogue in class about it in Thursday and Friday. And today I received the call. So I am aghast,” said Julianne Benzel.

Benzel says she never discouraged her students from participating in the national school walk out, but she did question whether it’s appropriate for a school to support a protest against gun violence if they’re not willing to support all protests.

Ms. Benzel asked a perfectly valid question. We all know the answer though, don’t we?

This entire movement has been one sided and pushed by liberal media outlets which just can’t seem to get enough of putting high school kids on the air to call the NRA child murderers.

DNC chair Tom Perez even let the mask slip in a recent interview. When asked who is the leader of the Democratic Party, the student activists were the first people he named.

“I think there are many leaders in the Democratic Party. I think those young people today who were marching all over this country are incredible leaders,” Perez said. “I think women who have been leading the resistance have been remarkable leaders and I think there are mayors, governors, folks here in Congress. That’s why I’m so excited about where we are going. Those folks are leading.”

What a telling response.

foolish teacher. Did she really think her job in the school was to TEACH thinking skills? No, it is not, unfortunately. It is to indoctrinate these young minds to the correct way of thinking.

notamemberofanyorganizedpolicital in reply to Morning Sunshine. | March 16, 2018 at 2:55 pm

She is “pushing” the envelope.

Every whole teacher needs to push the evil school administrators to push them out of education.

More Breaking NEWS about the Un-educated Terrorists who have taken over our schools…….

Joe-dallas in reply to notamemberofanyorganizedpolicital. | March 16, 2018 at 7:12 pm

Note that schools’ excuse for requiring non-participating students to attend study hall is so that they can be supervised by a minimum number of teachers during the protest (while the maximum number of teachers can protest as well). But study hall is where students are sent when other students are released for the day and then it’s called “detention.” So there are negative connotations with being directed to the “study hall,” and this can be perceived as “punishment” for not participating. I wonder how much effect his had in influencing some students to participate in order to avoid the appearance of being punished for not going along with the crowd?

Bingo. Express constitutional guarantees/protections like those in the 2A can be protested, but those found in emanations, penumbras, and invisible ink* of the ether are untouchable.

*Readable only by liberal judges

This will continue to continue until conservative find the courage to spank the bully!

The bully is in the White House. DJT is, was and always will be a bully. If you don’t get it from his twitter acct and his general vindictiveness, you are truly obtuse.

But organize your protest. What is stopping you?

Stop all your freakin’ moaning and self-pity. You control most of the government; even if you are not the largest plurality.

Why hasn’t your dear leader done anything about it?

Well, even granting your premise here, given that DJT doesn’t order “little people” like his secret service protection detail to face the wall, stand behind curtains, and other humiliating practices when HE walks down a White House hallway, I’d say the last election was pretty much a wash in terms of “bully in the WH” factor.

You are one seriously maladjusted loser. Have you ever touched a woman intimately in your entire life?

So it’s OK if you personally personally attack and defame people you disagree with, because, reasons?

But Trump doing it obviously a sign of badness and evil?

The modern left – so fond of standards they never have just one…….

Perhaps you could, I don’t know, actually address my argument that HC is well known for being a bully – as testified to by multiple Secret Service types over the years – rather than try to bully someone who doesn’t share your undying hatred of DJT into silence?

When your only counter argument is “shut up”, perhaps you should reconsider your position?

Yep, Lamb is excellent at playing both sides of the fence. We’ll see where he stands the first “gun” vote that takes place. To call him a shill would be kind. 😀 😀

My guess is that Nancy will give him a pass on any vote before the next elections in which his vote is not crucial, and he will vote conservatively. After that, his positions will “evolve”.

Continuing in your pointless, trollish ways, yellow-troll? Perhaps you should take a break and go upstairs from your parent’s basement to get a snack.

It will let the adults here have a few moments of serious conversation without your childish interruptions.

I doubt you’ll find many people here stupid enough to believe you actually care about “bullies”. Trump’s got nothing on Obama.

The school board needs to find out who made the decision to suspend her and ask for his/her resignation.

But since Rocklin is so close to Sacremento, I don’t see that happening.

Elective abortion is a wicked solution, a final solution, to an albeit hard problem (e.g. Peter Pan syndrome, girls just want to have fun, recycled-child, catastrophic anthropogenic immigration reform). Abortion rites are sanctified by the State-established Pro-Choice Church and are protected under the First Amendment. The right to privacy was a cop-out that avoids reconciling human rights and human evolution (from conception).

Finally, the problem for anti-gun activists is that the overwhelming majority of shootings are carried out by self-abortionists and criminals, who obtained their arms through the “fast and furious”, Planned Parent, and discretionary enforcement (e.g. the case that triggered the latest round of anti-civil rights activism) loopholes.

This was the same topic i was discussing with my wife last night. My child and 4 of the other smart kids were the only ones left in class on Wednesday after the rest got up and walked out. I had explained that school was not the time nor place to do this kind of thing and if you didn’t understand what was going on not to follow the crowd.

Any other day, if a child got up and just walked out they’d be immediately sent to the office if they didn’t get permission to go to the bathroom or the nurse. The schools don’t have a leg to stand on if they want to call an absence unexcused if i take my child out to go to the NRA convention.

Disruption of class should not be tolerated whether it’s from a misbehaving child or this astroturfed walk-out crap. This is what happened at one of the high schools in Nashville on Wednesday. http://www.wsmv.com/story/37727075/antioch-students-tear-down-flag-brawl-during-peaceful-protest

notamemberofanyorganizedpolicital in reply to ufo destroyers. | March 16, 2018 at 3:00 pm

Have you considered home schooling?

There is even college-level home schooling now.

I despise leftists. I absolutely despise them. And we’re forced to pay for this crap. It’s why I advocate for school choice.

These exposes are all over the internet and we are losing the first amendment, and the second for that matter. When do we actually start fighting this type of thing or is blogging enough?

At least they were quick with their answer.

My son refused to walk out and when he came home said,

“I’m not joining the Red Guards.”

He made me laugh. But I was proud of him for not bowing to peer pressure, especially since he recently returned to school after missing a month due to severe anxiety (vomiting before school, vomiting at school and being sent home). But he still has straight As, including calculus and physics.

He just came home a few minutes ago, opened the mail, and just announced he got his first answer on his college applications. He’s been accepted to TCU!!

He’s never been to Texas, and he still has all the other schools to hear from, but that’s a good start.

If the choice is economic hardship or sending your child to a school where he or she will get a mediocre education while being indoctrinated into the opposite of everything you believe, which do you choose?