Scholars Claim Iran Protests Due in Part to Climate Change

Scholars Claim Iran Protests Due in Part to Climate Change

“underlying condition for the economic hardships that led to the unrest” 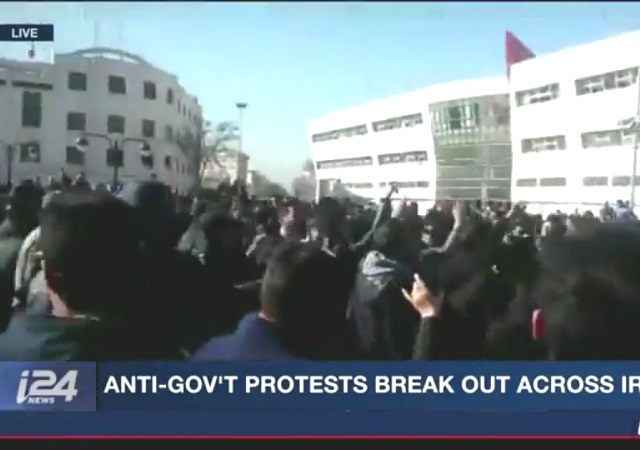 For the left, climate change is one issue that can be coupled with almost anything.

Scholars: Recent protests in Iran partly due to … climate change

Much like racism, virtually anything can somehow be attributed to global warming/climate change. According to various scholars, the latest example is the recent anti-government protests in Iran.

“Rising temperatures are seen by some experts as an underlying condition for the economic hardships that led to the unrest,” reports ClimateWire’s Scott Waldman.

“While the protests are largely driven by resistance to the country’s hardline conservative government,” Waldman continues, “such environmental factors might have contributed to the largest protests inside Iran in years.”

According to Amir Handjani, senior fellow at the Atlantic Council’s South Asia Center, that human bastion of climate concern, former Iranian leader Mahmoud Ahmadinejad, had addressed the problem by providing subsidies to Iranians whose farms were “ravaged” by changing climate, and to families which “struggled to put food on the table.”

Even Supreme Leader Ayatollah Ali Khamenei said his country needed to address environmental change. He wrote in 2015 that Iran must “manage climate change and environment threats such as desertification, especially dust pollution [and] drought.”

Boy, that magical climate change. Is there anything it can’t do?

You really have to work hard to be that stupid. Bravo, College Fix, bravo.

Are they sure it wasn’t in response to the EEEEvil tax plan?

Why the heck not?

The Trust Fund goes emtpy in 2035, but can Climate Change win the day ?