Another in a string of defeats for BDS at OSU. 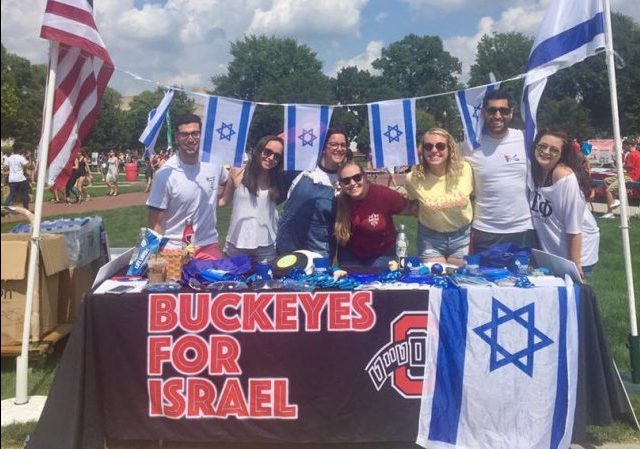 Just days ago the anti-Israel activists were defeated again, as this press release from pro-Israel StandWithUs shows:

StandWithUs applauds students at The Ohio State University (OSU) for preventing anti-Israel language from being passed in a resolution by the Undergraduate Student Government (USG). The resolution called for a committee to investigate divestment from a number of companies, including those involved with private prisons, ICE immigrant detention centers, and Israel. It was amended to remove all references to Israel and then approved through a secret ballot.

“The global boycott movement seeks to eliminate Israel and deny Jews the right to self-determination in their ancestral homeland. By amending the resolution, students ensured that they would not be exploited to promote this campaign of hate,” said Ben Brownstein, the Mid-Atlantic Campus Director at StandWithUs. “I am proud of everyone at OSU who stood up for justice and against bigotry on their campus.”

The overwhelming majority of students who spoke in public comment opposed the original resolution, because of its explicit and implicit ties to the discriminatory boycott movement against Israel. Some also spoke out against the exploitation of legitimate social justice issues in America, in order to promote this campaign of hate.

StandWithUs congratulates Buckeyes for Israel, OSU Hillel, and all of the other students involved in opposing this manipulative attempt to pass anti-Israel legislation at their university. We will continue to work with the Israel on Campus Coalition, Hillel International, and all of our partners to empower students at OSU and other campuses across the country.

Students leaders at Ohio State University were too embarrassed to attach their names to a vote late Wednesday on a watered-down divestment resolution.

The initial version of the resolution was a traditional boycott, divestment and sanctions effort against Israel, but the revised version excised all references to companies that do business with foreign governments….

The resolution “calls for” the creation of an ad hoc committee within the University Senate “to investigate the ethical and moral implications of investments in” companies named in the resolution, which are involved in human rights violations both within the U.S. and abroad.”

The “abroad” part was made vague in the final resolution, not naming any specific country.

The approved resolution tasks the ad hoc committee “find suitable investments in companies” that it deems “socially responsible,” and says its own passage “shall embody OSU’s commitment to social justice and equality for all people, and affirms that no people are exempt from this commitment.”

The original version named “Caterpillar, Raytheon, and Lockheed Martin” as companies complicit in human rights abuses. All have been named in other BDS resolutions. They were removed from the approved version.

I remember OSU Hillel being a pretty good organization. They did a lot of service projects and I remember frequently seeing their flyers on campus. Good for them.