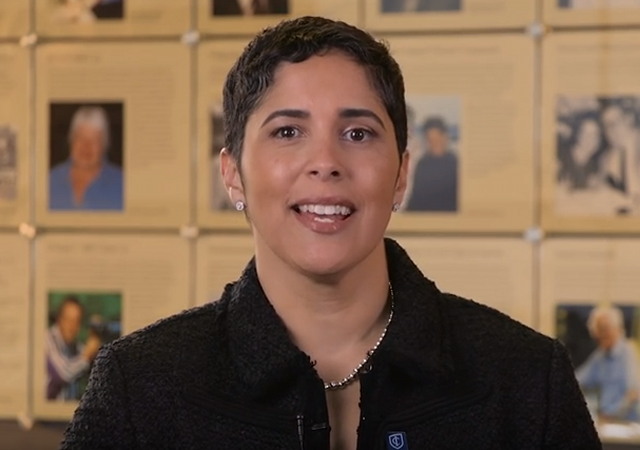 This was no small deal. She was accused of sexual contact with a woman who was receiving therapy at a psychiatric institute which employed her.

The new Ithaca College president is making headlines this week after at least two college newspapers published anonymous documents they received about a 17-year-old criminal case involving her.

The Ithacan student newspaper and the Vanderbilt Hustler both published stories on Tuesday evening detailing information they received regarding a 2001 sex abuse case in which College President Shirley M. Collado pleaded no contest.

According to the articles, Collado, who worked at The Center at the Psychiatric Institute of Washington in D.C. at the time, was accused of having a five-month sexual relationship with a female patient who was undergoing therapy for post-traumatic stress in 2000.

The victim claimed they entered a sexual relationship after Collado kissed her and said these actions – which included fondling and kissing – would be “therapeutic for the victim; that it would bring her out of her shell,” the Government’s Memorandum in Aid of Sentencing said during the case, according to the Hustler.

Collado was convicted of one count of misdemeanor sexual abuse in August 2001 after pleading no contest. She received a 30-day suspension, 18 months of supervised probation, and 80 hours of community service. She was also force to pay a $250 fine and ordered to stay away from the patient.

Great job on the background check there! I am guessing the #metoo screechers will be after her any moment! …..waiting……waiting…..(crickets).

No need for background checks when you are a Progressive lesbian. You don’t question ‘perfect’.

She used her position to take advantage of a vulnerable person.

I am sure that if a White man did the same, they would be screaming ‘Rapist!’ and there would be riots and they would break stuff until the person resigned.

A white man would have been fired, not suspended for 30 days from his job.

The Ithaca College board must have known, but didn’t care as long as they got a member of the LGBTQ community to run their college.