“I wish I had killed more of the mother——-s” 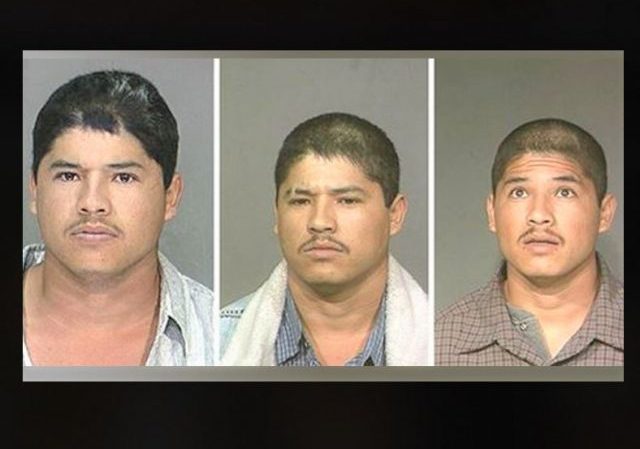 Every single crime committed by an illegal alien is a crime that never should have happened here, because the perpetrator should not have been in the country. So you can disregard purported statistics, which are highly questionable to begin with, asserting that people in the country illegally have lower crime rates.

The latest case shows why illegal immigration is not a victimless offense.

Fox News reports, Illegal immigrant charged in the killings of two cops wishes he ‘had killed more of the mother——-‘:

An illegal immigrant began his murder trial for the 2014 killings of two Northern California sheriff’s deputies on Tuesday with a profanity laced rant, calling a partner of one of the slain officers a “coward.”

Prosecutor Rod Norgaard recounted the events that led to the death of Sacramento sheriff’s Deputy Danny Oliver outside a Sacramento motel in October 2014, and described how Oliver’s partner, Deputy Scott Brown, was able to retreat from the heavy gunfire.

Luis Enrique Monroy Bracamontes, 37, the alleged killer, interrupted the court when he grinned and called Brown a “coward.”

“I wish I had killed more of the mother——-s,” Bracamontes told the court. he continued, “I will break out soon and I will kill more, kill whoever gets in front of me…There’s no need for a f—ing trial.”

Thank you very much for this article, Professor. Your comments are spot on.

The illegal alien was a DACA recipient, as I recall, and had come here from Belize.

According to autopsy reports his mother read aloud before the Senate Judiciary Committee, Wilkerson’s body was badly beaten and burned, his face fractured and his internal organs severely damaged from being beaten to death while restrained. His body was found in a field later that same day after being set on fire.