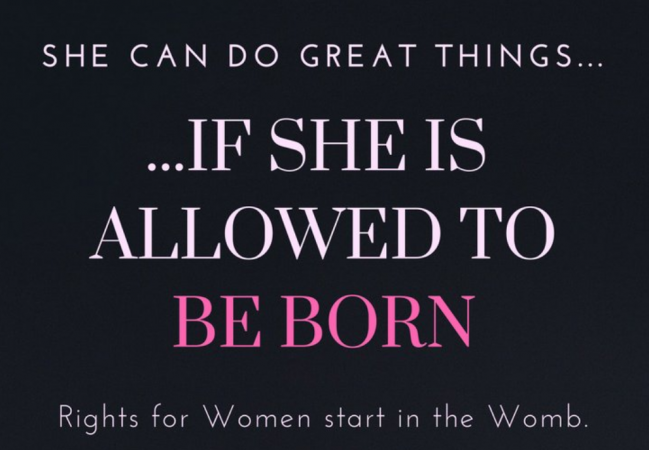 Every year, pro-lifers from all over the country brave the D.C. winter to stand for the sanctity of life, representing a fraction of national pro-life support.

The March for Life is an all-day event, so we’ll be posting things new and noteworthy here. Be sure to refresh for the latest (which will be up top).

Trump addressed the March for Life from the White House Rose Garden:

How major networks are covering the event

How can someone be pro-life? 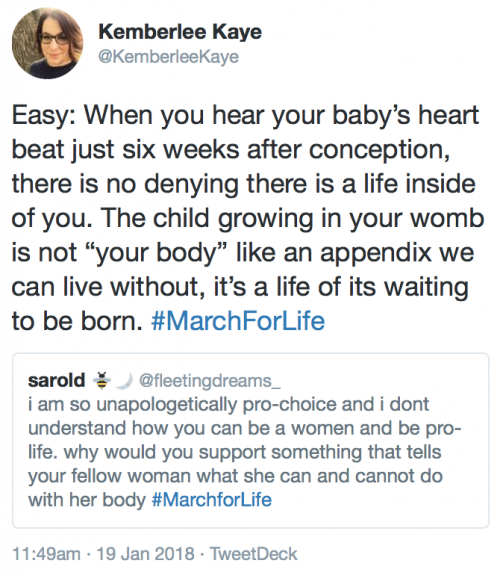 The anti-life crowd has shifted their key talking point. Again. 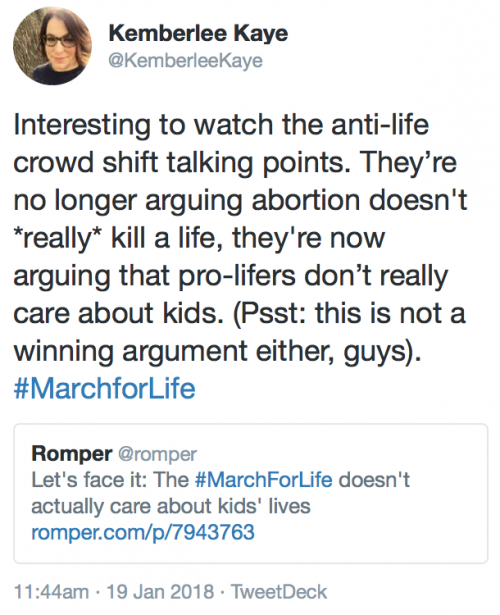 Hey @MSNBC FYI it’s called the #MarchforLife. Get the bias out of your chyrons. pic.twitter.com/kRM5uREuoz

“When you’re seeing a baby sucking its thumb at 18 weeks, smiling, clapping,” it becomes “harder to square the idea that that 20-week-old, that unborn baby or fetus, is discardable.”https://t.co/lSboYJvmiU

She can do great things if She is allowed to be Born! Rights for Women start in the Womb! #MarchforLife #59MillionLives pic.twitter.com/IeiXApZhBf

Planned Parenthood is paying their volunteers while hundreds of thousands of pro-lifers eagerly attend the #MarchforLife on their own dime. #whywemarch pic.twitter.com/QSLjbpY9Po

My husband was adopted. There is not a day that passes that I don’t thank God his birth mother chose life. #MarchForLife

Tomorrow, hundreds of thousands will travel to Washington, D.C. from across the country to #MarchForLife. The crowd will fill city blocks. But the real movement is even bigger. #WhyWeMarch pic.twitter.com/wCkAMIWoHf

You knew that intercourse carried a risk of pregnancy, yet you CHOSE to take that risk anyway.

You also knew that birth control is not 100% effective, yet you CHOSE to take that risk too.

And now that another life is on the table, you whine that your choice has been taken away? Women need to start taking responsibility for the reproductive decisions they make in their lives.

“Planned Parenthood is paying their volunteers…”

I am always saddened by people(“volunteers?”) who sell their souls so cheaply. These are people who
a) claim victim status while victimizing helpless human beings
b) better fear the terror of their final judgment

But, seriously, go forth and reconcile.

This does not automatically make it matter of concern to the government.

Liberals and Mussolinian fascisti think it does, because they think everything is a matter for government control.

But real people know that a great many things are far too important to be left to the government.

This does not automatically make it matter of concern to the government.

On the contrary, protecting people from aggression is what government is for. It’s government’s only justification for existing. Anything else it does is lagniappe, but a government that doesn’t do its core job of catching and punishing those who do violence to another has no right to exist.

Perhaps it is more than a justification. We, as human beings, have an obligation to protect others from harm. The boundaries may not always be clear but sometimes they are. While the unborn may have rights, we adults have moral obligations that need to be implemented in laws to provide for the orderly enforcement. We do this for homicide and other forms of violence. Slavery was ended in the USA because of the actions of many who lived their moral obligations. The unborn cannot defend their rights. It is the adults who must live their moral obligations. The left knows they have a minority in this space so they keep this up by intimidation. This is why we approach this from a perspective of weakness — focus on the rights of the helpless. That is passive. Bullies (the leftists) always interpret passiveness as weakness. I do not have the right to kill another person for my convenience. Why should Planned Parenthood have that right? Time to focus on obligations to protect the weak and all other human beings.

If you won’t adopt an unwanted baby it’s okay to kill it.

If you won’t take in the homeless it’s okay to kill them.

If you won’t care for the elderly it’s okay to kill them.

A human life evolves from conception.