Senate GOP Claims It Has the Votes for Tax Bill

Senate GOP Claims It Has the Votes for Tax Bill 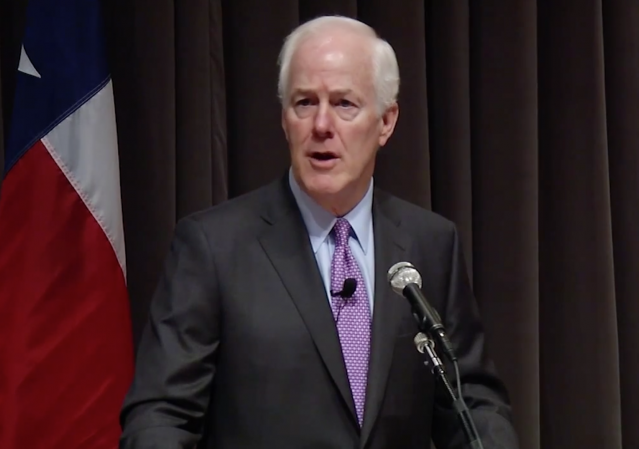 Sen. John Cornyn (R-TX) said the GOP has the votes to pass the tax bill, especially since Sen. Ron Johnson (R-WI) and Sen. Steve Daines (R-MT) committed themselves to a yes vote after weeks of saying no. From The Wall Street Journal:

Sen. John Cornyn (R., Texas), the No. 2 Senate Republican, said the party had 50 votes to pass the legislation. Republicans control 52 seats compared with 48 for Democrats. With no Democrats expected to support the bill and Vice President Mike Pence able to break a tie if needed, Senate Republicans have the majority needed to clear the measure through the Senate and open negotiations with the House to iron out differences.

The emerging deal marks a sharp reversal from earlier this week, when a trio of Republican deficit hawks were working on a plan to automatically reverse tax cuts if the Republican tax plan failed to pay for itself through stronger economic growth. With one member of that group, Sen. James Lankford (R., Okla.), firmly in support of the tax package, the two remaining deficit hawks appeared to be gaining no ground in their bid to build in safeguards against widening deficits. The U.S. debt currently stands at more than $20 trillion, and the bill could add $1 trillion to the U.S. budget deficit over the next decade compared with current policy.

“I realize that there’s probably enough votes right now to pass it,” said Bob Corker (R., Tenn.), who had tried to find a compromise that would reverse tax cuts if the tax legislation, which currently costs $1.4 trillion in tax revenue, failed to pay for itself through economic growth as Republicans hope. Mr. Corker, who has emerged as one of his party’s most steadfast deficit hawks, said he expected the tax cut would probably pass without his support.

“I think so,” Mr. Corker said when asked. “I’m certainly not trying to rally people in a different direction.”

Sen. Susan Collins (R-ME) is still uncertain how she will vote.

They need to dump that absurd “static scoring” that assumes people won’t change their behavior in response to tax increases or decreases.

It would be so nice if they had put a tenth of this effort into repealing Obamacare. If they had, I might even consider rejoining the party.