Putin Thanks Trump for CIA Helping Prevent Bombings in Russia

Putin Thanks Trump for CIA Helping Prevent Bombings in Russia 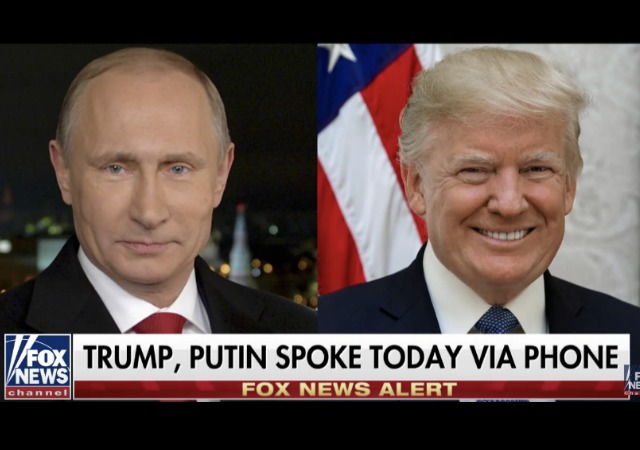 In rare words of praise for the C.I.A., Mr. Putin said the agency had provided information that “helped detain terrorists planning explosions,” the Kremlin said in a statement posted on its website. The attackers planned to strike crowded sites including Kazan Cathedral, a landmark Orthodox Christian church, the statement said.

“The information received from the C.I.A. was sufficient to search for and detain criminals,” the statement said. “The head of the Russian state asked the American president to convey words of thanks to the director of the C.I.A. and the American intelligence officers who received this information.”

Here is the readout from Trump:

The Kremlin promised to hand over any information officials come across about threats against America.

Authorities took down the terrorist cell and detained seven suspects.

We do not know “where the plot originated – or how the CIA learned of it.” Reports out of Russia named the bomb maker “with an ethnic Russian name, and other participants from two mostly Muslim regions in the Caucasus Mountains in southern Russia.” One suspect is a native of Tajikistan.

Russia has been plagued by terrorists from the Caucasus region since the end of the Second Chechen War in April 2009. The attacks have been done lately, but it did spike in 2013 leading up to the 2014 Winter Olympics in Sochi.

It also expanded due to terrorists joining ISIS and bringing that brand of terrorism to the region. Russia’s Federal Security Service (FSB) killed the “emir” of the ISIS branch in the region back in February 2016. Officials said he was linked to numerous attacks, including one of the attacks before the Olympics.

i am surprised that Russia is working with Iran –
the Russians have their own major problem with 12ers.

Putin still doesn’t get it – Muslims are NO ones friends, they are a supremacist ideology NOT a ‘peazfool’ religion. just check out it’a bloody history.