New Conservative Christian College to Open in Boston Next Fall

New Conservative Christian College to Open in Boston Next Fall

Sattler College – “No place for snowflakes” 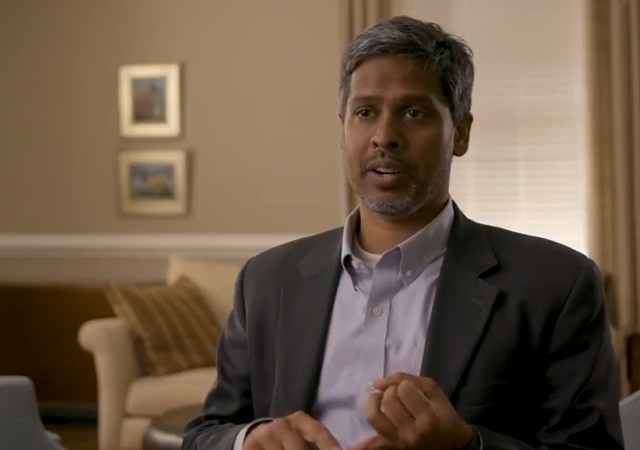 This is a fascinating story. It’s not every day that you see the founding of a new college. A Boston area business man named Finny Kuruvilla is putting up millions of his own to found Sattler College as a conservative Christian school in Boston.

In a city full of colleges and in an economy increasingly perilous for small schools, one wealthy businessman is making an unlikely investment. Next fall he will open a college in Boston geared toward conservative Christian students, using an innovative model that incorporates online learning.

Sattler College, named after a 16th century martyr, will be entirely funded by Finny Kuruvilla, an investment fund manager with a medical degree and a PhD from Harvard. He has guaranteed $30 million of his money to fund the school.

In his view, the traditional college model is broken. The new four-year school is his attempt to start from a blank slate. He said his goals are threefold: to teach a strong core of liberal arts courses, provide students with a Christian community, and keep the cost extremely low. Tuition will be $9,000 per year, about a fifth of the cost of a typical private college.

Kuruvilla, who attends and preaches at a small church in Medford called Followers of the Way, said he lived as a residential assistant in Harvard undergraduate dorms while in medical school and was disturbed by what he saw. College corrupted students’ character instead of developing it, he said.

“The whole notion of education has become generally confined to academic thought, not so much to developing of the whole person, character, and integrity,” he said. “I think that’s a great tragedy.”

In this video, Kuruvilla describes the principles behind the school’s founding and what will be offered:

According to a report by Caleb Parke of FOX News, Sattler represents a rejection of the culture that has taken over college campuses in recent years:

No place for ‘snowflakes’: Conservative Christian college poised to open in 2018

“The modern educational system is too expensive, it’s academically weak and it’s hostile to faith,” Kuruvilla said. “These institutions are very resistant to change, and so we decided to create our own college in Boston, Massachusetts.”…

The college’s mission statement reads: “Sattler College seeks to prepare students to serve Christ, the church and the world. Our mission is to provide classical education that instructs the mind, discipleship that shapes the soul and inspiration that inflames the heart.”

Sattler College hopes to enroll about 300 students, with tuition set to be only $9,000 a year – a fraction of what most private college charge. The liberal arts school will have five majors at the outset: human biology, computer science, biblical and religious studies, history and business.

Best of luck to Kuruvilla and everyone at Sattler College. We will definitely be watching their progress.

If I lived there and getting ready for 4 years of college, I would be first in line to apply for it.

Hope they follow in the success, and footsteps, of Hillsdale College. Success – and no federal funds or “financial aid” accepted!

I agree! However, one is still a bit stuck if one is looking for an engineering degree.

Two questions: Are you aware of what Andrew Carnegie did to the university system? Where does the name “DINORightMarie” come from? I’ve been wondering for years.

I don’t know. Yes, an undergraduate engineering degree would be impossible here. But if they do it right, they could give their pre-engineering students the right foundation for a post-graduate degree somewhere else.
The RIGHT foundation – a classical liberal arts education – can be a very good foundation for engineering or anything else.

It will be interesting to see how the accreditation process works out for this new school. I don’t see how much progress can be made without accreditation reform. One might hope for a more market-based system, but of course there’s always the possibility that parents and businesses might actually prefer graduates with more “flexible” ethics.

My wonder – which city would it be harder to operate a Christian College in, Boston or Tehran?

My hunch is that the “professional” education community will treat them like it has the choice schools in the lower education ranks.

The big question as the post above notes is whether the can first get accredited and then more importantly hold onto it. That will be the tool used to force agenda related matters, especially anything that an be tied to Title IX. Its application is unlimited so far.

It’s a start. Christian Conservatives need to put their money where there mouths are and create alternatives for parents seeking to give their children an education.

It seems foolish to me to fund an education that teaches your child to regard all you believe in with disdain.

I suspect in time the braggadocio of saying “I’m the product of an Ivy League education will be an indication of an under-educated dolt. Just a thought.

This is in large part what the home schooling movement is about. It’s the ultimate distributed system; anything more centrally controlled is going to inevitably be taken over and regulated by the Feds – look at the Catholic School System, for example.

Look for Muslim students to apply and demand space for Islamic prayers.

This was the very first thing that I thought of also.

WOW — I didn’t think that the City of Boston would allow anything that didn’t adhere to to the “Moloch U” model endorsed by Progressivism!