People became worries after he left an emotional note on Facebook. 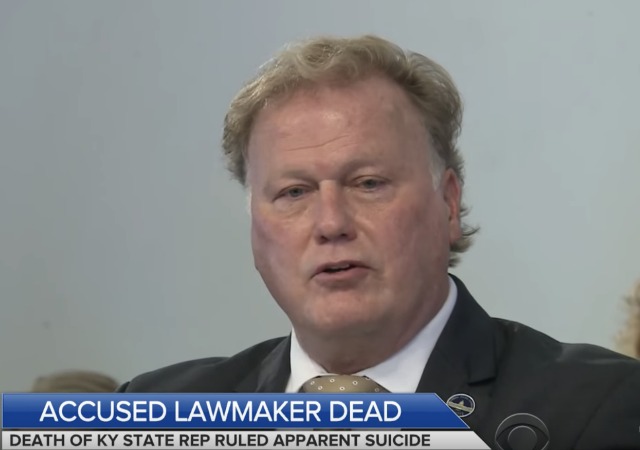 Kentucky’s Bullitt County Coroner said that State Rep. Dan Johnson died from a self-inflicted gunshot wound to the head. He was under an investigation for allegedly molesting a girl in 2012 when she was 17-years-old at the time. The victim claimed after he had been drinking, he “approached her, kissed her and fondled her under her clothes.” He denied the accusations.

People tried to find him after he posted this on Facebook:

Bullitt County Sheriff Donnie Tinnell says Johnson drove to the bridge over the Salt River on Greenwell Ford Road in Mt. Washington, parked on the north side of it and shot himself in front of his car.

His body was found on the bank of the river, just past the bridge.

On Tuesday, Johnson held a press conference at his church on Bardstown Road, where he denied the molestation allegations. According to court documents obtained by the Kentucky Center for Investigative Reporting, the alleged molestation took place on New Year’s Eve in 2012. The alleged victim, who was 17 at the time, told authorities that she was staying in a living area of the Heart of Fire City Church where Johnson was pastor, when Johnson, who had been drinking a lot, approached her, kissed her and fondled her under her clothes.

Michael Skoler, the president of Louisville Public Media, which owns the Kentucky Center for Investigative Reporting, released a statement after Johnson’s death:

“All of us at Louisville Public Media are deeply sad to hear that State Representative Dan Johnson has died, apparently of suicide. We grieve for his family, friends, church community and constituents.

Our Kentucky Center for Investigative Reporting released a report on Johnson this week. Our aim, as always, is to provide the public with fact-based, unbiased reporting and hold public officials accountable for their actions.

As part of our process, we reached out to Representative Johnson numerous times over the course of a seven-month investigation. He declined requests to talk about our findings.”

And every person on this site who helped smears like this against Judge Moore should be proud of the result they helped to foster.

Whaaat??? “says Johnson drove to the bridge … parked on the north side of it and shot himself in front of his car. His body was found on the bank of the river, just past the bridge.”

If he shoots himself in front of his car, how did his body get in the river?

The number of ridiculous stories we are expected to swallow grows daily.

Here is another one that got little press: Yeah, a surgeon is going to stab himself in the chest. Riiigght.

and notice the extra unnecessary wording so we can’t make sense of it: apparently he parks on the NORTH side of it [Bridge], shoots himself and then found on the BANK OF THE RIVER JUST PAST THE BRIDGE?

So….did he fall in and float there and land on the bank past the bridge? Or if that was the spot that he initially parked , why all the extra wording about the north side and just past the bridge?

oops, I posted the wrong link about the Dr. This one sums it up nicely.