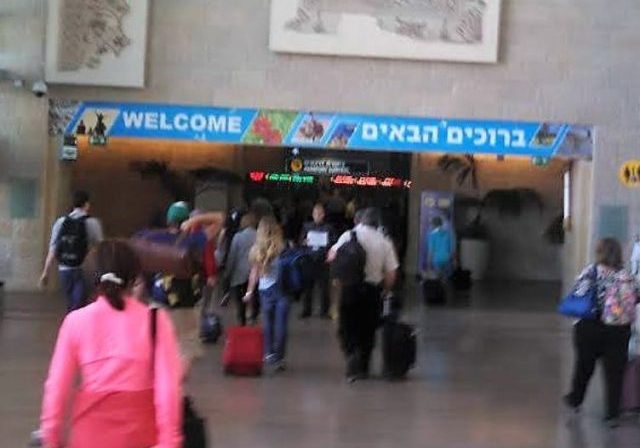 Despite the on-going geopolitical drama related the impending move of the American embassy to Jerusalem, Israel is seeing a surge in the number of Christians visiting the holy sites this year.

Israel’s Tourism Ministry is preparing to welcome tens of thousands of Christian pilgrims over the Christmas season, finishing up a record-breaking year as the number of tourists reaches 3.5 million people in 2017.

A 20 percent increase in Christian visitors is expected over the holiday season compared to last year, according to Tourism Minister Yariv Levin, who attributed the record growth to his ministry’s ongoing international tourism campaign.

“Israel invites the faithful from all religions to pray, worship and visit all the holy sites in Israel in freedom and security,” he said, according to The Jerusalem Post.

“I am proud to take this opportunity to announce that this year we have broken all previous records for incoming tourism, and are set to end 2017 with a record 3.5 million tourists – half a million more than the previous record,” he added.

It seems that Trump’s embassy move has not been bad for Israel’s tourism industry:

In the West Bank town revered as Jesus’s birthplace, hotels are at full capacity for Christmas despite simmering Israeli-Palestinian tensions over President Donald Trump’s labeling of nearby Jerusalem as Israel’s capital.

“We have not witnessed any cancellation since the Trump announcement and are 100 percent booked for Christmas Eve,” said Palestinian Tourism Ministry public relations director Jeries Qumsieh.

Additionally, many Christians are coming to give thanks to God and embrace their faith more closely. Israel’s tourism professionals are weighing how to take advantage of their interest.

[Israel’s Department of Tourism] Deputy Ayman Odeh said “Israel does not invest enough in Christian tourism, or in marketing and infrastructure.” Other Arab members of the Joint List expressed the view that Christian sites such as Bethlehem and Nazareth are not being exploited to their full potential.

…Amir Halevi, Manager of the Tourism Office, said in response, that his office views pilgrim tourism as a very important segment of the market, and does not want to lose it. He stressed that “part of the general increase in tourism is due to the segment of Christian tourists, but it is difficult to measure the data since this segment is not only comprised of groups of tourists, but also of individuals. In recent years, new phenomena have been taking place, such as the arrival of Orthodox priests interested in enjoying Tel Aviv”.

Halevi concluded that having a company dedicated to the development of tourist infrastructure could trigger a major change in cities like Nazareth, similar to the city of Akko’s model.

As a reminder, it was in 2002 that there was a 39-day siege at the The Church of the Nativity in Bethlehem. The site reeked of urine and was strewn with debris after the stand-off ended. However, the continuing unrest has taken a toll on the site.

The Western Christians who do come to Bethlehem tend to spend very little time and very little money in the city. Meanwhile, some of the policies leftover from the Ottoman Empire have prevented significant renovations to the church for over five centuries.

A few years ago, the Palestinian Authority was able to negotiate emergency renovations to prevent the church’s roof from falling in, and to make some other badly needed repairs. But the church, and the community surrounding it, are still largely neglected and very much in disrepair.

Prayers-up that everyone has a safe and peaceful Christmas celebration in the Holy Land this year.

If Christian tourism from the United States is up, it is definitely a Trump effect.

My friends who are Jewish, and who visit, acknowledge the danger of visiting this area, which is admittedly plagued by malignant terrorists, and have over the years expressed defiance toward the threats. Christians, however, tend to be more concerned about the threats, and whether the US would do anything if something happened to them.

Trump has done three things to reassure traveling Americans: He visited the Muslim countries, and told them that they will have a better future if they stop supporting terrorists; He visited Israel, yes, but he also visited China, and rescued some damn fool American tourists. I submit that his actions in connection with his trip to China were highly pertinent.

Americans have traditionally expected our government to intervene on our behalf if we get into trouble, overseas. The Obama administration was a notorious, miserable failure with respect to this responsibility. The Trump administration has been dramatically more reassuring.

“The Obama administration was a notorious, miserable failure…”

Failure requires incompetence or negligence. The obama administration’s’failures’ were intentional acts of sabotage against our nation. obama and valerie jarrett are both traitors, and so are the rats they infested out government with.

I was giving them the benefit of the doubt.

Valerie,
Honestly, what doubt is left?

I vividly remember Obama telling Mitt Romney the 80s had called asking for their foreign policy back, and wondering what “magic wand” DJT had, for getting jobs back. There was also Hillary picking a fight with a green, cartoon frog. They only tell us they are smart.

As for obama and klinton, they’ve proved what corrupt contrivances they are. As for the leftist press and educators,they’ve proved themselves to be amazing dumbasses.

We need to treat them all like the bad seed brats they are.

In obama and klinton’s cases, we need to treat them like the traitors they are.

Compare Israel’s welcoming attitude towards peaceful worshippers of all faiths, with the infantile, insecure and belligerent hostility of Muslims in the region, who won’t even let non-Muslims visit their holy sites, much less enter a mosque, and, who predicate their desire for a “Palestinian” (i.e., Arab) state with the unwavering prerequisite that no Jews be allowed to live there!

Islam’s sundry supremacist, totalitarian and belligerent pathologies make for a decidedly inhospitable ideology with regard to people who choose not to follow it.