$22 million in “black money” generated raw footage of “anomalous aerial vehicles” and a lot of speculation. 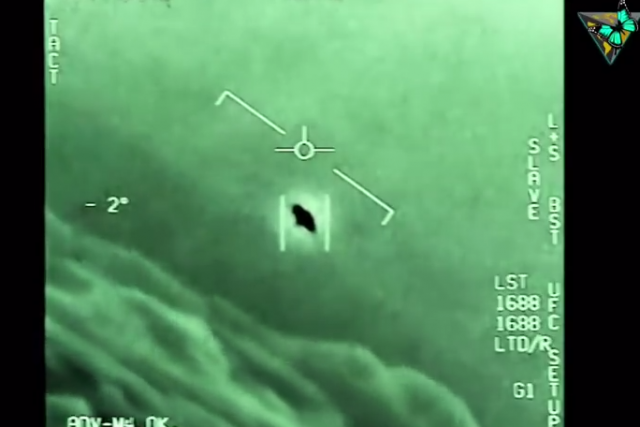 Not only did he weaken the power of the minority party to filibuster Cabinet-level appointees and most judicial nominees, but he also funded a mysterious Pentagon program that sought Unidentified Flying Objects (UFO).

For years, the program investigated reports of unidentified flying objects, according to Defense Department officials, interviews with program participants and records obtained by The New York Times. It was run by a military intelligence official, Luis Elizondo, on the fifth floor of the Pentagon’s C Ring, deep within the building’s maze.

The Defense Department has never before acknowledged the existence of the program, which it says it shut down in 2012. But its backers say that, while the Pentagon ended funding for the effort at that time, the program remains in existence. For the past five years, they say, officials with the program have continued to investigate episodes brought to them by service members, while also carrying out their other Defense Department duties.

The shadowy program — parts of it remain classified — began in 2007, and initially it was largely funded at the request of Harry Reid, the Nevada Democrat who was the Senate majority leader at the time and who has long had an interest in space phenomena. Most of the money went to an aerospace research company run by a billionaire entrepreneur and longtime friend of Mr. Reid’s, Robert Bigelow, who is currently working with NASA to produce expandable craft for humans to use in space.

The videos, all taken from cockpit cameras, show pilots struggling to lock their radars on oval-shaped vessels that, on screen, look vaguely like giant flying Tic Tacs. The strange aircraft – no claims are made about their possible origins or makeup – appear to hover briefly before sprinting away at speeds that elicit gasps and shouts from the pilots.

Retired Cmdr. David Fravor, a Navy pilot who was on a mission recorded in the released videos, recounted his experience:

He and another pilot were with the USS Nimitz training in F/A-18F Super Hornets about 100 miles out in the Pacific Ocean when someone on the Navy cruiser USS Princeton contacted them by radio about mysterious aircraft.

The ship had been tracking objects that were described as being white, 40 feet long and shaped like Tic Tacs that would appear suddenly 80,000 feet up, then descend toward the ocean and hover at 20,000 feet before dropping out of radar range or blasting back up.

The ship and the pilots worked together to track one of the aircraft and when Fravor got close enough to examine one, it peeled away.

“It accelerated like nothing I’ve ever seen,” he told The New York Times. “I have no idea what I saw.”

That NYT UFO story didn’t get nearly enough coverage. I am reposting here along with that amazing video footage — https://t.co/gJvYfVDmvt pic.twitter.com/mdqLv5LSyF

Given how much damage the Obama administration did to our intelligence capabilities, and knowing how rapidly our opponents have been developing new weapons systems, one could see some logic in trying to identify new objects cruising through our atmosphere. Personally, however, I would take more comfort in the determination they are of this Earth.

The trajectory of a technologically advanced civilization encountering one that was substantially less so is not promising for the lagging group.

On a side note: It will be interesting to see how much more “black money” will be found when the Pentagon completes its first audit! According to the reports, the $22 million spent on the Advanced Aerospace Threat Identification Program was extremely difficult to find.

Dirty Filthy Harry Reid’s over-arching legacy is being one of the worst, most execrable people ever to darken the Senate.

Harry Roid set the hurdle mighty low, but Schumer is just the guy to be able to slither under it.

Hollywood could do it for cheaper.

There is something out there

notamemberofanyorganizedpolicital in reply to gonzotx. | December 19, 2017 at 11:54 am

Harry Reid also fought hard for funding Cowboy Poetry. Glad to know that our betters have been on top of so many issues critical to the American people.

Let’s not overlook that most of the money went to a friend of Reid’s:

“Most of the money went to an aerospace research company run by a billionaire entrepreneur and longtime friend of Mr. Reid’s, Robert Bigelow” -NYT

Bigalow has been working with NASA on real projects….think Musk/Bezos.

notamemberofanyorganizedpolicital in reply to PersonFromPorlock. | December 19, 2017 at 11:55 am

That makes is sound like a money laundering/illegal political contributions scheme no?

TheFineReport.com in reply to notamemberofanyorganizedpolicital. | December 19, 2017 at 7:38 pm

You can be sure this money made it back to reid and a lot of his friends.

Where is Swamp Sessions?

A blind squirrel can sometimes find a nut. OK..half blind squirrel…. Reid must have been listening to Coast to Coast AM when George Knapp hosts…. UFO-ology reporter from Las Vegas.

$22 million? The Navy spends that much on Brasso every four hours just keeping the brightwork shiny. The SEALs may lack training funds, but gray paint and Brasso are never in short supply. Whose brother-in-law has those contracts?

We SHOULD be investigating UFOs. If our military is seeing flying objects that they cannot identify, we need to find out what those things are. Searching for the answers too the unknown in the basis of science.

Sure. But do it in the open. Probably privately.

That was the ostensible rationale for military secrecy when these sightings first started to become common. American pilots reported lights seemingly pacing them abeam, then taking off at high speed when pursued. They were assumed to be German secret weapons—not an unreasonable supposition at the time. After the war, sightings continued, but then they were assumed to be German secret weapons which had been captured by the Russians. And of course nobody wanted the Russians to know how much the American military knew (or, more accurately, didn’t know) about these things. So everything went into the “secret” bin.

‘Course that was all a long time ago, and the excuse has worn a bit thin.

Dirty Harry’s interest in intelligence or science is another mystery, unless graft is involved. And I expect they’ll find far more than $22 with a little more looking.