“Fueled by high consumer confidence and a robust job market, U.S. retail sales in the holiday period rose at their best pace since 2011” 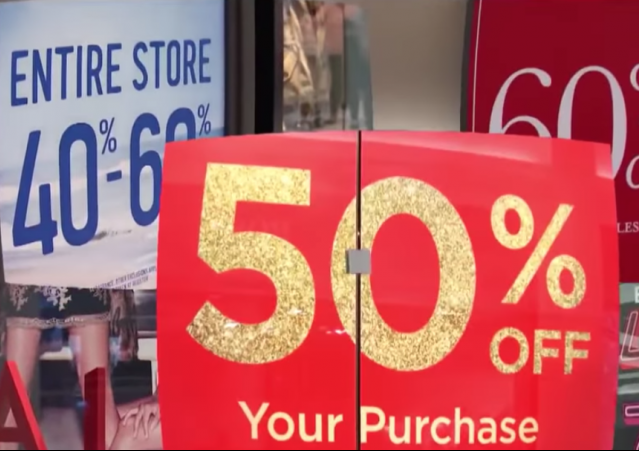 It’s more blessed to give than to receive and Americans did an awful lot of giving this holiday season.

A longer holiday season between Thanksgiving and Christmas and a full weekend just before Christmas helped fuel higher sales than recent years past.

Fueled by high consumer confidence and a robust job market, U.S. retail sales in the holiday period rose at their best pace since 2011, according to Mastercard SpendingPulse, which tracks both online and in-store spending.

Sales, excluding automobiles, rose 4.9% from Nov. 1 through Christmas Eve, compared with a 3.7% gain in the same period last year, according to the Mastercard Inc. MA -0.15% unit, which tracks all forms of payment. E-commerce continued to drive the gains, rising 18.1%.

“It started with a bang in the week leading up to Black Friday,” said Sarah Quinlan, a senior vice president of marketing insights at Mastercard. She added that retailers benefited this year from Christmas Day falling on a Monday, giving shoppers a full weekend to scoop up last-minute purchases. Dec. 23 ranked next to Black Friday in terms of spending, according to Mastercard.

“Overall, this year was a big win for retail,” Ms. Quinlan said.

That newfound buoyancy is a relief to retailers—from department-store giants like Macy’s Inc. to mall favorites like Gap Inc.—that struggled through a difficult year of store closures, declining foot traffic and bankruptcies by chains including the Sports Authority, Toys ‘R’ Us and Payless Shoes.

For retailers, the shopping season isn’t over. Pushing massive discounts, stores are hoping to lure shoppers back in for post-Christmas deals with the hope of besting their Black Friday numbers:

From Amazon to Nordstrom to Old Navy, an increasing number of outlets are offering fresh sales after the Christmas rush to lure consumers before their spending hibernation.

“A lot of people are going to be returning things, so I feel like it will be cheaper,” said teacher Ronny Rahman, 35, as he strolled Fulton Street in Brooklyn on Monday. “I feel like now is a good time to get it.”

Beginning Tuesday and extending through Jan. 2, Nordstrom will offer new sales on clothing and accessories both in stores and online.

Old Navy is touting price cuts of up to 70 percent after Christmas, and e-commerce king Amazon plans a slew of special deals in the coming days.

Retail experts have projected robust holiday sales this year with a booming stock market, a rosy economic outlook and the prospect of impending tax cuts.

Retailers are casting a wide net to ensnare shoppers expected to head right back to the local mall to return unwanted items or to use gift cards.

But, just in case we need a reminder of what Christmas is all about, here’s Linus to remind us:

Remove a treasonous, doofus fraud from the White House, and look what happens.

How we survived that weasel obama (and his handler, valerie jarrett) is a miracle.

Sorry, but we didn’t contribute. Our total Christmas spending was $50.