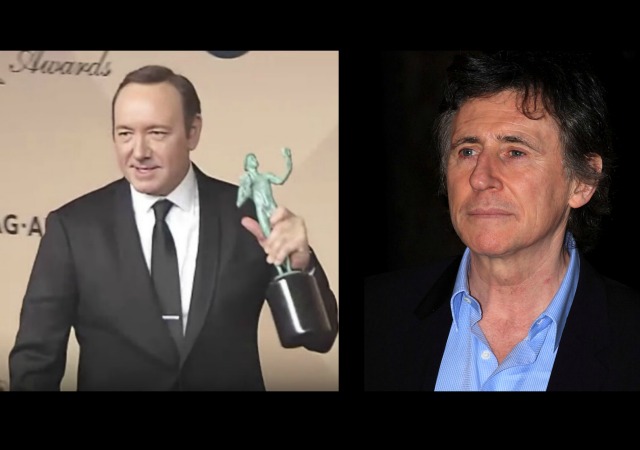 Irish actor Gabriel Byrne has revealed that production on the 1995 blockbuster The Usual Suspects had production interrupted due to inappropriate behavior from Kevin Spacey. From The Independent:

The Irish actor claims that while he did not know why filming was stopped at the time, he has since discovered it was because of Spacey’s alleged inappropriate behaviour towards a younger actor.

“I did not know honestly then the extent of his violence,” Byrne told The Sunday Times. “I mean, he was kind of a joke in that people would say ‘That’s Kevin’, but nobody really understood the depth of his predations.

“It was only years later that we began to understand that [filming] was closed down for a particular reason and that was because of inappropriate sexual behaviour by Spacey.”

Byrne starred in 1995 film The Usual Suspects alongside Benicio del Toro, Pete Postlethwaite and Spacey who went on to win a Best Supporting Actor Oscar for the role. The film was directed by Bryan Singer who has been fired from forthcoming Queen biopic Bohemian Rhapsody after reportedly failing to turn up on set.