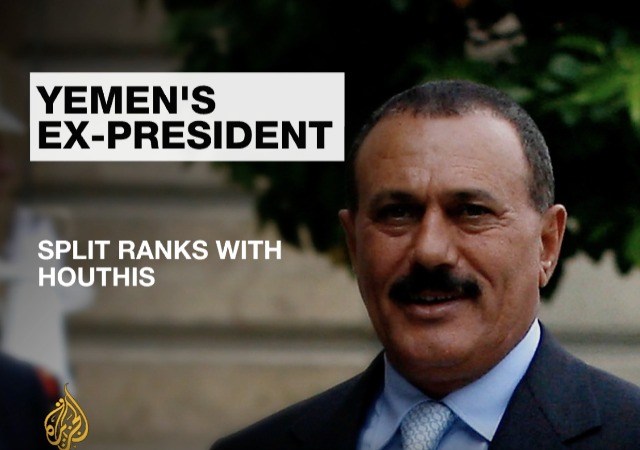 Former President of Yemen Ali Abdullah Saleh has died after his house exploded in the capital city of Sana, which has been torn apart from fighting between the government and Houthi rebels. From Reuters:

Al Arabiya quoted a source in Saleh’s General Peoples Congress as saying he was killed by sniper bullets. A Houthi video distributed on social media showed what appeared to be Saleh’s body, clad in grey clothes and being carried out on a red blanket. The side of his head bore a deep wound.

The radio station of the Houthi-run Yemeni Interior Ministry first reported Saleh’s death but his party quickly denied this to Reuters, saying he was still leading his forces in Sanaa.

Earlier on Monday, Houthi forces blew up Saleh’s house in Sanaa and came under aerial attack by Saudi-led coalition warplanes for a second day, residents said.

The Saudi-led air campaign, backed by U.S. and other Western arms and intelligence, has killed hundreds of civilians but has failed to secure the coalition any major gains in the nearly three-year-old campaign to restore Yemen’s internationally recognized president, Abd-Rabbu Mansour Hadi, to power.

Saleh’s loyalists have lost ground on the sixth day of heavy urban warfare with the Houthis during which the death toll has jumped to at least 125 with 238 wounded, according to the International Committee of the Red Cross.