“This was a crime born of entitlement and greed, committed to supporting a lifestyle that was beyond their means.” 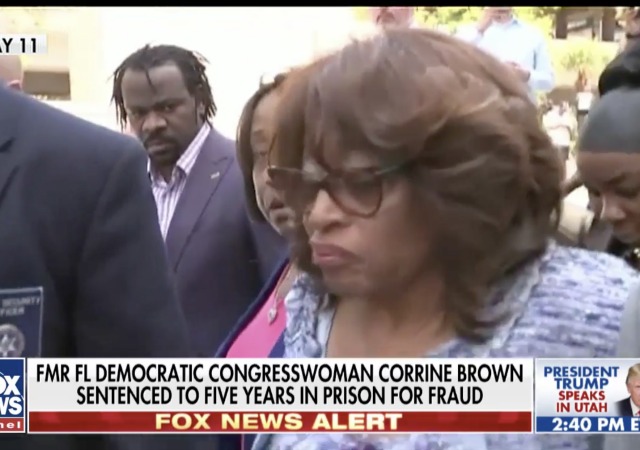 Former Florida Democratic Rep. Corrine Brown received a five year prison after a jury convicted her for mail, wire, and tax fraud connected to a bogus charity that should have given scholarships to poor children. From Politico:

The 71-year-old disgraced congresswoman’s chief of staff, Ronnie Simmons, got 48 months in prison, while the founder of the charity, One Door for Education President Carla Wiley, received a 21-month sentence for her role.

“This is a sad day for everyone,” said Corrigan after sentencing Brown to prison. “I was impressed with all the outpouring of support for you, and I think it’s a tribute to all the work you’ve done over the years. That’s what makes this all the more tragic.”

“This was a crime born of entitlement and greed, committed to supporting a lifestyle that was beyond their means,” said Corrigan. “Just think of the good that could have been done with that money if it would have been used for its intended purpose.”

The prison sentence marks the end of a legendary figure in Florida politics.

In 1992, Brown, of Jacksonville, was the first African-American from Florida to be elected to Congress since Reconstruction. She was best known for her slogan “Corrine Delivers,” a nod to the fact that she had knack for securing federal funding for her district.

This thief got off lightly.

Gee, couldn’t have happened to a nicer person.

Now for Maxine Waters and we will have a good start going.

I’ll get excited … after she actually serves it.

Until that happens, it’s just Lucy and the football all over again.