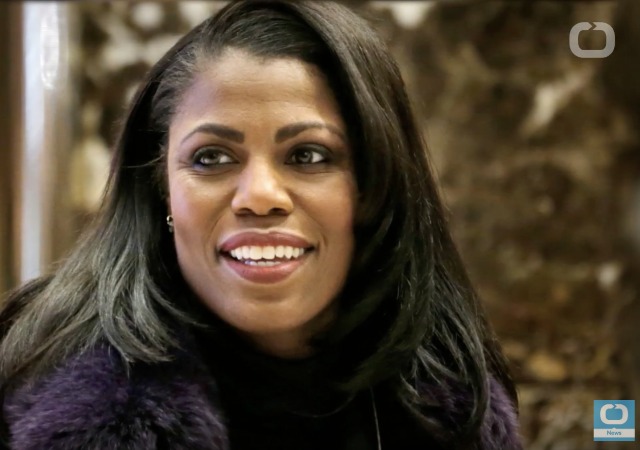 Fired? Resigned? Conflicting reports have come out over Omarosa Manigault Newman’s departure as director of communications for the White House Office of Public Liasion. The White House said her last day is January 20. From Politico:

“Omarosa Manigault Newman resigned yesterday to pursue other opportunities,” the White House said in a statement. “We wish her the best in future endeavors and are grateful for her service.”

The former Apprentice star has remained close to President Donald Trump throughout the years, which showed after he appointed her to the position. But Omarosa has always caused drama and her year at the White House is no different, including this news.

Earlier today I received an alert from Fox News that said the White House fired her. A few minutes later, it said she resigned. The White House claims her last day is January 20, but people on social media said that security escorted her outside.

According to multiple sources Omarosa did not resign. She was even escorted out of he building and off campus.

Yamiche Alcindor, the New York Times Congress reporter, said he spoke to sources that “Omarosa was let go yesterday and she was escorted off of the White House grounds by security.” However, she is telling her friends that she left voluntarily.

Trey Yingst, reporter for One American News Network, called Omarosa and asked what happened. She told him she’d call him back and hung up on him.

Reports have also emerged that Trump’s Chief of Staff John Kelly fired her after all the drama she has caused in the White House and her influence over Trump, including the “ability to get him worked up over hot topics.” From New York Daily News:

Manigault had to be escorted from the building after Kelly told her she was out, Ryan said.

One of Kelly’s priorities since taking over for Reince Priebus has been to strictly control who gets to see the President and how Trump gets information.

Omarosa’s role confused many in the administration, many not knowing exactly what she did on a day-to-day basis for her $179,700 a year role.

Omarosa bothered others at the White House with her antics as well. Back in April, she brought her 39 bridesmaids to the White House for a photo shoot. No one knows if she had permission. The New York Daily News noted other incidents:

A month earlier, the 43-year-old endured a chaotic trip to the National Association of Black Journalists Convention in New Orleans.

Her appearance at an event during the convention was described as confrontational and hectic as she aggressively insisted reporters “Ask me a question about me,” while sidestepping inquiries about the administration.

I do remember her from the Apprentice way back when. However, this is the first I’ve heard her name since then. Farewell, I guess.

notamemberofanyorganizedpolicital in reply to buckeyeminuteman. | December 13, 2017 at 2:47 pm

Would these be the same multiple sources that said Trump tried to make contact with the Russians before the election?

Why do you repeat this nonsense?

Truth, reporting. Is this serious JournoLism?

Twice shy, and all.

Well, if she’s lasted there for a year, she can’t have been all that disruptive.

she makes 180K and no one knows what her role is ???
glad she is out, now she will ‘write’ q tell all and biye the
hand that fed her.

I doesn’t mean that nobody knows, it means that no obliging anonymous source knows. Or that the press is now so lazy that nobody even asked.

notamemberofanyorganizedpolicital in reply to tom_swift. | December 13, 2017 at 5:31 pm

It also doesn’t mean she makes anywhere nearly that much.

Sounds like General Kelly did what a chief of staff is supposed to do.

More than likely, she butted heads with Kelly and when called on it thought that she had more clout with Trump than the Chief of Staff did. I guess that was clarified to everyone’s satisfaction. Now, on with the work of governing.

Seems to be a lot of he saud she said but very little in the way of specifics.

A Drama Queen causing drama?!? How can that be?

There is ever only drama with her.
#NotShocked
#SlowNewsDay

I think the Trump team is just trolling the media ,they know they will run with any red meat thrown to them, then the real story comes out .
I bet the Donald Jr email date change fiasco was a Trump inspired psychops

I dunno what her value system is but I hazard a guess that it’s better than Turnip’s … so maybe she has something meaningful to say.

Meaning that your value system is the ends justify the means because your a Progressive Fascist and hate Trump.

@ConradCA … well said … just what I’d expect for an internet fascist. Maybe you oughta borrow a mirror or whatever … might help in pulling your head outa your ass.