Can someone check on CNN? They’ve been fixated on a white truck for 2 days now

Can someone check on CNN? They’ve been fixated on a white truck for 2 days now 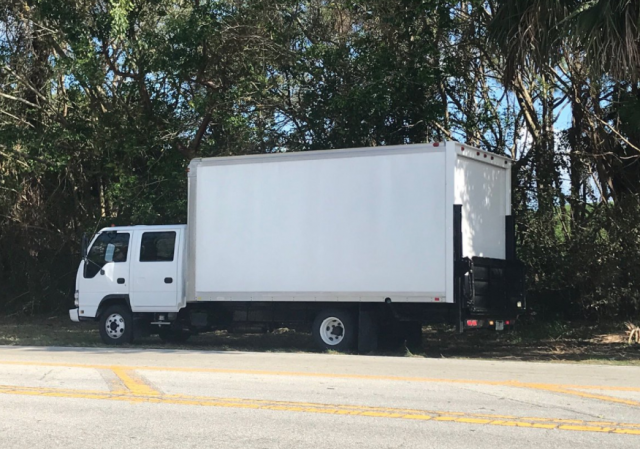 It all started Wednesday when CNN reporters hid in the bushes of a Florida golf course to film President Trump golfing.

Later, their attempts to obtain footage from a sidewalk were foiled by a large white truck which appeared to be strategically parked.

And it was all downhill from there.

Because getting footage of Trump slicing a drive is essential news, CNN was determined to get to the bottom of the TruckParkingGate, convinced the truck was parked purposely to prevent them from filming the president.

.@Kevinliptakcnn reports @SecretService saying they did not provide the box truck to block the view of Trump golfing pic.twitter.com/cWv7jtrlC0

Even devoting air time to TruckParkingGate:

"You Can't See Me" ❌ ???? A large truck is attempting to block cameras from capturing video of President Donald Trump golfing ???? ???? https://t.co/qeO0k6c4YP pic.twitter.com/YO34DA6MGq

But they did find the white truck’s stunt double Thursday!

Then they learned Trump closed the course to let members of the Coast Guard play:

But still went out of their way to confirm the stunt double was, in fact, the original shot-blocking truck:

To close the loop on this, CNN confirms this is the same truck as used on Wed, based on license plates- as first reported by @MikeMagsCBS12 https://t.co/VxG7QqwgDA

SPOTTED: POTUS checking out our camera outside the golf course today, as seen through @petermorrisCNN's lens pic.twitter.com/3cB8Prx0oj

Even though they claim this is all par for the course:

CNN cameramen have been staking out presidents on vacation since they brought studio cameras to Santa Barbara to watch Reagan ride a horse over a ridge. https://t.co/OlpNF5EUYk

The white truck contains evidence of the location of the missing Malaysian Air Lines 777 that they were on and on about for several weeks months.

Are those trees/bushes in which the “journalists” are hiding to take sneaky photos “racist” trees like the ones in Palm Springs?

If “journalists” use racist trees for such a purpose, are the journalists racists too?

I don’t know so much about “racist” but I’d settle for “poison oak” or “poison ivy.”

It is a white truck as well, which sends the subtle but profound message of its supremacy and privilege.

That white truck and the trees are intended to intimidate and prevent black trucks from having a view of the golf course.

If it had been a black truck doing those things, it would have been harassed by the police, investigated, beaten, shot, and arrested by now.

If it were my truck it would be emblazoned with “Who are the Awan Bros. and what did they do for the US to be paid so much? I might mention DWS too.

An upcoming CNN Special Report will reveal that the majority of white trucks are driven by conservative white males. Breathless speculation about what this says about Trump and his supporters will immediately follow.

I bet their Mon’s are proud of all that debt rolled up going to J-school! I smell Pulitzer…

I thought the Coast Guard event was a nice holiday touch. I hope he does similar things for other services. Bush also does a lot of events for injured service personnel.

I am wondering about the comparison of Obama and Trump playing golf. There were may pictures of Obama golfing as well as press pool comments about the trips to Andrews, etc. With Trump, he is at the Trump Resort, but is he really playing golf? It would be interesting to find out since I really haven’t seen that many pictures of Trump actually golfing.

Reports I’ve read say that he’s very, very good for his age, or indeed for any age.

Eerm … People hiding in shrubbery and pointing black barreled things (which camera lenses can look like) at the president should arouse extreme suspicion amongst the Secret Service agents charged with protecting the president from assassination attempts. I think the media is acting in very dangerous ways — unless, of course, they are perfectly safe because they were given prior permission to pretend to sneak up on the president and act aggressive in getting him in the sights of their who-knows-what-it-is equipment.

Remember the supposedly surreptitious photos of Bill and Hillary dancing in their swimsuits at the beach? Either the Secret Service totally dropped the ball that day, or that incident was an approved photo-op jazzed up to excite people who felt like peeping toms looking at a private moment.

Hopefully, his protection detail is better than Obama’s and haven’t had their gear stolen by hookers.

Just remember this country relies on trucks and truckers.

They *really* needed to put “Make America Great Again” on that truck, since CNN is determined to focus on it to the exclusion of… Oh, I don’t know… real news stories.

I expect a hundred Photoshops to bloom from this.

Are you OK? You’ve been in there an awfully long time…

If you can photograph the President playing golf, someone can shoot him with a rifle from the same spot. If it wasn’t so professional, the Presidential Protection Detail would probably send CNN a “thank you” for pointing out a hole in their protection plan.

I say put some Trump Hotel Ad on the side of a white truck and park it there.

Herr Mueller is in the truck, listening…..

Doesn’t the white, WHITE, box truck need to be killed. Because not only is it white, WHITE! but because it’s WHITE! it’s #^@&ing WHITE!!! it’s also evil and WHITE! WHITE!! corporate?