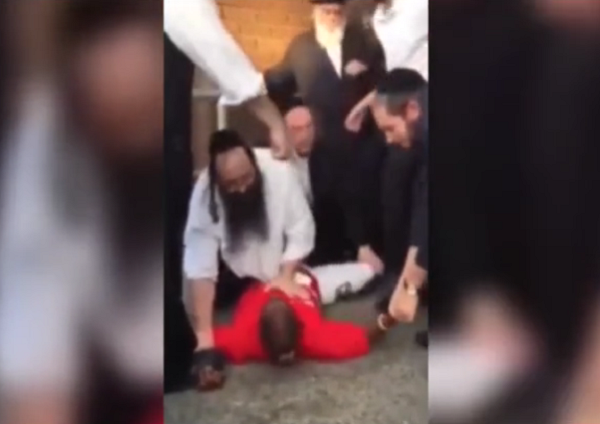 A rabbi in Melbourne, Australia tackled his would-be attacker and pinned him to the ground.  An IDF Training School representative says that the rabbi, not trained in IDF hand-to-hand combat techniques, is instinctively “a natural.”

A man who verbally abused and then attacked a rabbi was taken down outside the Adass Synagogue in Melbourne.

Rabbi Yoni Lowin squared up to the man, who was shouting, “Go back to Israel” at him.

The unidentified man then tried to attack the rabbi after Yowin told him “You are not a Muslim”. Yowin wrestled his attacker to the ground and pinned him down, with the help of other men nearby.

The incident took place nearby Krav Maga IDF Training School, which teaches the martial art that was developed for Israel’s military.

This story is two years old. And the “IDF Training school” has no connection whatsoever with the IDF. It’s just a martial arts school in Melbourne run by someone who, like most Israelis, served a few years in the IDF.