This Tampa Church is a real *safe space*

This Tampa Church is a real *safe space*

No crayons or coloring books, however. 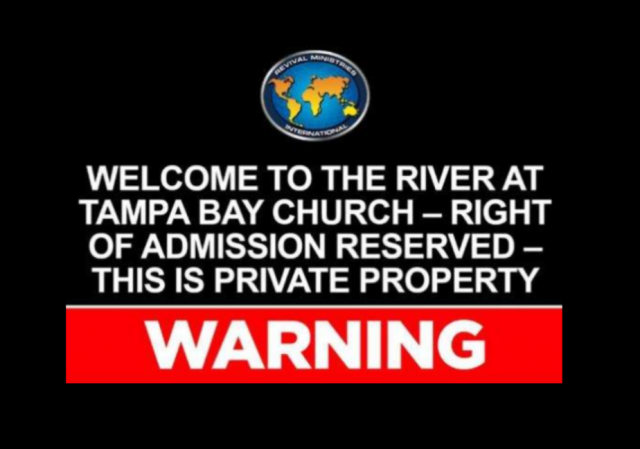 Safe spaces are all the rage on campuses. The safety promised is not physical safety, but emotional safety from ideas that do not fit the progressive and social justice warrior narrative.

At Vassar College, my planned lecture on “hate speech” and free speech was so *scary* to the intolerant far-left that they not only engaged in a smear campaign against me, they also organized safe spaces replete “coloring books, zine kits, markers, construction paper etc.”

A church in Tampa is taking safety seriously — real safety, not emotional safety. In light of mass shootings, including at churches, they are letting would-be perps know that they are armed and will fight back.

If you are an evildoer wishing to bring harm to the members of River at Tampa Bay Church, don’t expect congregants to turn the other cheek.

So says a sign at the church, at 3738 River International Drive in Tampa, that delivers a stark warning to anyone thinking of wreaking havoc.

“PLEASE KNOW THIS IS NOT A GUN FREE ZONE,” it reads. “WE ARE HEAVILY ARMED — ANY ATTEMPT WILL BE DEALT WITH DEADLY FORCE — YES WE ARE A CHURCH AND WE WILL PROTECT OUR PEOPLE.”

The message is signed “THE PASTORS.”

The sign at the 21-year-old church was put up about a year ago, said Associate Pastor Allen Hawes.

But it made a recent splash on social media when Senior Pastor Rodney Howard-Browne posted it on his Instagram account in the wake of the deadly church shooting in Sutherland Springs, Texas, that killed 26 and wounded another 20. 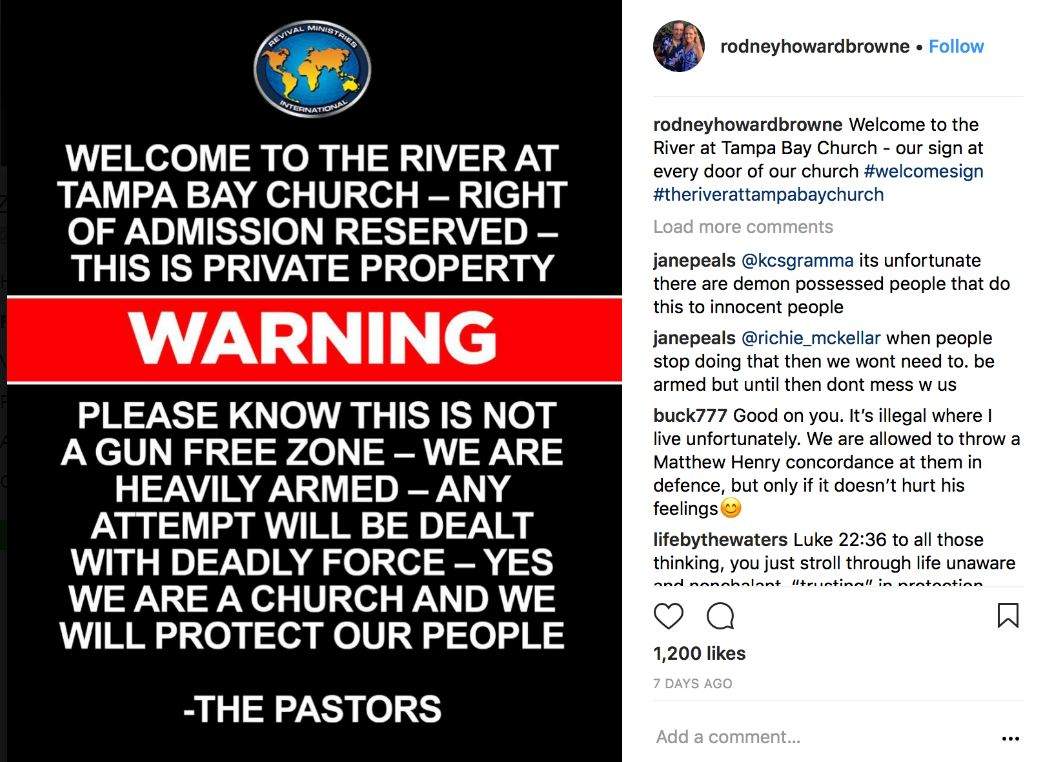 Reminds me of this sign at Ft. Davis (TX) High School sent to us by reader Danelle in August 2015: 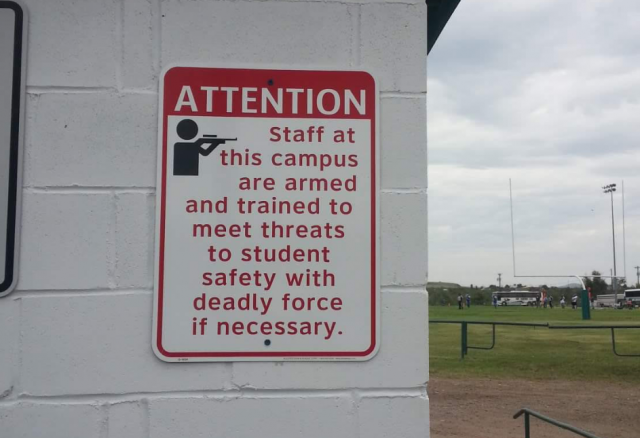 Why do you think most college campuses are against carry? I suspect they are more concerned, rightfully so, about armed Leftists than armed Rightists. Many professors intentionally whip their students into a Leftard frenzy.

I’m surprised they didn’t supply adult diapers and pacifiers, too. What a disservice these colleges do to their students; not expecting them to be mature adults, but to go running at the first perceived word of adversity.

I suppose that stuff does reek of Toxic Masculinity™—but only if they have the “Fun Factory” set, which has that little press with the extrusion dies to make beams and stuff. Pretty cool.

The lack of Pla-Doh shows that there is some shred of rational thought remaining. That stuff was pure hell when it got in the carpets (1906s vintage shag carpet) and/or kids’ hair. The little granules that always escaped the play table were horrible to step on in your bare feet on the way to the coffee pot in the morning…

The trans students were fond of it, but the students of color felt microaggressed because they couldn’t get the skin tone just right.

Molestation of unconscious students, even in liberal jest, will not be tolerated.

It looks like the gun has found a safe home with responsible owners. Progress. Positive progress.

There are churches all over the country which have had armed security, either members of the congregation or commercial security personnel. They just do not advertise it. There have been several instances where such armed personnel have stopped an attacker during a church service. They just don’t get long play in the media.

I know most of us carry at our Church. And it’s a big Church too.

Same here. Out of a congregation of around 400 there are at least 16 individuals either actively in law enforcement careers or retired from same. We all carry. There are at least another 40 who hold concealed carry permits and who have let us know they usually carry. Enough folks that we get together periodically and either put in range time or talk through scenarios. Good luck seeing a sign or an open carry firearm if you stop by on a Sunday.