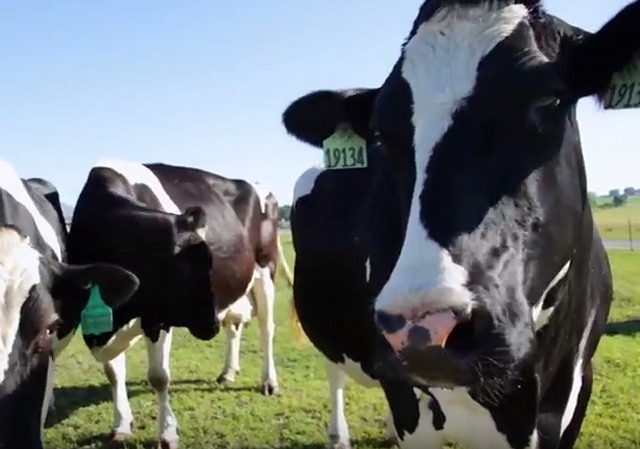 I’m beginning to think some colleges aren’t making anyone smarter.

Milk: The new symbol of racism in Donald Trump’s America

If you drink milk, you may be a neo-Nazi racist.

“You, along with the rest of the nation, have been so accustomed to hearing the benefits of milk that you probably didn’t even realize the subtle racism hidden in our health facts,” Ms. Diaz pens.

She continues: “It may not surprise you that the United States was founded on racism. That every institution we uphold has racist roots that are sometimes difficult to catch and even harder to fight against. This phenomenon affects our voter ID laws, state testing and, yes, even our federal dietary guidelines. But how can our health guidelines, a system meant to be built upon scientific fact alone, have racist messages? Where there is a deep-rooted tradition to suppress an entire race’s existence, there’s a way.”

And yes, it all comes down to milk.

“The federal endorsement of milk in American diets contributes to the problem by uncritically pushing people to drink milk, despite the potential detriment it has on non-white people’s health,” Ms. Diaz wrote. “Our current federal dietary guidelines urge people to drink three cups of milk a day, according to the 2015-2020 Dietary Guidelines for Americans. The main health benefit of milk is to guard against osteoporosis, a disease that weakens your bones — hence the ‘stronger bones’ rhetoric. While this is a very practical health benefit, osteoporosis affects Africans at a significantly lower rate than it does most Americans.”

The “i” in “milk” obviously stands for “idiot”.

She doesn’t appear to have learned much.

Where does Chocolate Milk fit into this narrative?

They probably see it as the nutritional equivalent of black face.

That’s okie dokie because it comes from cows of color. More importantly, what about the Black Angus genocide. You never see a steak with a note on the package that it is certified Charolais beef. BCM!

College has never made anyone smarter. Even the Ivies don’t actually improve their students’ prospects; rather, they accept those students who are likely to succeed anyway. There have been studies showing that those who were accepted into an Ivy League college but choose not to go do just as well as those who do go.

According the this twit of nits:

“…While this is a very practical health benefit, osteoporosis affects Africans at a significantly lower rate than it does most Americans.”

B-b-b-but, don’t ALL Black lives matter? What if this will benefit and save “even one(!)” Black life? Are you willing to ignore that one, potentially saved Black life just to poke your boney, crocked finger into Whitey’s eye?

Sure you are, you race-monger!!!

I sure hope you ‘practice what you preach’ and should you ever have a child, withhold that evil racist beverage. And no taxpayer-funded Nutramagen either. Let’s see how that kid grows up. Idiots!!

does anyone think that we, sane whites (and others that still have any sanity) might decide to go back to our homeland (wherever that might be) and let the others destroy this land pf MILK and Honey and then return here to start over with a less toxic human environment. this is obviously a late Halloween Prank.

pass the large drumstick and a bottle of Bud,
i need to lay down on the couch……

Samantha, your data is correct … but woefully incomplete. You forgot to mention that the mortality rates for both black men and black women suffering hip fractures related to osteoporosis are significantly higher than for other ethnic groups. Guess what? The milk you condemn has been shown to level these numbers; i.e., while you may have a somewhat lesser risk of osteoporosis, your risk of dying if you should get it are much higher!

[sarcasm]
But go ahead and preach your theory; how can the simple facts compete with your obviously superior speculations?
[/sarcasm]

What.Is.Wrong.With.These.People?!?!?! Have they no ability to see ANYTHING except race, racism, and racialist motives EVERYWHERE?

It is a special kind of paranoia. RACISM. Real RACISM. Where you see only RACE, think only RACE, and believe everything both good and evil is about RACE.

To think that these people were TAUGHT (read: brainwashed into thinking this way) this is even more frightening……….