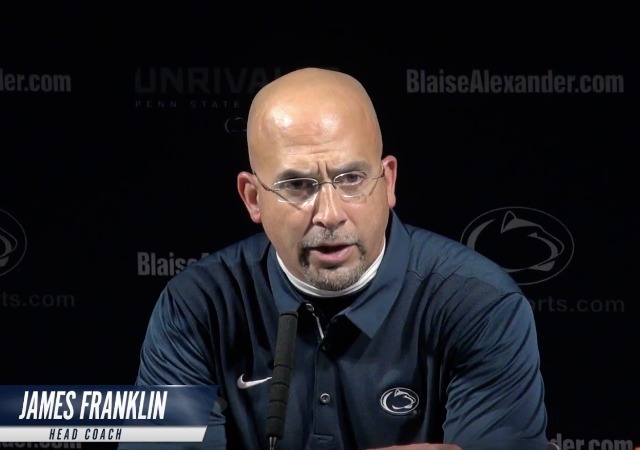 PSU coach James Franklin was not having any of that. From Yahoo Sports:

Immediately after Michigan State’s Matt Coghlin made the winning field goal as time expired, cameras panned to Franklin who was curiously sprinting toward some of his players, who were heading to the visitors locker room. It quickly became clear he wasn’t happy linebacker Koa Farmer decided not to shake hands with any MSU players. Franklin instructed Farmer and others to turn around and do so.

After the game, Franklin made it clear he was running to make sure his players shook hands with the MSU players.

“To make sure everybody’s clear, and don’t misinterpret this at the end of the game that I was running off the field. I would never do that,” Franklin said in his opening statement.

This was important. The coach was great.

Imagine sports with sportsmanship. Looks like Penn. State picked the right coach to rebuild the program.

Winning with class not “in” right now in America. In fact, neither is class.

Back in the 70s as a kid playing Pop Warner football in NYC the thought of not lining up to shake hands with the other team, win or lose would never have crossed our minds. It wouldn’t have been a football game if the other team wasn’t there. Glad the coach gave them hell.