“Unfortunately, in our culture today, there is a negative stigma to that term” 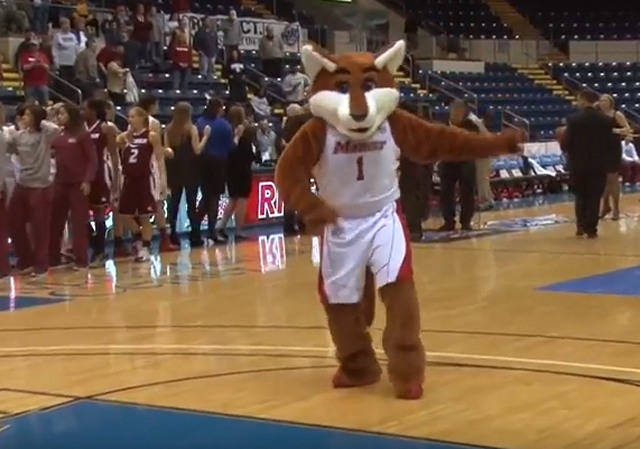 The mascot has absolutely nothing to do with any shootings. Doesn’t this seem a bit extreme?

Marist College is changing its mascot’s name from “Shooter the Fox” because of recent mass shootings in the United States.

The Athletics Director for the New York-based college said Wednesday he no longer feels it is appropriate to perpetuate the term “shooter” because of its negative connotations, reports the Poughkeepsie Journal.

“Unfortunately, in our culture today, there is a negative stigma to that term ‘shooter.’ And I just didn’t think it was appropriate for us at this time to perpetuate that term,” Marist Director of Athletics Tim Murray said. “We had a couple people who have commented but many of them frankly have been positive. They understand. They get it.”

The Athletics Department changed “Shooter the Fox” to “Frankie the Fox” — “Frankie” appeared on the back of the mascot’s jersey for the first time this past weekend.

Murray said he first became aware of the term’s negative connotations after the Las Vegas mass shooting that killed 58 and injured about 500. Perpetrator Stephen Paddock was referred to as the “shooter” by media outlets before investigators released his name. Of course, “shooter” is also a common term in the sport of basketball.

They say “New York-based college” because they can’t spell Poughkeepsie.

By “they” I assume you mean the Daily Caller. But they spell it correctly in the very same sentence.

Marist is a basketball school. I wonder what Shooter could have stood for?

Next up: shooting will be banned in basketball, hockey, and soccer.

They need to get rid of the fox, quickly and completely. Everyone knows that the term “fox” denotes an attractive female and no one wants to degrade the whole of females and wanna be females by thinking that some skanks are really skanky! Oh the humanity!