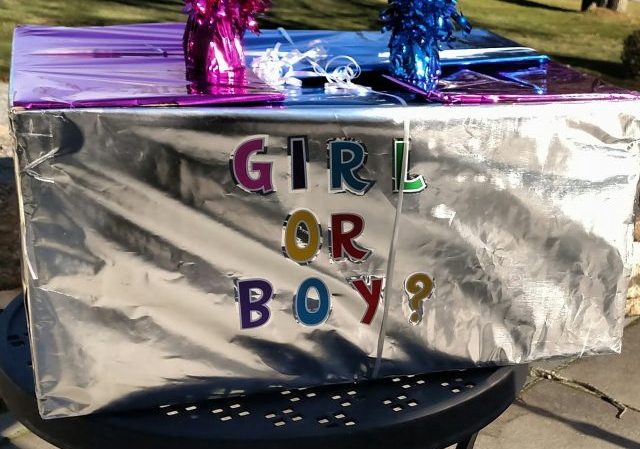 I recently attended a “baby reveal.”

It’s often done by cutting a cake to reveal pink or blue inside, for girl or boy. This time it was a box filled with either pink or blue balloons. We only found out when the box was opened.

Such an event probably would not be allowed on many campuses in the current climate.

Next up: the “gender reveal”.

Then: the “sexual identity” reveal.

After that: the “sexual preference” reveal.

And more to be added, as needed.

These parties are usually called gender-reveal parties. That the woman is pregnant is already known, so it’s not a baby (fetus?) reveal.

And they’re just another excuse for a gift grab, so I don’t attend any. Seriously, send me an e-mail and just let me know. Or don’t. No one cares as much as the parents.