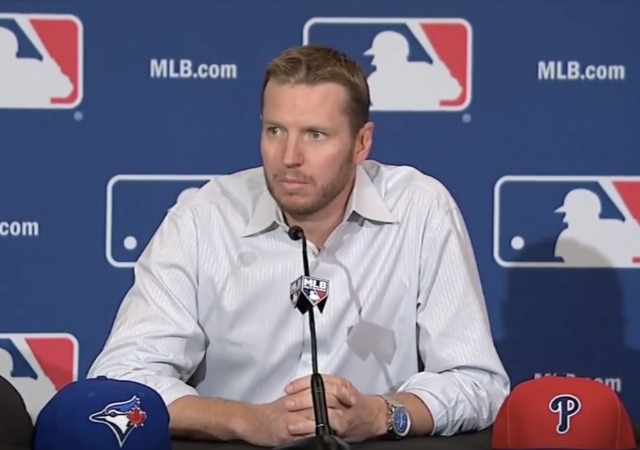 Eight-time All-Star, two-time Cy Young winner Roy Halladay died on Tuesday when his plane crashed into the Gulf of Mexico off the coast of Florida. From USA Today:

The plane was registered to Halladay’s father crashed and plunged into water that was six feet deep, according to police. Halladay was the lone passenger.

The Pasco Sheriff’s Office Marine Unit responded to a call at noon ET that a single-engine, light-sport category aircraft matching Halladay’s tail numbers was “upside down in shallow water” and that recovery efforts were ongoing.
National Transportation Safety Board spokesperson Terry Williams told USAT TODAY Sports that the agency’s investigators are scheduled to arrive at the scene of the crash Tuesday evening.

“The FAA will release the aircraft registration after local authorities release that information. The Federal Aviation Administration will investigate. The National Transportation Safety Board will determine the probable cause of the accident,” FAA spokesperson Kathleen Bergen said.

His 16-year career began in 1998 with the Toronto Blue Jays until 2009. He spent the his final four seasons with the Philadelphia Phillies before retiring in 2013. He was an eight-time All-Star and finished in the top 5 of the Cy Young Award seven times.

On May 29, 2010, Halladay pitched the 20th perfect game in baseball history, beating the then-Florida Marlins 1-0.

Less than five months later on Oct. 6, 2010, he threw the second no-hitter in postseason history against the Cincinnati Reds in Game 1 of the 2010 National League Division Series.

After the 2013 season, he signed a ceremonial one-day contract with the Blue Jays and announced his retirement from baseball due to constant back injuries.

We are saddened by the tragic news that Roy Halladay, 2-time Cy Young Award winner & 8-time All-Star, has died in a plane crash. He was 40. pic.twitter.com/SOFv3bOLyt

We were together in this journey as Canadian Baseball Hall of Famers, now you are gone. RIP Roy Halladay pic.twitter.com/x5Vv0r8djx

The Federal Aviation Administration will investigate. The National Transportation Safety Board will determine the probable cause of the accident.

And this is one of the many reasons why government isn’t terribly good at things.