“Mr. Horovitz then led her to his bedroom, where she said he raped her.” 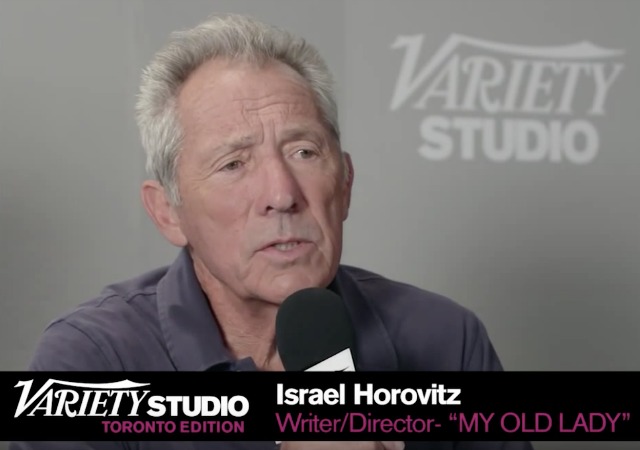 The New York Times has reported that nine women have accused famous playwright Israel Horovitz of sexual assault, including some when they were minors. The Times reported:

In 1986, Maddie Corman was a 16-year-old actress performing Off Broadway as her mother lay dying in a hospital bed, hours after having a stroke. Backstage, Ms. Corman was consoled by Israel Horovitz, the show’s 47-year-old playwright and her mentor. As she prepared to go on, he pressed her against a wall and forcefully kissed her, she said in a recent interview.

Jocelyn Meinhardt was 19 when she began a summer fellowship in 1989 with Mr. Horovitz at the Gloucester Stage Company in Massachusetts, where he was artistic director. She knew Mr. Horovitz; one of his sons, Adam Horovitz, who would go on to fame with the Beastie Boys, had been her high school boyfriend. That first night, she said, Mr. Horovitz drove her in his convertible — its license plate read AUTHOR — to the family home. He locked the door, then kissed and fondled her. She began to cry. Mr. Horovitz then led her to his bedroom, where she said he raped her.

In 1991, when Frédérique Giffard was 16 and an au pair for Mr. Horovitz, she said he groped her breasts and placed her hand on his erect penis. And last year, Maia Ermansons, then 21, said that when she met to discuss a theater project with Mr. Horovitz — whom she had known since she was a girl — he kissed her hard and cupped her breasts, remarking how “large and beautiful” they had become. Stunned, she replied, “Thank you.”

This is what Horovitz said:

In response to questions this week, Mr. Horovitz, 78, told The New York Times that while he has “a different memory of some of these events, I apologize with all my heart to any woman who has ever felt compromised by my actions, and to my family and friends who have put their trust in me. To hear that I have caused pain is profoundly upsetting, as is the idea that I might have crossed a line with anyone who considered me a mentor.”

His son Adam Horovitz found fame with The Beastie Boys. He told the NYT he believes the women:

His son, Adam Horovitz, said in his own statement: “I believe the allegations against my father are true, and I stand behind the women that made them.”

no religion no moral compass – LibRules are always putting down Torah observers and see where it gets them.
there are historical reasons for the Pence rule.
teaching that is a higher being that they will be held account to helps in keeping your hands to yourself.