You can read his diary and see video from his son’s wedding. 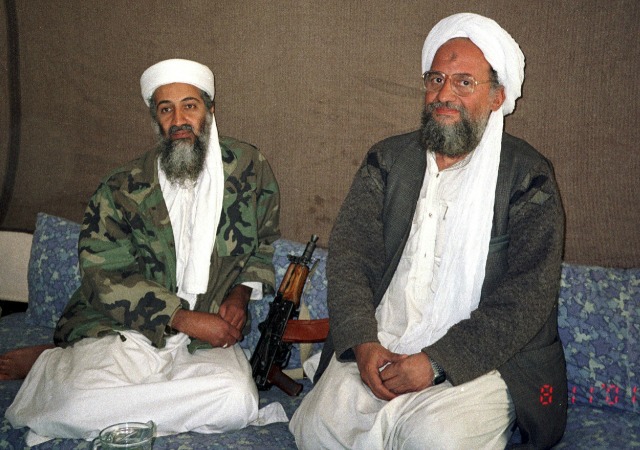 The CIA has released thousands of documents, videos, computer files, and pictures that U.S. forces captured during the raid on Osama bin Laden’s compound in Pakistan in May 2011.

FDD’s Long War Journal (LWJ) has been pressing the agency to release these items, which have given us insight into al-Qaeda and the man responsible for the September 11, 2001, terrorist attacks that killed over 3,000 Americans.

LWJ noted that al-Qaeda has published audio messages from Hamza since 2015 as a way to keep the bin Laden name relevant. They have not released an updated photo of the heir apparent though possibly as a way to protect him from assassins.

The CIA released a video from Hamza’s wedding, which supplied a more recent image of him. It’s not up to date, but it’s more current than the ones al-Qaeda has released. The video also shows “Mohammed Islambouli, the brother of Anwar Sadat’s assassin.” Sadat served as president of Egypt from October 1970 until his assassination in 1981 by those in the Egyptian Islamic Jihad, which included Khaled Al-Islambouli.

The documents also revealed that after the attack, bin Laden remained in charge of the terrorist organization up until the day of his death. He remained in contact with top lieutenants across the world along with other terrorist groups. It turns out leaders of other Islamic extremist groups like al-Shabaab “regularly sought and received the al Qaeda master’s direction.” The Taliban in Pakistan also appear in the documents.

LWJ said the documents showed that the subordinates didn’t always make bin Laden happy and he didn’t always like the direction they went. He sometimes told “his followers to hide their allegiance to him, calculating that it would cause additional problems if their fealty was acknowledged.”

Bin Laden also kept up with current events, especially with America’s wars in Afghanistan and Iraq. One of his followers translated the book Obama’s War for him “so that he could understand the Obama administration’s strategy for these conflicts.”

The release included bin Laden’s 228-page journal, which has an entry from the day of his death:

The notebook contains the al Qaeda master’s private reflections on the world and al Qaeda’s place in it. Some of the pages contain bin Laden’s thoughts on the 2011 Arab uprisings, which bin Laden wanted his men to capitalize on. While al Qaeda did not predict the revolutions that swept through North Africa and the Middle East, it moved quickly to set up operations in countries such as Libya.

1. This entry dated April 1, 2011 shows bin Laden keeping up with the large protests in Douma, #Syria that day. #OBLdocs pic.twitter.com/AZJyQW895u

2. Also talks about the then current state of the revolution in #Libya and the political situation against Gaddafi #OBLdocs

3. Referring to the protests in Syria, bin Laden says “these are serious and important developments in the region.” #OBLdocs

In his notebook, bin Laden answers a question about who would list as a religious influence: “I was committed with the Muslim Brotherhood. Their resources were limited. I read Sira (prophet’s biography). Meeting once a week, a set of pages. Religious influence wasn’t much.” pic.twitter.com/ljeMKwC5sw

Another important aspect of the documents is the relationship between al-Qaeda and Iran:

The author explains that Iran offered some “Saudi brothers” in al Qaeda “everything they needed,” including “money, arms” and “training in Hezbollah camps in Lebanon, in exchange for striking American interests in Saudi Arabia and the Gulf.” Iranian intelligence facilitated the travel of some operatives with visas, while sheltering others. Abu Hafs al-Mauritani, an influential ideologue prior to 9/11, helped negotiate a safe haven for his jihadi comrades inside Iran.

However, things fell apart when al-Qaeda supposedly violated the terms of the agreement with Iran, which led the Iranian regime to crackdown on the jihadists. Despite this, the author stressed that al-Qaeda and Iran are not at war, especially since they have America as a common enemy.

That didn’t stop arguments between al-Qaeda and Iran:

Bin Laden’s files show the two sides have had heated disagreements. There has been hostility between the two. Al Qaeda even penned a letter to Ayatollah Khamenei demanding the release of family members held in Iranian custody. Other files show that al Qaeda kidnapped an Iranian diplomat to exchange for its men and women. Bin Laden himself considered plans to counter Iran’s influence throughout the Middle East, which he viewed as pernicious.

The fellow next to bin Laden would make such a fine corpse.

You can read his diary and see video from his son’s wedding.

I tried to read from the diary, but I can’t understand a thing. All I see is scribble-scrabble.

About the video: No, thank you. I watched “Kaitlyn” Jenner in a swimsuit a week ago. My eyes, my stomach can’t take another blow.

That’s why they invented ice picks and Tums.

We’ll find out that the wedding was paid for by the same hillary clinton “foundation” that paid for chelsea clinton’s wedding.

Interestingly, and as additional evidence that James Clapper is a serial liar and likely criminal, on Jan. 19, 2017 (the day before Obama left office) the Office of the Director of National Intelligence falsely claimed to have released “the final tranche of [Bin Laden] documents” –

Another interesting discrepancy we learned from today’s dump is that contrary to the Obama narrative, Bin Laden remained in control of significant Al Qaeda operations and resources throughout his hiding.

Conclusion: Nothing any of the Obama Intelligence Agencies said is to be believed.