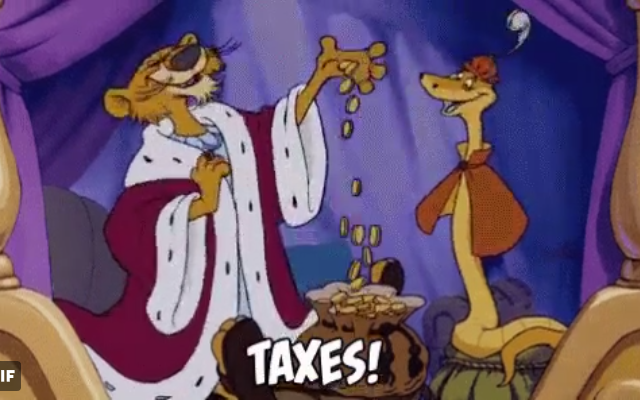 As I noted earlier this year, California’s state politicians voted to hike the gas tax in the name of “infrastructure.”

The tax went into effect on November 1, and now California Republicans are planning to campaign for a repeal of the tax.

Reps. Dana Rohrabacher of Costa Mesa and Darrell Issa of Vista, both vulnerable Republican House members who represent districts in Orange County, reiterated their opposition to the tax hike in separate statements Wednesday.

Issa called the tax increase “misguided” and called for its repeal, and Rohrabacher predicted the “beginning of a new tax revolt.”

“The price we pay to fill our tanks is not so much the cost of gasoline itself — now in abundant supply,” Rohrabacher’s statement read, “but is calculated for the benefit of power-hungry politicians.”

Both of them signed on to a letter last month supporting the repeal of the gas tax increase, which Republicans across the state are hoping will galvanize GOP voters to turn out to the polls in 2018.

This may be one of the few, successful campaigns run by state Republicans. Many Californians are on to the scheme:

Thanks to the new #taxcutandjobs act I can now pay for @JerryBrownGov ‘s gas tax! Government taketh & govt taketh some more. #gastaxtrophe pic.twitter.com/ZokuN24BbV

Who Is Pelosi To Lecture Middle Income Americans On Taxes…Look Up California Gas Tax @NancyPelosi https://t.co/9ytATh6vp9

Have you once tweeted about the gas tax increase in California? This directly will hurts poor ppl… do you care?

Back in 2009, the California Tea Party groups successfully spear-headed the defeat of tax-raising Proposition 1A, so there is a chance something could be organized that might help average Californians retain more of their money. California. One such effort has been going on since this summer, which includes a reminder that only 20% of the current gas tax goes to road repairs.

Meanwhile, what is our eco-activist governor planning?

Jerry Brown is planning to emit a significant amount of carbon into the atmosphere, as he jets his way to a “Climate Change” workshop at the Vatican and continue with a European tour.

Roughly two dozen public events are planned over 10 days, starting with a speech at a Vatican symposium on Saturday….

After the Vatican, the governor is bouncing between Germany and Belgium, plus a stop in Norway to meet with scientists. He’s holding press conferences with the president of the European Parliament and the minister-president of Baden-Württemberg, a German state that has collaborated with California on an international climate pact.

Once the Bonn conference begins, much of Brown’s focus will be on how states, provinces and other local governments can tackle climate change absent stronger action from national leaders. He was named a special advisor to the U.N. conference for states and regions earlier this year.

Once again, Brown is engaging in progressive activism glamor instead of dealing with the challenging practicalities, such as infrastructure and public health, that are vital to the citizens he is suppose to represent.

They’ll find a republican or three to support the tax and keep it in place, they always do.

I don’t blame Californians who think that this “infrastructure” tax will be applied, not to the crumbling roads, but to debt payment and that insane rail project. If California were to re-direct its current tax revenues to needed projects and avoid boondoggles things might be better.

if Californians are dumb enough to keep reelecting the party which abuses its citizenry, so be it.

the poor will be hardest hit as fuel, food, heating, cooling costs will go up.

for the wealthy this is just a blip, for the poor each general tax (sales, gas, electricity) is a real hurt.

Jerry Brown is the idiot who did the most damage to the state during the joke of his first term as governor as a younger man.

The travesty is that he’s been elected to fix it.

A loop of insanity.

Y’all do realize that if somehow it is repealed, a court will rule that the repeal violates the Lèse-majesté clause of the Constitution of the Peoples’ Democrat Republic of Alta California. The Politburo slipped up and let Proposition 13 become law in the 1970’s. They have no intention of letting the people intrude again.

Wonder how much of that gas tax will be going to pay for Moonbeam’s European Vacation? Or will it just come out of General Revenue (that’s where the gas tax receipts will wind up anyway).

Never thought of old Moonbeam as Prince John, but it sure does fit.

The state pushes for alt-energy vehicles then remain puzzled as to why gas tax revenue has dropped. Their solution – raise the gas tax. Of course that’s pretty much the standard Democrat solution. If they continue pushing towards alt-energy vehicles they’ll need to shift their infrastructure support taxation to another model. I suspect they’ll start taxing based upon miles driven or a flat fee if you opt-out of the first option. Newer vehicles could probably be easily modified to track and report mileage but older vehicles would have to fitted with a device to track your driving. I would suspect these would be GPS based. Either way the government will have the means of seeing not only how much you have driven but where (of course they’ll promise never to use the latter).