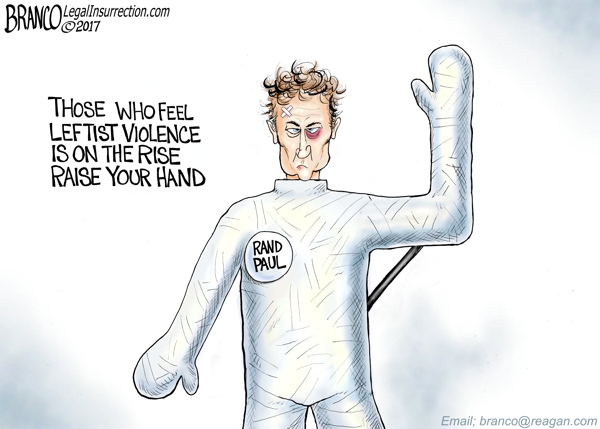 Sadly, this is becoming the norm.

Why does anyone NEED an AR15?

Because Democrats, that’s why.

a hand gun, with a carry permit is more effective.
an AR15 is NOT a defensive weapon and damn sure not a hunting rifle.

and yet, quite a hoot.

Yet is is one of the most popular hunting rifles in America. Do you know something America’s hunters do not? Are thousands upon thousands of hunters wrong to use AR-15s because it is “damn sure not a hunting rifle”? Where did you get this information from? An AR-15 is a firearm that launches a relatively small bullet at high velocity. It is, in this respect, no different from many other light hunting rifles that launch similar (if not identical) bullets at their prey. Are you drinking Kool-Aid that makes you believe an AR is different because it looks different? Or because it’s semi-automatic (like many hunting other hunting guns including both rifles and shotguns)?

An AR-15 was used to chase away and kill the Texas shooter. Would you have stopped the man who used it? “Wait, don’t use that gun! It’s NOT a defensive weapon!” It has recently been used defensively in a few other lethal force situations. Have the owners of those ARs abused their firearms by using them for a purpose for which they were not designed?

Is the AR-15 an offensive weapon? That would be quite a trick, because firearms are inert. “Defense” and “offense” are methods of weapon employment that require human agency. They have little to do with the firearm itself. Even machine guns are meant to keep an opponent’s head down to protect friendlies from the enemy’s fire (suppressive fire) – that’s a defensive use. Why doesn’t the AR-15 qualify as a defensive weapon when it is plain it can be used as one? (Granted, it can be used offensively, but so can a handgun, an erstwhile “defensive” firearm.)

Why do you assume that we will ALWAYS and exclusively be on the “defensive” against the Left? Eventually, if the Leftist attacks continue, it will be two sided.

Bill, this is the sentiment that your blog is now fomenting.

Your blog, which you started on the suggestion of one of the “leftists” this commenter is talking about going on the offensive with firearms against.

The professor I knew would condemn this kind of talk, which has become all too common in the comments section of this blog. He cared more about his principles than he did about being popular with the lowest common denominator.

An AR15 is a super hunting rifle. Just depends on what you hunt and where you’re hunting it.

Armchair meat-eaters who have no stomach for hunters, should avoid eating or using any animal product – unless they watch these videos on the slaughterhouses feeding them:

“An AR15 is a super hunting rifle. Just depends on what you hunt and where you’re hunting it.”

Yep. In fact the powerful, military rifle designed to kill large numbers of people (as the MDM likes to describe the AR-15) is so anemic (relative to more traditional hunting rifles) that some states don’t allow deer hunting with it! But some states do, and many owners use their AR-15s against varmints of various sorts on farms, around livestock, and in rural areas in general.

That should be “MSM.”
Edit feature, please!

It is when it is used for defense.

As would be a pistol or a knife.