“Progressive Stacking” – White Males go to the back of the line 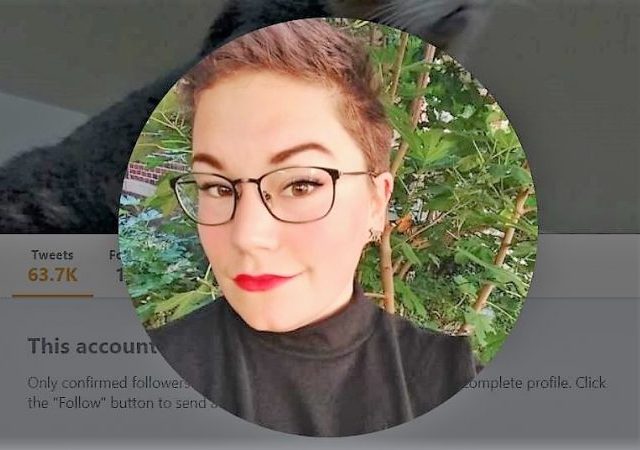 A Teaching Assistant at the University of Pennsylvania named Stephanie McKellop is under fire for saying she calls on students according to a very specific racial and gender pecking order.

The story came to our attention through this tweet:

It didn’t seem believable at first glance, but it’s real.

“I will always call on my black women students first. Other POC [people of color] get second tier priority. WW [White women] come next. And, if I have to, white men,” University of Pennsylvania teaching assistant Stephanie McKellop said in a tweet from an account linked to her name that has now been protected.

McKellop said that an “amazing” professor taught her that policy during her undergraduate career.

“In normal life, who has the easiest time speaking, most opportunities? Flip it,” she said in another tweet.

“The classroom is the place YOU get to control social setting,” the TA continued. “Prioritize and encourage voices who are talked over most often.”

McKellop is a marriage and family historian “with interests intersecting in areas of gender, sexuality, the body, and race.”

The Chronicle of Higher Education has more:

A graduate student at the University of Pennsylvania said administrators pulled them from the classroom over the use of a teaching technique, according to a set of messages on Twitter.

Stephanie McKellop, who uses they/them pronouns, wrote in a series of posts that are set to private that the university was going to condemn McKellop for using progressive stacking, a method aimed at offering marginalized students a greater chance at speaking in the classroom. McKellop, who is in the department of history, accused the university of caving in to the pressure of outside agitators.

“Hi Friends, the University of Pennsylvania is issuing a press release condemning me and my teaching practices. It comes out tomorrow,” McKellop wrote in one of the messages. “Because this involves calling on Black students more readily than white men, the white nationalists and Nazis were very upset.”

Professor Jacobson wrote about “progressive stacking” several years ago in a post about the practice in the Occupy Wall Street Protests:

The most interesting thing about the progressive stack is not that it is racist or sexist, or that it is a caricature of racial and feminist critical thinking.

Colleen Flaherty of Inside Higher Ed reports that McKellop may be dropped by her program:

Anyone who’s ever taught a class knows some students say more than others. And most professors eventually develop some way of encouraging quieter students to contribute. In one more formal discussion-management technique, called progressive stacking, professors call on students who may be — for a variety of reasons — less likely to have their say. While every student is different, the reasons typically reflect the implicit biases observed outside the classroom, such as those related to race, gender, religion, sexual orientation or disability status. So, according to progressive stacking, a professor would call on a black or Latina woman before a white man, for example.

There’s the rub, at least in one class at the University of Pennsylvania. Stephanie McKellop, a graduate teaching assistant in history there, says she is under attack by fringe-right groups for using progressive stacking in her classes and then tweeting about it. Worse, she says, the university is cowing to such groups instead of supporting her. She’s claimed on social media that her classes were canceled this week and she may be asked to leave her program.

So she sees students for nothing but their race, but it’s “fringe right” groups who are to blame for her woes. She’s the victim here, not her students. That’s the left for you.

And, she has no clue. Why do I suspect that her ceaselessness extends to the content of her teaching as well as the process?

She thinks the mirror is a window.

That was “cluelessness” not “ceaselessness” – thank you spellchecker. Perhaps I am not using a real word…

notamemberofanyorganizedpolicital in reply to TX-rifraph. | October 21, 2017 at 11:54 am

That “thang” teaching “assiiiiiistant” is a BIGOT.

Studies here and in the UK show that Caucasian males suffer from more poverty and are able to obtain less higher education than multiple other groups.

That reminds me of how studies have also find the more “higher education” people have, the easier it is to CON them.

Kind of a pretty bag of toxicity.

That was my first thought, also – what a cute young woman. Pixie-ish, gamine. My daughter has a similar style. Unfortunately, my daughter also has some of the same political leanings as this young woman. Sigh.

I hear you. We can but live in hope. Lots of times, people do grow up…

only if you like the constipated my sh*t don’t stink smirk….

~~~She’s just behaving as an athlete would. Do the easy, stretching exercises first, before taking on any hard work.

“McKellop is a marriage and family historian ‘with interests intersecting in areas of gender, sexuality, the body, and race.’”

~~~Seriously, are there any self-respecting white males who would sign up for such utter nonsensical courses?

Maybe there’s a selection of courses they need to fill a gen-ed or social justice requirement; that is why they are there.

Danger Will Robinson…. calling on whites last can backfire if everyone called before can’t answer the question.

When the answer is some version of eff white people then they have a pretty good chance of arriving at the right answer if they’re sitting in this class.

I’ve noticed these kooks often use an upper case “B” when they talk about back people but a lower case “w” for white. I guess the point is to symbolically give more status to blacks than whites.

If you don’t believe in true equality – equal treatment under the law and equality of opportunity – then your multi-ethnic society is going to turn into tribes and collapse.

It’s the same thing as capitalizing Deaf. It’s a reference to the identity rather than the physical trait. “White” isn’t an identity, except when referring to White supremacists, so it doesn’t need to be capitalized.

This whole promotion of identity politics is, of course, dangerous nonsense, but that’s what it is you’re seeing.

A bit on the old side to be a graduate assistant. Her whole description of herself on her twitter feed is “look at me, I’m too cool and clever for school”.
I can only imagine how here thesis will read.
Ugh. Where do universities find these people?

The universities create them when they offer [grievance-group] studies courses.

Just tell her she is losing her job to a PIC.

If she contests it, she’s a hypocrite

Whatever happened to non-discrimination? Glad UPenn fired her. Otherwise it would seem to me that white men and even white women and people of color other than black would have excellent grounds to sue.

So now she’s just one more unemployed “family and marriage history” historian. How will she pay for her $200,000 in student loans? Something tells me she’s a Bernie supporter.

If she’s so opposed to progressive white males, why does she dress up like one?

“…Because this involves calling on Black students more readily than white men….”

This is actually grounds for someone to sue the school for discrimination, since she posted it on a public forum.

And she somehow thinks that making decisions based on race and sex is NOT racist or sexist?

More evidence that the left truly are mentally ill…..delusional!

She’s just small fry. The person they need to get rid of is her ‘amazing’ professor.

…and the “amazing” PROfessor’s Administrators………

Maybe she was referring to calling roll. Which is still more responsibility than she deserves.

It is maddening that taxpayers bear the burden and that a sucubus like her can subsist on the succor of the subsidized student loan and Pell Grant programs (and to some extent the Fulbright program, that provides grants and other aid to foreign students to attend US schools). There is no reason for such an academic program to exist except as a “make work” project and to cash in on the flood of taxpayer provided funds before someone else does.

Academic institutions are a lot like the Cellfare/Obama phone providers. The Cellfare providers see that big fund of money created by taxing our programs and know that if they do not pass out millions of phones to get users on their network consuming time and allowing the provider to milk the fund, then the other guy will. It’s the modern day open access problem first described as the “Tragedy Of The Commons.”

This kind of ‘useful idiocy’ is mere corruption: the college professors themselves are completely corrupt: ridiculously overpaid, little work, no responsibility – other than the tow the leftist party line so they get hired and promoted.

This is the same as the public school system, where corrupt, mind-blowingly overpaid administrators hired by democrat hacks in turn hire incompetent, but loyal hacks to corrupt students’ minds.

Talk about ‘vast right wing’ conspiracies? Funny, but anything hillary clinton accuses the right of, she and the left have been guilty of for years.

The left always telegraphs its guilt: by accusing our side of exactly what they are secretly doing.

They also know they’ve got protection from the crying boehners and the warped mccains.

A GOP without the ‘e’ is the only hope for our country.

Those of us working in real areas of study would appreciate it if you would delineate these fake majors and degrees from us. We don’t get overpaid and have lots to do. We are often run ragged by corrupt administrators, some of which you have seen on display on this very site.

We know. Keep up the good work. You are doing more good than you realize.

Note the possessive use of “my”. People’s word choice always give them away.

Update: Now she’s complaining that Penn State should have defended her from Nazis.

It’s University of Penn, not Penn State. A super-rich Ivy league enclave nestled right on the edge of a working class black neighborhood that provides all of the secretaries, janitors, and food service workers for Lil’ Miss Progressive on campus while she virtue signals her way through a free PhD in useless studies.

I would challenge this super-woke white Penn grad student to start walking due west from campus at midnight right through the heart of the real West Philadelphia and file a complete report if and when she makes it back to her cushy little University City abode alive.